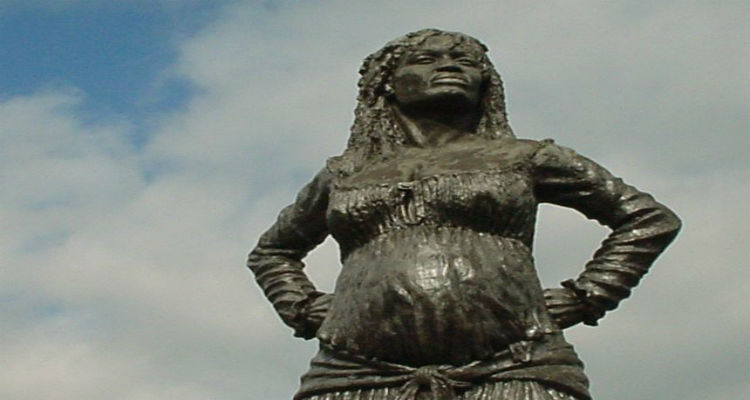 “As for Solitude, not only does her name now grace squares and avenues in Guadeloupe but she has also become a poem, a song, a library, and a museum room. She has even transformed herself into a very beautiful tune, played on country drums straight from Africa, whose sound she heard when she was still alive, when her companions, the maroons of La Goyave, played. . . .”

Solitude was the daughter of an African woman, who was probably raped on the slave ship, which transported her to the Americas, by a French trafficker/sailor. She was born in the Maafa in Guadeloupe in 1772, and sometime after her birth, her mother fled the plantation where she was enslaved, leaving Solitude with her enslavers. Solitude, immortalized by André Schwarz-Bart’s eponymous novel (1972), was a brown-skinned woman of legendary beauty. Each of her eyes was of a different coloration. It is alleged that her exquisite good looks led powerful békés (a Antillean creole term to describe French invaders/settlers) to fight one another with the hope of getting Solitude. 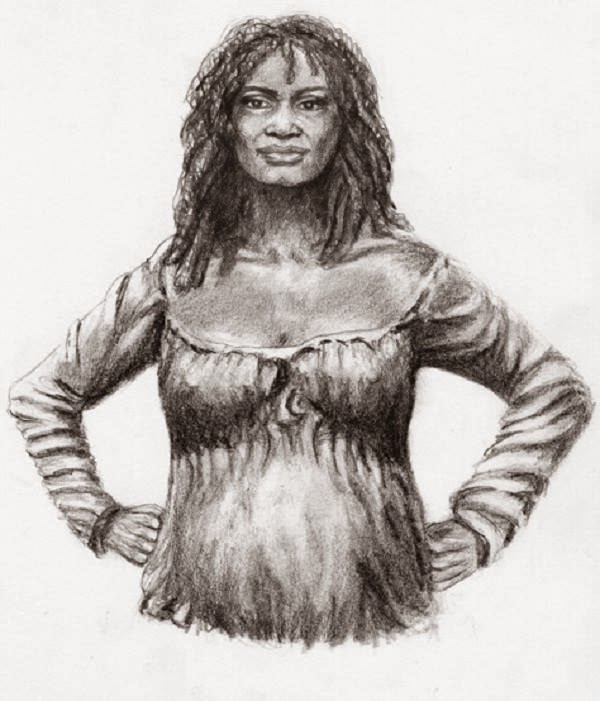 In 1793, a Maafa uprising started, which made the French colonalists turn to the British and ask them to occupy the island. In an effort to take advantage of the chaos ensuing from the French Revolution, Britain attempted to seize Guadeloupe in 1794 and held it from April 21 to June 2. When the French retook the island, they freed the bondpeople, who revolted and turned on the British who controlled the sugar plantations. However, when their American interests were threatened, Napoleon Bonaparte sent a French force to suppress the warriors and reinstitute the Maafa.

Solitude was freed in the first abolition of 1794 but, after Napoleon restored the Maafa in the French colonies in 1802, she escaped and joined freedom fighters, Louis Delgrès and others. She is remembered as a fierce and fearless warrior, expertly wielding a machete against the French troops. When Delgrès and his warriors died in an explosion, Solitude was among them and she was seriously injured. She was captured and sentenced to death but because she was pregnant, she was executed after she gave birth on November 29, 1802. No one knows the whereabouts of the child.

Solitude’s name now graces squares and avenues in Guadeloupe. She has also become a poem, a song, a library, and a museum room. Her name is also a very beautiful tune, played on country drums straight from Africa.

General Dessalines honored the Black heroes of Guadeloupe with the following lines from a letter he wrote. These lines testify to the solidarity and interaction between the revolutions in Haiti and Guadeloupe, a fact documented by Henri Bangou in his Histoire de la Guadeloupe:

“Wrecked and devastated Guadeloupe; its ruins are still smoking with the blood of children, women, and old men, felled by the sword; Pelage himself a victim of their tricks, after having cowardly betrayed his country and his brothers, the brave, immortal Delgresse was spirited away into the air along with the debris of his fort rather than accept the chains. Magnanimous warrior, your noble death, far from astonishing our courage, will merely tease the thirst in us to avenge or follow you.”