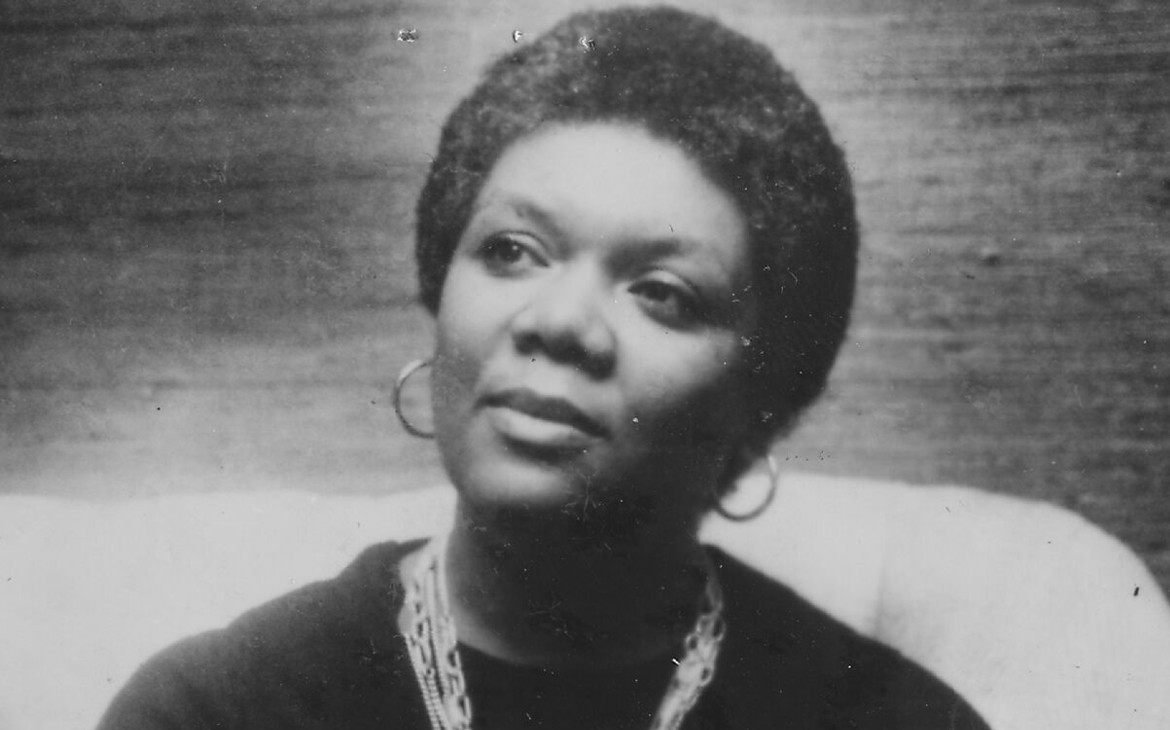 “I write to celebrate life.”

“I would like to be seen as a woman whose roots go back to Africa, who tried to honor being human…”

Lucille Clifton was a distinguished award-winning poet, who from 1979 to 1985 was the Poet Laureate of Maryland. Clifton is the recipient of many honors including, a 1999 Lila Wallace Readers Digest Writers award; the National Book Award, for “Blessing the Boats: New and Selected Poems, 1988-2000”; the 2007 Ruth Lilly Poetry Prize; and the Frost Medal, from the Poetry Society of America. Clifton was the first author to have two books of poetry chosen as finalists for the Pulitzer Prize, Good Woman: Poems and a Memoir, 1969-1980 (1987), and Next: New Poems (1987). In addition to her numerous poetry collections, she wrote many children’s books.  Her children’s book Everett Anderson’s Good-bye won the 1984 Coretta Scott King Award.

Thelma Lucille Sayles was born in Dewpew, New York on June 27, 1936. She traced her family’s roots to the West African Kingdom of Dahomey, now the Republic of Benin. Growing up she was told by her mother, “Be proud, you’re a Dahomey women!” She cites as one of her ancestors the first Black woman to be “legally hanged” for manslaughter in the state of Kentucky during the time of the Maafa (Atlantic slavery) in the United States. Girls in her family are born with an extra finger on each hand, a genetic trait known as polydactyly. Lucille’s two extra fingers were amputated surgically when she was a small child, and her “two ghost fingers” became a theme in her poetry and other writings.

Clifton grew up in Buffalo, New York, and graduated from Fosdick-Masten Park High School in 1953. She studied at Howard University, before transferring to the State University of New York at Fredonia..

In 1958, she married Fred James Clifton, a professor of philosophy at the University of Buffalo, and a sculptor. Lucille and her husband had six children together, which included four daughters (Sidney, Fredrica, Gillian, and Alexia) and two sons (Channing and Graham).

In 1966, writer Ishmael Reed took some of Clifton’s poems to Langston Hughes, who published her poetry in his highly influential anthology, The Poetry of the Negro (1970). In 1967, the Cliftons moved to Baltimore, Maryland, and two year later she published her first book of poems, “Good Times,” which was listed by The New York Times as one of the year’s (1969) ten best books.

From 1971 to 1974, she was a writer in residence at Coppin State College in Baltimore, Maryland, where she completed two collections: Good News About the Earth (1972) and An Ordinary Woman (1974).

From 1979 Clifton became the Poet laureate of Maryland. In an interview with Charles H. Rowell, she said: “I was a Poet Laureate of Maryland, and I was asked to write a poem for the 350th anniversary of the State of Maryland, and there was a theme on “Our happy Colonial Days.” Well people who look like me didn’t have a whole lot of happy colonial days. And I think oftentimes a lot of American memory is myth… It is very important to me to face what actually happened, not what we wish; we should not try to put a good spin on it, not to leave out stuff. At any rate, I wrote a poem which goes, ‘They ask me to remember, but they want me to remember their memories, and I keep on remembering mine..’ Now it would have been easy to write a poem about what is expected. I always know what is expected, and I did write a poem that was decent enough for that anniversary.”

Clifton, who was recognised as a poet of unusual talent and versatility, authored several other collections of poetry, including Blessing the Boats: New and Selected Poems 1988–2000 (2000), which won the National Book Award; Good Woman: Poems and a Memoir 1969-1980 (1987), which was nominated for the Pulitzer Prize; and Two-Headed Woman (1980), also a Pulitzer Prize nominee as well as the recipient of the University of Massachusetts Press Juniper Prize. Her “poems are generally brief, delicate and incisive, and affirm Black life positively.”

Clifton was also the author of Generations: A Memoir (1976) and more than sixteen books for children, written expressly for an African-American audience.

From 1985 to 1989, she was a professor of literature and creative writing at the University of California, Santa Cruz, before becoming a Professor of Humanities at St. Mary’s College of Maryland. From 1995 to 1999, she was a visiting professor at Columbia University. In 1999, she was elected a Chancellor of the Academy of American Poets. In 2006, she was a fellow at Dartmouth College.

After facing the pre-mature death of her husband, cancer, a kidney transplant, dialysis, and the death of two of her six children, Lucille Clifton died on February 13, 2010, at the age of seventy-three.

Children’s books:
Three Wishes
The Boy Who Didn’t Believe In Spring
The Lucky Stone (1979)
The Times They Used To Be
All Us Come Cross the Water
My Friend Jacob
Amifika
Sonora the Beautiful
The Black B C’s
The Palm of My Heart: Poetry by African American Children. Introduction by Lucille Clifton