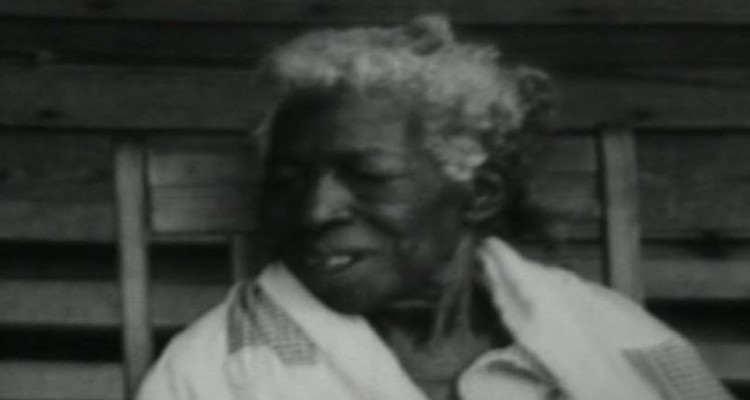 Redoshi was born in modern-day Benin and abducted from her home aged 12 before being sold as a child bride. She was renamed Sally Smith in the United States after arriving there in 1860 and stayed on the same plantation until her death in 1937 aged either 89 or 90. Redoshi was one of 116 West Africans transported to the U.S. aboard the Clotilda, which would later become notorious as the last slave ship known to have entered U.S. waters. Of the 116 victims, Redoshi is believed to have been the last one to die, making her the last known victim of the transatlantic slave trafficking of the English-speaking world.

Redoshi survived the Maafa and the imposition of Jim Crow laws during the post-Reconstruction era of disenfranchisement, and lived into the Great Depression. She lived long enough to become acquainted with people active in the civil rights movement; she is the only known female Maafa survivor to have been filmed and to have been interviewed for a newspaper.

The last surviving victim of the transatlantic slave trafficking was previously believed to be Oluale Kossola, who was also known as Cudjo Lewis and died in 1935.

Cudjo was interviewed by Zora Neale Hurston, who also seem to know about Redoshi. In July 1928, a few months after interviewing Cudjo, Hurston wrote to poet Langston Hughes: “Oh! Almost forgot. Found another one of the original Africans about 200 miles upstate on the Tombigbee river. She is most delightful, a better talker than Cudjo … But no one will ever know about her but us.” Why Hurston chose not to reveal Redoshi, we may never know.

Painstaking research from Dr Hannah Durkin at Newcastle University pieced together the history of Redoshi’s life from a variety of different sources. She first appeared in works by Hurston and later in a memoir by the civil rights leader Amelia Boynton Robinson. Redoshi also featured in a film released a year after her death by the Department of Agriculture called ‘The Negro Farmer: Extension Work for Better Farming and Better Living‘.

“These materials add hugely to our understanding of transatlantic slavery as a lived experience,” says Dr Hannah Durkin, at Newcastle University. “Now we know that its horrors endured in living memory until 1937, and they allow us to meaningfully consider slavery from a West African woman’s perspective for the first time.”

Redoshi was born in West Africa, in today’s Benin. Her village was attacked in a raid by Dahomey people, who killed her father and took her captive at about age 12, around 1860. She was sold to an American captain of the illegal slave ship Clotilda. She was forced to marry another captive, a man also from West Africa who was already married and spoke a different language.

“I was 12 years old and he was a man from another tribe who had a family in Africa,” Redoshi is quoted as saying to Mrs. Boynton Robinson. “I couldn’t understand his talk and he couldn’t understand me. They put us on block together and sold us for man and wife.”

Her husband was later referred to as “Uncle Billy” or “Yawith”.

Plantation enslaver Washington Smith purchased Redoshi upon her arrival in the United States. Smith renamed her Sally Smith, and she worked at the Bogue Chitto labor camp/plantation in Dallas County, Alabama, for nearly five years in both the fields and the house. Apparently, two of the Dahomey people who had kidnapped Redoshi and her kinfolk were also taken captive and transported to North America on the same slave ship. They worked alongside Redoshi in the fields, and she never forgave them.

After emancipation, Redoshi (aged 17) and her husband Yawith continued to live on the plantation, working as sharecroppers. The couple had a daughter together. Although Redoshi adopted Christianity, she also practiced her African spiritual traditions and taught them to her daughter. Yawith died in the 1910s or 1920s; Redoshi died in 1937. Her daughter was listed on the U.S. Census and in marriage documents variously as “Leasy”, “Luth A.”, “Lethe”, “Letia”, and “Lethy”, and had children.

The Horrific Lynching of Mary Turner