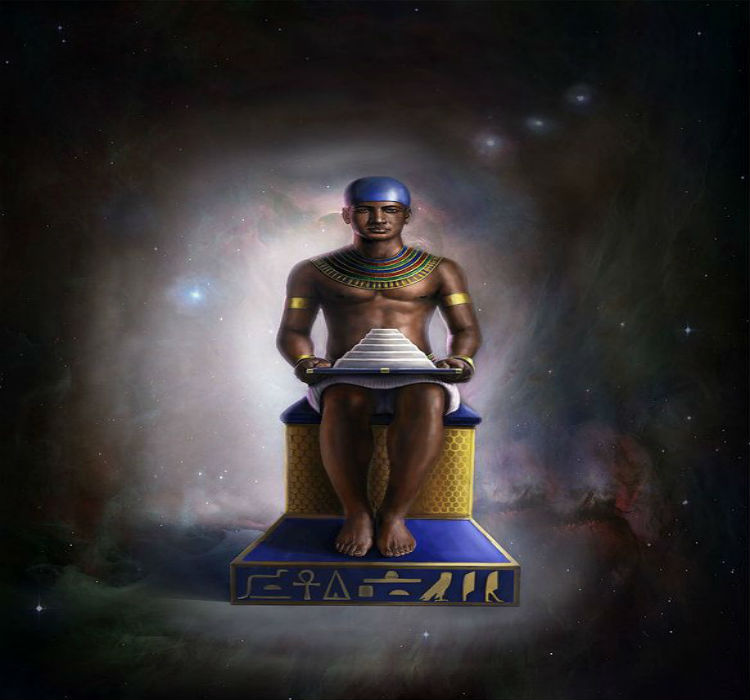 In this book, Stolen Legacy, George James argues that “Greek philosophy is stolen Egyptian philosophy, which first spread to Ionia, thence to Italy and thence to Athens.” James wrote in his introduction that the ancient Egyptians had developed a very complex spiritual system, called the Mysteries. The Egyptian Mystery System was also a Secret Order, and membership was gained by initiation and a pledge to secrecy. After the invasion by Alexander III of Macedon, the Royal temples and libraries of Kemet were plundered and pillage. The Egyptian Mystery System contained ten virtues and it is from this source that Plato copied what has been called the four cardinal virtues: justice, wisdom, temperance, and courage.

(Both principles equal Justice, which is the unswerving righteousness of thought and action.)

3. Steadfastness of purpose (which was equivalent to “Fortitude”. Fortitude meant such courage as would not allow adversity to turn us away from our goals).

4. Identity with a spiritual life or the higher ideals (which was equivalent to “Temperance”. Temperance meant gaining conquest of the passionate nature.)

5. Evidence of having a mission in life.

6. Evidence of a call to Spiritual Orders (which was equivalent to Prudence [wisdom], of deep insight that befitted the faculty of Seership).

7. Freedom from resentment, when under the experience of persecution and wrong.

8. Confidence in the power of the master (as Teacher/Mentor).

“When the student is ready the teacher will appear.”

9. Confidence in one’s own ability to learn.

10. Readiness or preparedness of the Ancient Mysteries of Egypt.

“Stolen Legacy” is one of the “must-read” African-Centered books, chosen by Runoko Rashidi.

Thank you for the knowledge!

5. Evidence of having a mission in life.

This sounds like Logos from the Frankl interpretation. i.e finding meaning/purpose in one’s life.