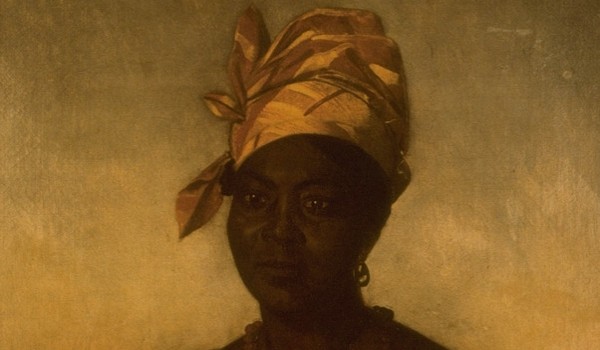 “Marie Couvent was the first [Black] woman to set the example of an enlightened charity, and that for a long time she was the only woman to enjoy this distinction is an undeniable fact.”

Marie Bernard Couvent was a wealthy free Black woman known and remembered for her philanthropy. Couvent was born in West Africa, and shipped to Saint Domingue (Haiti), but gained her freedom and lived in New Orleans, Louisiana, where she married, accumulated property and wealth – including bondpeople. In her will, she stipulated that her property at 1941 Dauphine Street in the Faubourg Marigny be used for the benefit of the poor Black orphans of the third district of New Orleans. She is best known for dedicating the property that would be used to construct the Institute Catholique, and since her death, her original property has continually served as a space for the education of thousands of African-American children.

We have very little information about the early life of Marie Couvent. In her will, she testifies that she was born in Guinea and shipped to the French colony of Saint-Domingue around the age of seven. Because of this, she lacked any memory of her parents and received no formal education. Throughout her entire life, she could neither read nor write. During the Haitian Revolution, like many other refugees, she fled the island and resettled in New Orleans. It is unclear exactly how she gained her freedom, but by 1806 she purchased two pieces of land in New Orleans as a free woman.

On October 27, 1812 she married Bernard Couvent a free Black carpenter. Their only children came from previous relationships. Like many free Black people in New Orleans the Couvents spoke French and attended Catholic mass. They owned at least twenty-three bondpeople throughout their lives, but petitioned the Orleans parish government to grant freedom to three of them. In 1821, Marie and Bernard Couvent petitioned for the freedom of an enslaved woman named Pauline. In 1829, Bernard Couvent petitioned for the freedom of two other enslaved women, Seraphine and Fillette. However, Bernard Couvent died on 22 May, before they were freed. In 1831, Marie Couvent refiled the petition, stating that the women had served her well and nursed her in times of illness.  She still had five other bondpeople at the time of her death, about eight years after her husband had died.

In her seventies, Marie Couvent informed Father Constatine Maenhaut, a priest at Saint Louis Cathedral in New Orleans, of her desire to help found a school for poor Black Catholic orphan children in her neighborhood. In 1832, she recorded her final will. It read, in part:

“I bequeath and order that my land at the corner of Grands Hommes and Union streets [now Dauphine and Touro] be dedicated and used in perpetuity for the establishment of a free school for the colored orphans of the district of Marigny.”

However, the school she had hoped to establish in her will was not built until twelve years later. A group of prominent free Black men created L’institution Catholique, and the first School for [Black] Orphans (“Ecole des Orphelins de Couleur”) was established. The school was the best of its kind during the Maafa (Atlantic slavery). All the teachers were Black. The children were instructed in French and English and history recorded their first teacher as Felicie Cailoux.

In 1940 a new public school in the Faubourg Marigny was named in Marie Couvent’s honor. However, the legacy of Couvent as a benefactress came under fire in the 1990s during a campaign to rename city public schools that venerated slaveholders.  The school was renamed A.P. Tureaud, in honor of the African-American attorney for the New Orleans chapter of the NAACP during the civil rights movement.