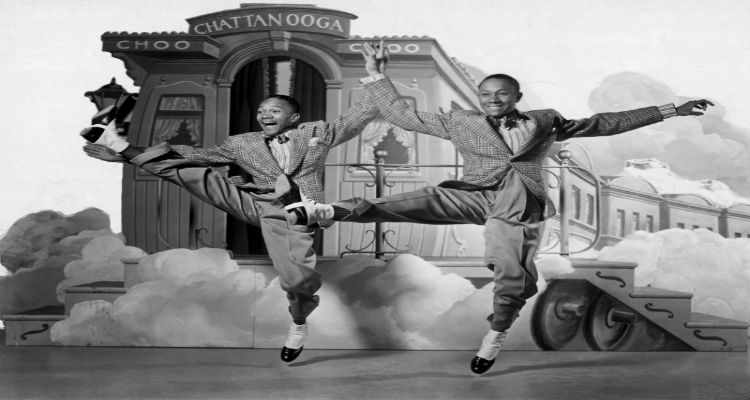 Harold Lloyd Nicholas, born on  March 27, 1921, was one half of the world-famous tap dancing pair the Nicholas Brothers. His older brother was Fayard Nicholas. They danced in vaudeville, on Broadway, in nightclubs and on television, combining elements of ballet, jazz, and acrobatics with tap in their routines to produce displays of dazzling virtuosity, which they called “classical tap.” But it was their dancing in movie musicals that brought them the most acclaim and made them internationally famous. 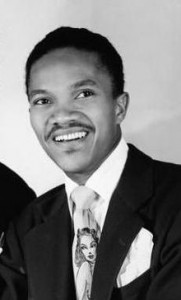 Harold was born in Winston-Salem, North Carolina, to drummer and orchestra leader Ulysses Domonick and pianist Viola Harden. Harold and his older brother, Fayard, began performing together as children, developing a routine that included tap and “flash dance.” Performing as the Nicholas Brothers, the brothers debuted professionally in 1930 on the Horn & Hardart Kiddie Hour radio show. Within two years they were performing in New York City. At the Lafayette Theater in Harlem they were seen by a Warner Brothers producer who helped them land their first film roles, in a black vaudeville short called ”Pie, Pie, Blackbird” (1932). They made their first appearance at Harlem’s famous Cotton Club in 1932, when Fayard turned 16 and Harold 9. They quickly gained acclaim for their elegant acrobatic moves and mastery of tap. Harold was known for “attributing spice to Fayard’s grace,” with his quick moves. By the start of the 1940s, the Nicholas Brothers were international celebrities and acquired a reputation as the finest dance team in America.

Their Hollywood career began after Samuel Goldwyn saw them at the club, where they performed as headliners for eight years, and cast them in ”Kid Millions” (1934). Harold appeared in more than 50 feature films, from 1932 to 1989, including The Big Broadcast (1936), Down Argentine Way (1940), Tin Pan Alley (1940), and Sun Valley Serenade (1941) – which features the show-stopping Chattanooga Choo Choo tap dance number performed by Harold, Fayard, and Dorothy Dandridge – and ”Stormy Weather” (1943). 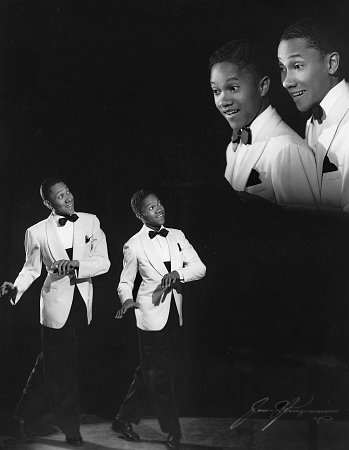 The brothers’ gifts were epitomized in ”Stormy Weather,” an all-Black 20th Century Fox musical, in which they seemed to explode on the screen in their trademark fast footwork and astonishing leaps and splits. Their ”Jumpin’ Jive” dance in that film, Fred Astaire told them, was the greatest movie musical number he had ever seen. In the film, the brothers descended a staircase by alternately jumping over each other’s head in full splits and landing, still in splits, on the step below.

In the 1948’s The Pirate, Gene Kelly danced with them, breaking the color barrier. Because of segregation restrictions in Southern states, whites did not perform in movie scenes with blacks, and films were arranged so that Black performers’ numbers could be easily cut before the films were shown in the South. They also appeared in The Ziegfeld Follies of 1936 on Broadway, in the London revue Blackbirds of 1936, and in the stage musicals Babes in Arms (1937) and St. Louis Woman (1946).

Harold would eventually work as a solo artist. He moved to France in 1950 and embarked on a career that took him throughout Europe and North Africa. He appeared in the French film L’Empire De La Nuit (1964). In the mid-1960s he returned to the U.S., and by the end of the decade, with his brother’s performing career winding down, Nicholas was once again appearing solo. He had roles in such Broadway shows as Sophisticated Ladies (1982) and the touring musical The Tap Dance Kid (1985) and in the films, Uptown Saturday Night (1974) and Tap (1989).

The Nicholas Brothers were recipients of Kennedy Center Honors in 1991 and in 1992 were the subject of a documentary film, The Nicholas Brothers: We Sing and We Dance. In 1994, they were presented with a star on the Hollywood Walk of Fame. In 1998, Carnegie Hall sold out for a tribute to he and his brother, who were both present that special night. Harold was also inducted into the National Museum of Dance C.V. Whitney Hall of Fame in 2001, along with his brother. 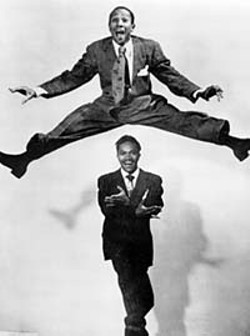 The Nicholas Brothers performed together for five more decades.  The act came to an end when Harold died of heart failure, on July 3, 2000, in New York City. His brother and lifelong dancing partner, Fayard Nicholas, passed away six years later, on January 24, 2006.

Harold Nicholas, like his brother, was married more than once. Nicholas’s marriages to the actress Dorothy Dandridge and Elyanne Patronne ended in divorce. He had a daughter, Harolyn Suzanne, with Dorothy Dandridge who was born with severe brain damage. He was survived by his wife Rigmor Newman Nicholas, of New York City.