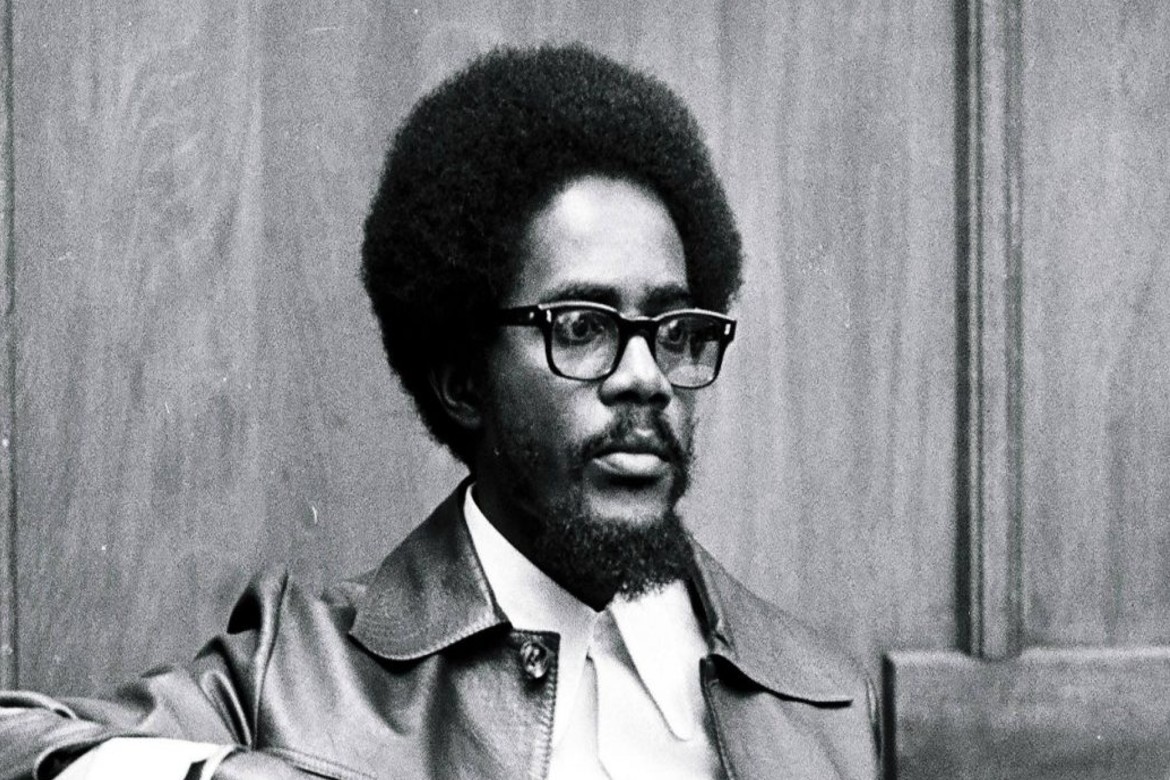 “Walter Rodney was Most Rare. He is an exemplar. He belongs in that rare category of Marcus Garvey, CLR James, George Padmore and Frantz Fanon.”

Walter Rodney was a Guyanese historian and activist who was assassinated in June 1980. Rodney, a prominent Pan-Africanist important in the Black Power movement in the Caribbean, Afrika, and America, was recognized as one of the Caribbean’s foremost revolutionary thinkers. His book, How Europe Underdeveloped Africa is regarded as the 20th century’s most important and influential book on African history.

Walter Rodney was born in Georgetown, Guyana on 23 March 1942. His parents, Edward and Pauline Rodney were workers who struggled to get him through primary school, but Rodney attended the prestigious Queen’s College, the top male high school in Guyana, where he excelled in extra-curricular activities. He was in the student cadet corps, as well as being a high jumper and a debater. In 1960, he graduated first in his class, winning an open scholarship to the University of the West Indies (UWI).  As a champion debater at the UWI, he represented the university at the Pittsburgh Debating Championships in the USA. While at UWI he was active in student politics and campaigned extensively in 1961 in the Jamaica Referendum on the West Indian Federation.

Rodney got a First Class Honours Degree from UWI in history in 1963, thereby winning the Faculty of Arts prize. He then attended the School of Oriental and African Studies at the University of London, earning a PhD in African History at the age of 24. Rodney learned Portuguese and Spanish during this period to add to his knowledge of French which he had learned at Queens College. His dissertation painstakingy researched in the archieves of England, Portugal and West Africa was revised and published in 1970 as A History of the Upper Guinea Coast, by Oxford University Press.

“His doctoral degree from one of England’s prestigious institutions could have gained Rodney entrance to the “elitist circles of western academia.” However, Rodney was one of the rare intellectuals who combined his scholarship with activism. He chose to commit himself to the cause of people of his race, and became a voice for the under-represented and disenfranchised. He worked tirelessly to help the Black working class (‘all oppressed peoples whose homelands are in Asia, Africa and the Americas’).   In 1968, while a UWI professor in Jamaica, he joined others to object to the socio-economic and political direction of the government. He often lectured to militant student organizations. The Jamaican government labeled him a “radical” and an “undesirable alien” and after he attended the 1968 Black Writers’ Conference in Montreal, Canada he was banned from re-entering the country. However, his speeches and lectures in Jamaica would result in his first book, Grounding with My Brothers, which became central to the Caribbean Black Power Movement.

In 1969, he went to Tanzania, and spent five productive years there. He taught at the University College of Dar-es-Salaam, where he introduced the course, The History of Blacks in America. It enabled the Afrikan students to connect their struggle against colonialism and neocolonialism with the Black struggle against racism in America. It was during his time in Tanzania that he wrote his major work, How Europe Under-Developed Africa (1972). The book is recognized as “the 20th century’s most important and influential book on African history.” The book, a systematic analysis of the Afrikan problem projects the theory that European capitalism was the primary agent in Afrika’s underdevelopement.

In 1974, Rodney returned to Guyana from Tanzania. He was due to take up a position as a professor at the University of Guyana but the Guyanese government prevented his appointment. Increasingly active in politics, he founded the Working People’s Alliance, a party that provided the most effective and credible opposition to the People National Congress (PNC) government. He gave public and private talks all over the country that brought about a new political consciousness in the country. During this period he developed his ideas on the self-emancipation of the working people, People’s Power, and multiracial democracy.

As the WPA gained popularity and momentum, the PNC began a campaign of harassment including police raids, house searches, and beatings.  On July 11, 1979, Walter, together with seven others, was arrested following the burning down of two government offices. Rodney and four others (known as the “Referendum Five”) faced trumped-up charges of arson, but without proof and scrutiny from international supporters, the government was forced to drop these charges.

Rodney’s voice was not confined to Africa and the Caribbean but was also heard in the U.S. and Europe. In the early-mid 1970s, he participated in discussions and lectures with the African Heritage Studies Association at Howard University; the Institute of the Black World in Atlanta, GA; the African Studies and Research Center at Cornell University; and the State University of New York at Binghamton.

The persecution, however, continued: two party members were killed, and the government denied Rodney and others permission to travel.  Despite this, Rodney continued his political work and attended Zimbabwe’s independence celebrations in May 1980.

On Friday, 13 June 1980, Rodney was killed in Georgetown, at the age of thirty-eight, by a bomb in his car, a month after returning from celebrations during the independence in Zimbabwe.

Walter Anthony Rodney was survived by his wife, Patricia, and three children, Shaka, Kanini and Asha. His brother, Donald Rodney, who was injured in the explosion, said that a sergeant in the Guyana Defence Force, named Gregory Smith, had given Walter the bomb that killed him. After the killing, Smith fled to French Guiana, where he died in 2002.

It is widely believed, but not proven, that the assassination was set up by Guyana’s president Linden Forbes Burnham.

The 10 Virtues of the Kemetic (Ancient Egyptian) Mystery Teachings