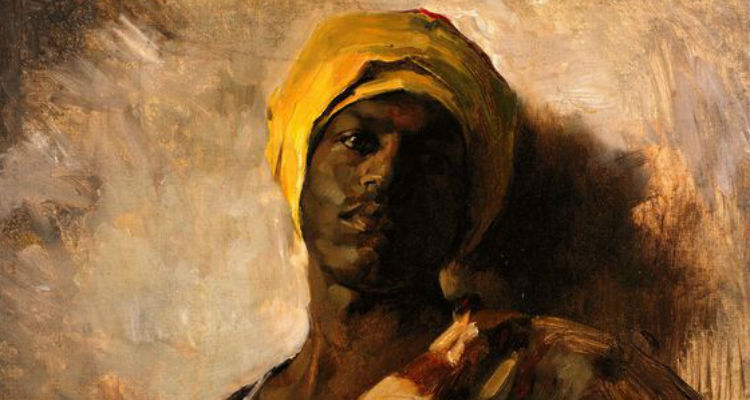 Juan Garrido was an African-Spanish conquistador, who is the first documented Black person to arrive in the United States. African by birth, he went to Portugal as a young man, and in converting to Christianity, he took the Spanish name, Juan Garrido (“Handsome John”). Garrido took part in the Spanish invasions of the Americas, during the late 15th and early 16th Centuries. He later became an agricultural innovator and is credited with introducing wheat harvesting to the Americas.

Juan Garrido was born in West Africa around 1480. According to his notarized “probanza” (his curriculum vitae, more or less), dated 1538, he moved from Africa to Lisbon, Portugal, stayed in Spain for seven years, and then, seeking his fortune, he joined the earliest conquistadors to the New World. All the sworn witnesses to this document affirm that Garrido was “horro,” or free, when he arrived in Spain.

Garrido is considered the first Black conquistador, as he is the most prominent among a small group of African freeman who traveled to the Americas as part of the Spanish expeditionary force. Sailing from Seville around 1508, he arrived on the island of La Española, which is today called Hispaniola, the island on which the Dominican Republic and Haiti reside. He later settled in San Juan, Puerto Rico. He joined Diego Velazquez de Cuéllar and Juan Ponce de León in the annexations of Cuba and Puerto Rico, respectively. Then, in 1513, he joined de León’s well-known expedition to Florida in search of the Fountain of Youth, becoming the first known Black person to arrive in United States.

After Ponce died, Garrido joined Hernán Cortés’ expeditionary force that invaded Mexico and destroyed the mighty Aztec capital at Tenochtitlan. Although the Spaniards won, there was immense casualties on both sides. Garrido assisted in collecting the dead bodies of Spanish soldiers and erecting a commemorative chapel near the site of the killings, which he later named it “The Martyrs”. (Seventy-five years later, the current church “San Hipolito of the Martyrs” was built on that spot.)

Garrido settled in Mexico City for four years after receiving land from Cortés. According to Matthew Restall’s Black Conquistadors (pdf), on February 10, 1525, Garrido was granted a house-plot. Between 1524 and 1526, he held the post of “doorkeeper” (“portero”) and was also a “crier” (“pregonero”) and guardian of the Chapultepec aqueduct. Criers could function as constable, auctioneer, executioner, piper, master of weights and measures, and doorkeeper or guard.

Garrido began farming using the labour of enslaved people (Indian and African). He planted some grains of wheat, and within two years had a plantation exporting commercial quantities of flour. He sold it to the Spanish who had reluctantly relied on corn for lack of wheat in the land they had invaded. By all available accounts, Juan Garrido is the first person to grow wheat in the Americas. He was thirty-six years old.

However, in 1527, he and a group of treasure hunters rushed for the gold that was reported in Michoacan. He invested his own money for the trip, and came back penniless within the year. He returned the following year with an enslaved gang to mine for gold, but again found nothing.

Garrido settled down at his plantation for another five years. But he could barely make ends meet. He was deep in debt when Cortés tempted him for the last time in 1533. Garrido followed Cortés to another legendary island supposedly filled with Black women (the Black Amazons), gold, and pearls. Once again, it turned out to be a barren peninsula: Baja California. He had borrowed money for the trip, and came home penniless two years later in 1535.

In 1538, Garrido submitted his request for pension, which included a ‘probanza,’ a proof of merit. In it, he outlines his service to Spain.

I, Juan Garrido, Black resident of this city [Mexico City], appear before Your Mercy and state that I am in need of making a probanza to the perpetuity of the king, a report on how I served Your Majesty in the conquest and pacification of this New Spain, from the time when the Marqués del Valle [Cortés] entered it; and in his company I was present at all the invasions and conquests and pacifications which were carried out, always with the said Marqués, all of which I did at my own expense without being given either salary or allotment of natives or anything else. As I am married and a resident of this city, where I have always lived; and also as I went with the Marqués del Valle to discover the islands which are in that part of the southern sea [the Pacific] where there was much hunger and privation; and also as I went to discover and pacify the islands of San Juan de Buriquén de Puerto Rico; and also as I went on the pacification and conquest of the island of Cuba with the adelantado Diego Velázquez; in all these ways for thirty years have I served and continue to serve Your Majesty – for these reasons stated above do I petition Your Mercy. And also because I was the first to have the inspiration to sow maize [wheat] here in New Spain and to see if it took; I did this and experimented at my own expense.

Garrido died in the capital sometime between 1547 and 1550, leaving behind a wife and three children.

Image: Guard of the Harem by Frank Duveneck

As a member of the Moorish Science Temple of America, Prophet Noble Drew Ali founder, the nationality of the Moors were taken away in 1774 and lasted till 1865, and the slave names of nero, black colored, etc was given. This article speaks of the Moors in Spain (Al Andalusia from 700-1492) when they were driven out or forced to convert or be executed. To become a conquistador as this person was not a noble thing in the sight of those who were executed by them.

Have you thought to read Ivan Van Sertima’s, “They Came Before Columbus”. The information from this renown historian’s research, places Juan Garrido about 50,000 places back in the queue.

I have read “They Came Before Columbus”. In fact, I am looking at it on my bookshelf as I type this response. Ivan Van Sertima is one of my favorite Afrikan-centered historians. In fact, he is one of the inspirations for this website. This post is about the first recorded/named person in America. Please read the post for what it is.