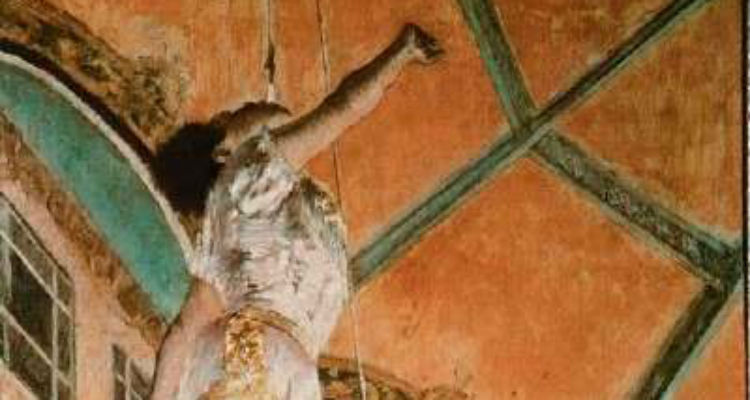 Lala was born on April 21st, 1858 in the former German (but now Polish) city of Stettin (Szczecin), to a black father, Wilhelm Brown, and a whyte Prussian mother, Marie Christine Borchardt, who performed with the Troupe Kaira and regularly transfixed Paris and other cities in Europe. 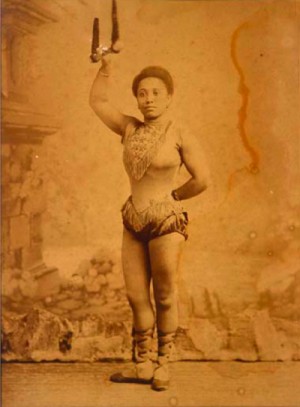 Although she was small of stature, Lala possessed incredible strength. She was an all-round circus artist and she worked at various times as a trapeze artist, a hand balancer, a wire walker, a strength artist and an iron jaw performer (a popular acrobatic strength act of the time) which saw her suspended high up in the air whilst holding a great weight using only her teeth.

Her first appearance in the circus was at the age of nine but it was at 21, in France where she found fame. She toured around numerous circuses and music halls throughout Europe including the UK where she performed at London’s Royal Aquarium’s central hall and at Manchester’s Gaiety Theatre.

Lala was part of the troupe called Folies Bergère and the Keziah Sisters. She partnered with another strength acrobat called Theophila Szterker/Kaira la Blanche. Together they were known as Les Deux Papillons (The two butterflies). 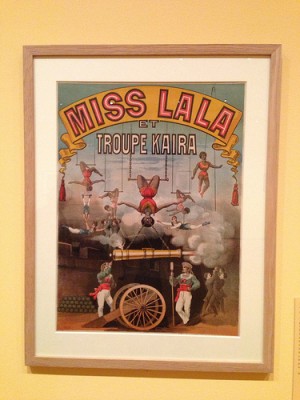 A poster featuring the Troupe Kaira and highlighting Miss LaLa

Lala’s African and European ancestry was regularly exploited to create mystery around her background and reinforce her ‘exoticism’ thereby increasing ticket sales. In Paris she was hailed as ‘La Venus Noire’ and in London stories were circulated saying that she was an African Princess who lost her throne when her chiefs decided to pledge their allegiance to Queen Victoria. As a result they said, that Lala was sold into the Maafa (slavery) and ended up in a circus in the South of France.

In writings of the time, Lala is described as a ‘dusky’ Amazon and greatly admired for her agility and strength and one who was ‘strong above the average of womankind in the jaw’. In Paris, Lala’s iron jaw act was described as so much better than those which had come before including those of male iron jaw performers. 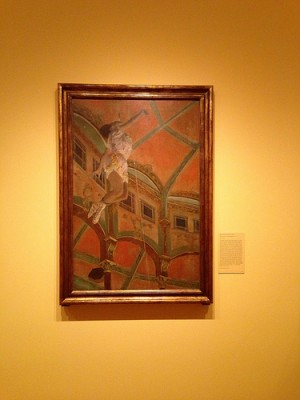 Lala was immortalised at the age of 21, when she was painted by Edgar Degas at the Cirque Fernando which was close to his studio in Montmartre. The painting depicts Lala suspended from the roof of the circus by a rope connected to a bit between her teeth.

Lala continued to perform from the 1860s up to the late 1880s. In 1888 she married an American contortionist by the name of Emanuel (Manuel) Woodson.

Emanuel and Lala went on to have a daughter Rose Eddie Woodson who was born in London in 1894. According to the newspaper The New York Age (October 21, 1915) the couple went on to have two more daughters who formed an act called the Three Keziahs.

The last known date of Lala’s life, when she was known as Anna Woodson and Olga Woodson, is 1919, from a US passport application.