Charles Alston (November 28, 1907 – April 27, 1977) was an African-American Harlem Renaissance artist who created vital representations of black experiences and figures during the middle of the 20th century with his paintings, sculptures, and illustrations. Alston designed album covers for jazz musician Duke Ellington and book covers for poet Langston Hughes. 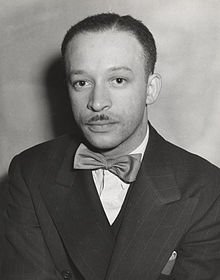 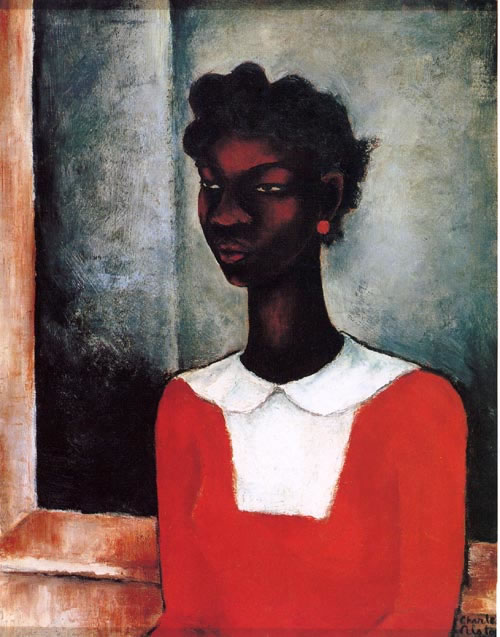 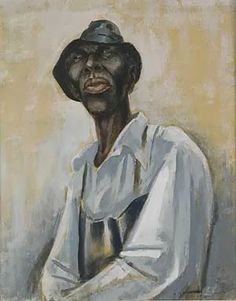 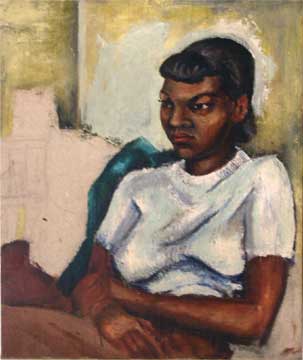 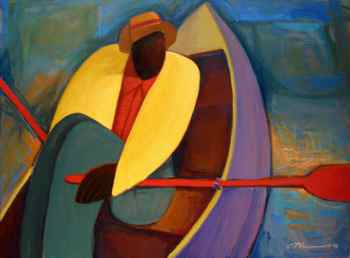 Born in Charlotte, North Carolina, Alston’s parents were educated leaders in that city’s African American community. Although he moved with his family to Harlem at the age of seven, Alston continued to spend summers with his Southern grandmother through his teenage years. It was during these visits that Alston, who had displayed an aptitude for art since early childhood, became fascinated with North Carolina red clay and began dabbling in sculpture. There were few opportunities for an aspiring African American artist to see fine art or receive formal training in Charlotte at the time. This was not the case in Harlem, however, where the Harlem Renaissance was in full swing. Though Harlem offered a wider array of cultural offerings, Alston nonetheless continued to confront obstacles imposed by segregation practices in New York.

Drawing political cartoons about race relations—first for his high school magazine and, later, as an undergraduate at Columbia University—provided an outlet for Alston’s artistic and personal expression. Alston, who had enrolled at Columbia in 1925, was not permitted to take life drawing classes because of his race. His talent, however, did not go unnoticed; he was later awarded the Arthur Wesley Dow Fellowship which funded graduate work at Columbia’s Teachers College. It was during his tenure there that he designed the cover for one of Duke Ellington’s jazz albums, as well as book jackets for Langston Hughes and Eudora Welty. Alston enjoyed a successful career as an illustrator for popular magazines during the 1930s and 1940s. 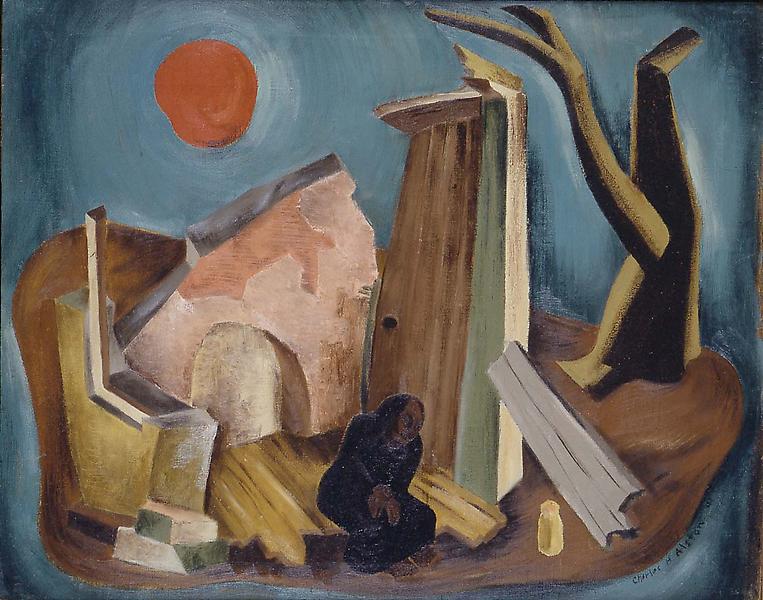 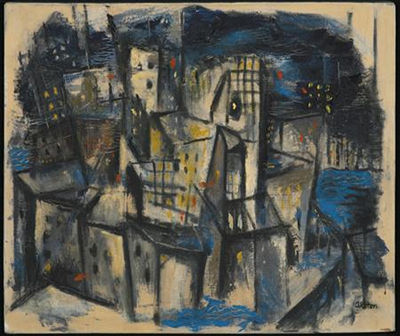 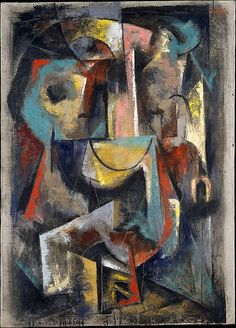 Alston began creating abstract paintings in the 1950s, but he never abandoned figural representation. Instead, he would shift between the two modes of painting, depending on what he believed was best for a given subject. In 1950, he entered one of his new, abstract works in the competitive exhibition American Painting Today at the Metropolitan Museum of Art. It won the purchase prize, and the museum acquired it. Many of Alston’s abstract works from this decade were inspired by African art, but unlike several of his his abstract expressionist contemporaries whose passion for American Indian, Pacific, and African art was connected to a modernist search for an imagined “primitive” impulse, Alston’s paintings were created through an intimate knowledge of African aesthetics. In Alston’s work, the African influence is part of a dialogue between past and present, one that finds modernism in tradition and vice-versa.

From his early days at the Utopia Children’s House in 1930 until his death in 1977, Alston remained an influential teacher and a committed activist. He taught at the Art Students League, MoMA, and City College. In 1963, he co-founded the Spiral Group (along with Romare Bearden, Norman Lewis, Hale Woodruff, and others), which sought to contribute to the Civil Rights movement through the visual arts in part by increasing gallery and museum representation for black artists. In 1967, President Lyndon Johnson appointed Alston as a trustee of the Kennedy Center, and in 1970, Alston became a member of the New York City Arts Commission. In 1975, Columbia University Teacher’s College, which once barred Alston from a required life-drawing course because the models were white, honored him with its first Distinguished Alumni Award.

Thanks for sharing facts about our history; Charles Alston was along the timeframe with Romare Bearden but his name wasn’t as popular because I am an art agent & Curator of African Artifacts but was unaware of Charles Alston’s history until now. His name is familiar but I was thinking he was with the Alvin Alley Dance Theatre but he was a phenomenal Artist & like other Artists used his art to express & support civil rights and equal rights.
Cynthia Robinson-Bailey