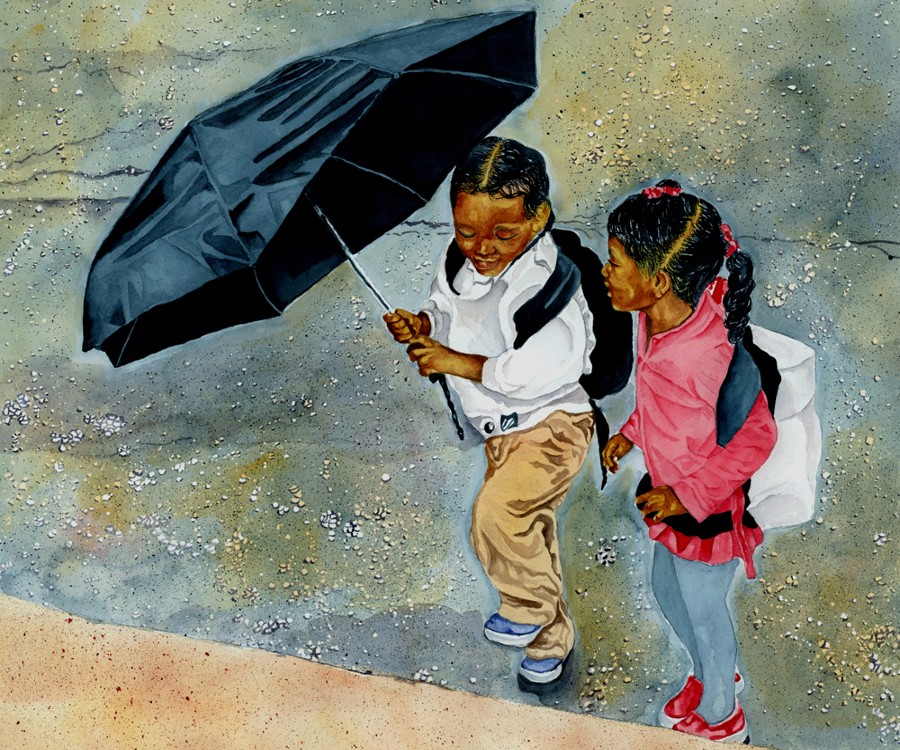 When I read Waiting for the Rain by Charles Mungoshi (about 8 years ago), I was so struck by the beauty and wisdom of the novel, that I had to ask why this stunning book about the fall of Afrika was not as well known as Things Fall Apart by Chinua Achebe. I found the book by chance on a library visit and after reading it, it went straight into my Top Ten novels.

I had not heard of Charles Mungoshi before, but when I researched him, I found out that he was an award-winning author, who was recognized in Africa, and internationally, as one of the continent’s most powerful writers. Waiting For The Rain, which deals with the pain and dislocation of the clash of the old and new ways, is required reading in schools in Zimbabwe since the 1980s. Mungoshi died in 2019, and since then the Zimbabwe Writers Association has – unsuccessfully – petitioned the government to accord him the status of a national hero.

“THE ZIMBABWEAN WRITER Charles Mungoshi is both a prolific and a versatile writer who has to date attracted little critical attention. In English he has published four works: a novel, Waiting for the Rain (1975); two collections of short stories, Coming of the Dry Season (1972) and Some Kinds of Wounds (1980); and a collection of poems, The Milkman Does not only Deliver Milk (1981). He has also written two novels and a play in Shona. T.O. McLoughlin in his survey of Black writing in English from Zimbabwe says of Mungoshi that he ‘is Zimbabwe’s most substantial writer not least because he offers such a penetrating and complex image of the fragmentation of Shona society’ brought about by years of colonial domination.’

As Mungoshi indicates in Waiting for the Rain and in a number of his short stories, cultural cohesion was maintained in the past by the bond between the people and the land on which they have dwelt for generations. This is the essence of what the old father in ‘The Setting Sun and the Rolling World’ is telling his son Nhamo when he says: ‘Nothing is more certain to hold you together than the land and a home, a family.’” -FLORENCE STRATTON

Here are Quotes from Waiting For The Rain:

“Only those who sleep, dream.”

“He prefers the drum to crying. Crying leaves him feeling weak and unprotected. Now with the drum, there is a sense of quiet strength, the strength of mountains and a hard and clear morning vision. And when he cries with the drum, it’s because he suddenly sees – sees what? It is not quite seeing as feeling-seeing-living-being the whole thing at the same time.”

“You ought to think about it boy. That’s the only reason you were made for. To keep in your head every single minute of your life, your blackness and to contemplate your blackness with every breath you take.”

“‘If you take the morning air, when it is still pure from human breath, the smell of sweat and smoke,’ the Old Man told him once, ‘you don’t need beer all day long.'”

“You have become someone to talk about – and they are going to talk a lot about you in this village – so you have to be careful. Because it’s not all who talk of you who wish you well.”

“There are so many things Lucifer can’t accept at this time in his life, so many things he can’t believe in. And this lack of belief bothers him too. It is a form of pride. He is proud of being an outsider, standing outside everything, looking on, passing judgment. He wants so much to be able to get inside some things, to be able to wholeheartedly believe in his own people, in life, in his drawing – in everything. But he feels a false note in everything he is doing. There is a selfish motive behind everything he does, he feels. A childish self-advertising: Look at me! Aren’t I wonderful?”

“The Old Man is quiet. He tastes humiliation again. Then he says: ‘We were defeated.’ Pause. ‘And we have stayed defeated.’ And that’s all about that because you don’t try and revive the experience of a toothache.”

“It is those closest to our hearts who are the worst thorns.”

“‘Now we — we were defeated but ours was a clean fight. We still had our own gods of whom we were proud. And because these gods meant the same thing to all of us, we rose like one man to fight the [whyte] man. And we didn’t fight them just for the sake of fighting — no. They misunderstood our hospitality for stupidity. We received them with food and they thanked us with guns… ‘Today we ask: Where are we? Who are we? What wrong did we do? How many stories do we hear of the whyte man humiliating our people? Again and again and again. We hear it, but do we see it? We might be blind. We hear it, but do we listen? We might be deaf. And why? Playing the enemy’s drum, that’s why. Making so much noise with the enemy’s drum that we can’t even hear the beating of our own gullible little miserable hearts. Each time you drink that tea, to whose god do you give praise? Each time you listen to that talking box, on whose altar are you making the sacrifices?,.. ‘These are the questions John and his friends should ask themselves before they come to me. This is what they don’t know, and because they don’t know it they are going to lose the battle before it’s even started. They fight for what they don’t know. We fought for what we knew. We cut off their genitals and threw them into Munyati River because they shouldn’t have been called men with that woman’s greed of theirs. We said: Build there, the land is the Earth’s, there is enough for everyone. But their greed reduced them to something less than men. We couldn’t understand this desire of theirs to call everything mine mine mine… ‘That is why I won’t listen to anyone who speaks the way John does, fighting the whyte men and yet praying to the whyte men’s gods'”

“…We fought for what we knew. What they didn’t know, which we knew, which made us survive, was that we owned nothing and it wasn’t our cunning that made us live. Everything was the Earth’s. But they went about destroying everything and claiming things for themselves. Nothing was sacred to them. And they wouldn’t respect what was sacred to us. What else could we do but fight them? We fought them and we are here today.”

“Remember that you are Black and no soap on earth will wash that color of your face… And no amount of sleeping with the [palest] of their womenfolk nor any amount of eating at the same table with them will ever make you clean enough in their eyes. So, go there, see everything and envy nothing. Hear everything and reveal nothing…”

“Times and events change, but I don’t think people change at all. And if you remember this you won’t be in any trouble at all because you will be playing your own drum. You may not live to see this land return to you, but what’s that to you or to me if your drum remains your own? As long as you play hard and listen to what it says, and follow what it tells you – enough. Let them or whoever wants it, have the land. You keep your heart. Later on, you too will know that what grows on the land, what you see outside, first grows in the heart. Without first taking the root in the heart, whatever grows outside quickly withers and dies. And they can touch you on the outside, but they can’t touch your heart.”

Quotes from The Icarus Girl by Helen Oyeyemi