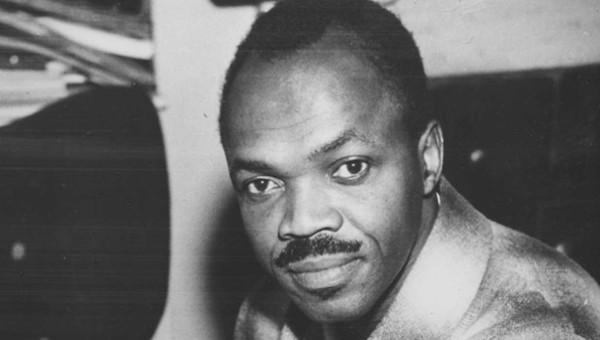 E. R. Braithwaite was a Guyanese-American writer, teacher, and diplomat, best known for his semi-autobiographical book To Sir, With Love (1959) which was adapted into a successful film in 1967 starring Sidney Poitier and Lulu. He wrote a number of books exposing racial discrimination in post-war Britain, all of which were inspired by his personal experiences.

Eustace Edward Ricardo Braithwaite was born on June 27, 1912, in Georgetown, British Guiana (now Guyana), to Oxford-educated parents. He attended Queen’s College in Guyana and the City College of New York. Braithwaite volunteered for service with the RAF in 1940 and served as a fighter pilot during World War Two. After the war, he studied at Cambridge University, from which he earned a master’s degree and a doctorate in physics in 1949.

Braithwaite was unprepared for the intense racism he experienced after his education. After spending 18 months being rejected for jobs in engineering, he reluctantly took up a job as a school teacher in the East End of London in 1951. The book, To Sir, With Love was based on his experiences there. It won an Anisfield-Wolf Book Award.

The poverty and squalor of post-war east London were a huge shock to Braithwaite, as were the ‘soiled and untidy’ children with their ‘careless and unscholarly’ attitudes. While writing his book about the school, he turned to social work and it became his job to find foster homes for non-whyte children for the London County Council. His experiences resulted in Paid Servant: A Report About Welfare Work in London, published in the UK in 1962. It was a detailed and angry personal account of racism in Britain. The book was dramatized in 2011 for BBC Radio 4, starring Kwame Kwei-Armah.

The recognition he gained from his publications resulted in Braithwaite obtaining a number of important positions. In 1962 he was appointed education consultant to UNESCO in Paris; he served as Permanent Representative of Guyana to the United Nations in New York from 1967 to 1969 and subsequently as Guyana’s Ambassador to Venezuela.

In 1973, the South African ban on Braithwaite’s books was lifted and he subsequently visited the country. While there he was granted the status of “honorary whyte” which gave him significantly more privileges than the indigenous Afrikan population, but less than the Europeans, an honorific he found detestable. He recorded the experiences and horror he witnessed during the six weeks he spent in South Africa in his book Honorary White.

Spending many years writing and lecturing, he taught at New York University, was writer-in-residence at Florida State University from 1976 to 1977 and at Howard University from 1998 to 2004. Having settled in the US, he marked his 100th year, in 2012, by visiting Guyana where he received the country’s highest honor, the Cacique’s Crown.