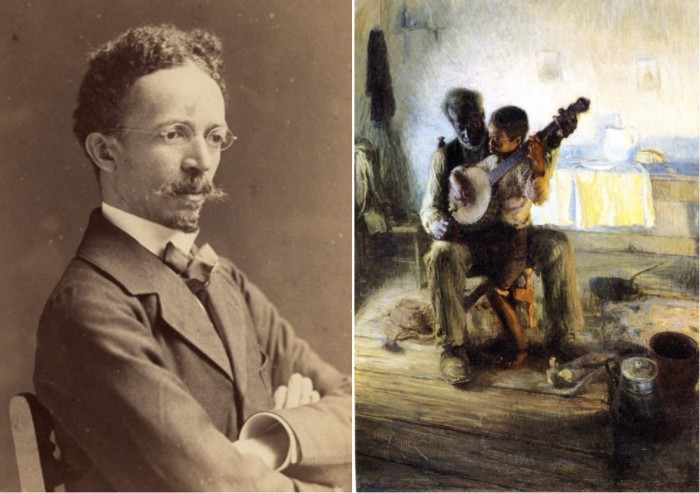 “Many of the artists who have represented Negro life have seen only the comic, ludicrous side of it, and have lacked sympathy with and appreciation for the warm big heart that dwells within such a rough exterior.” ~ Henry Ossawa Tanner

Henry Ossawa Tanner was an African American painter who gained international acclaim for his depiction of landscapes and biblical themes. His painting The Banjo Lesson (1893, Hampton University Museum, Hampton, Virginia), hangs in many classrooms and doctors’ offices across the nation, familiar and yet not fully understood. 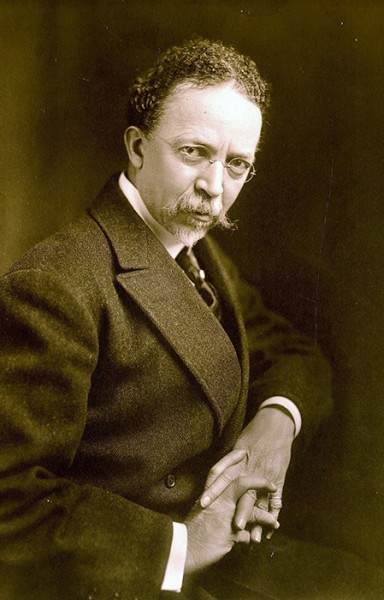 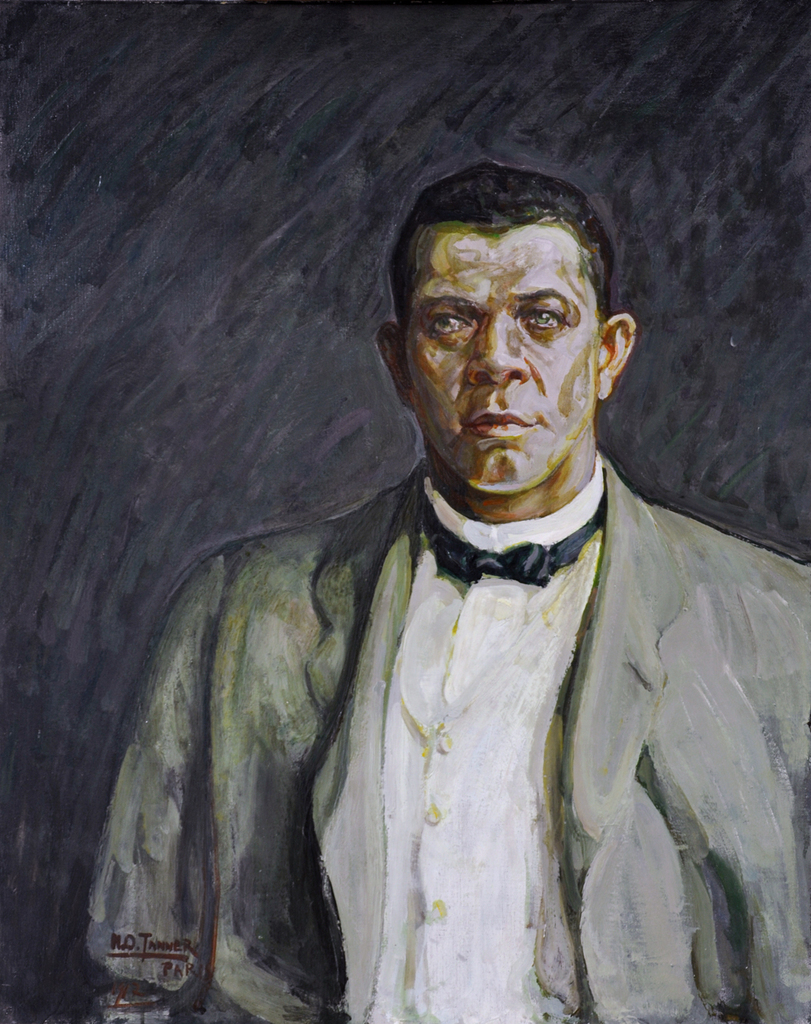 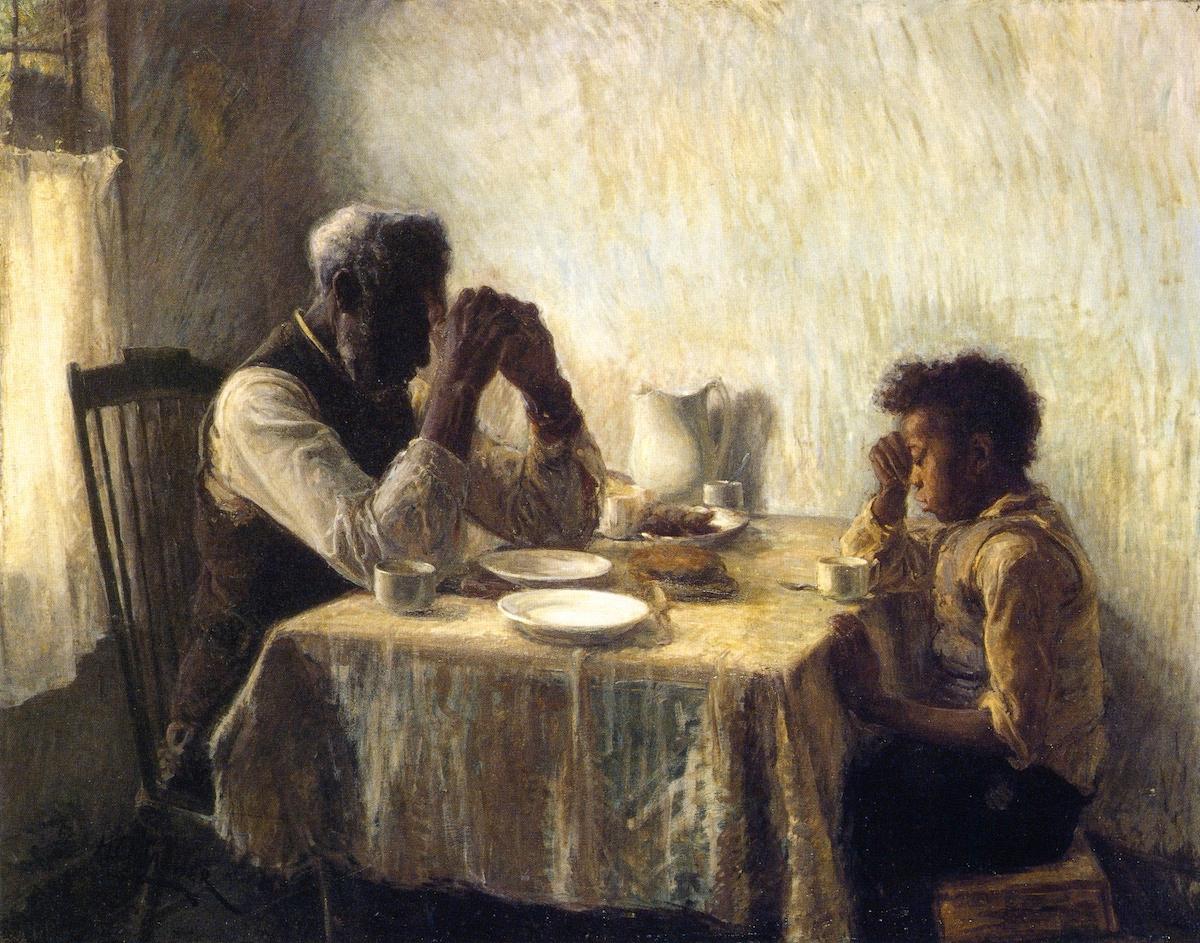 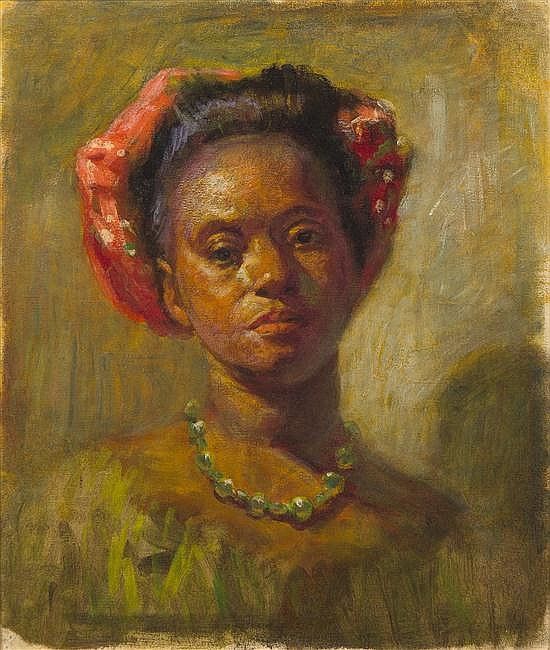 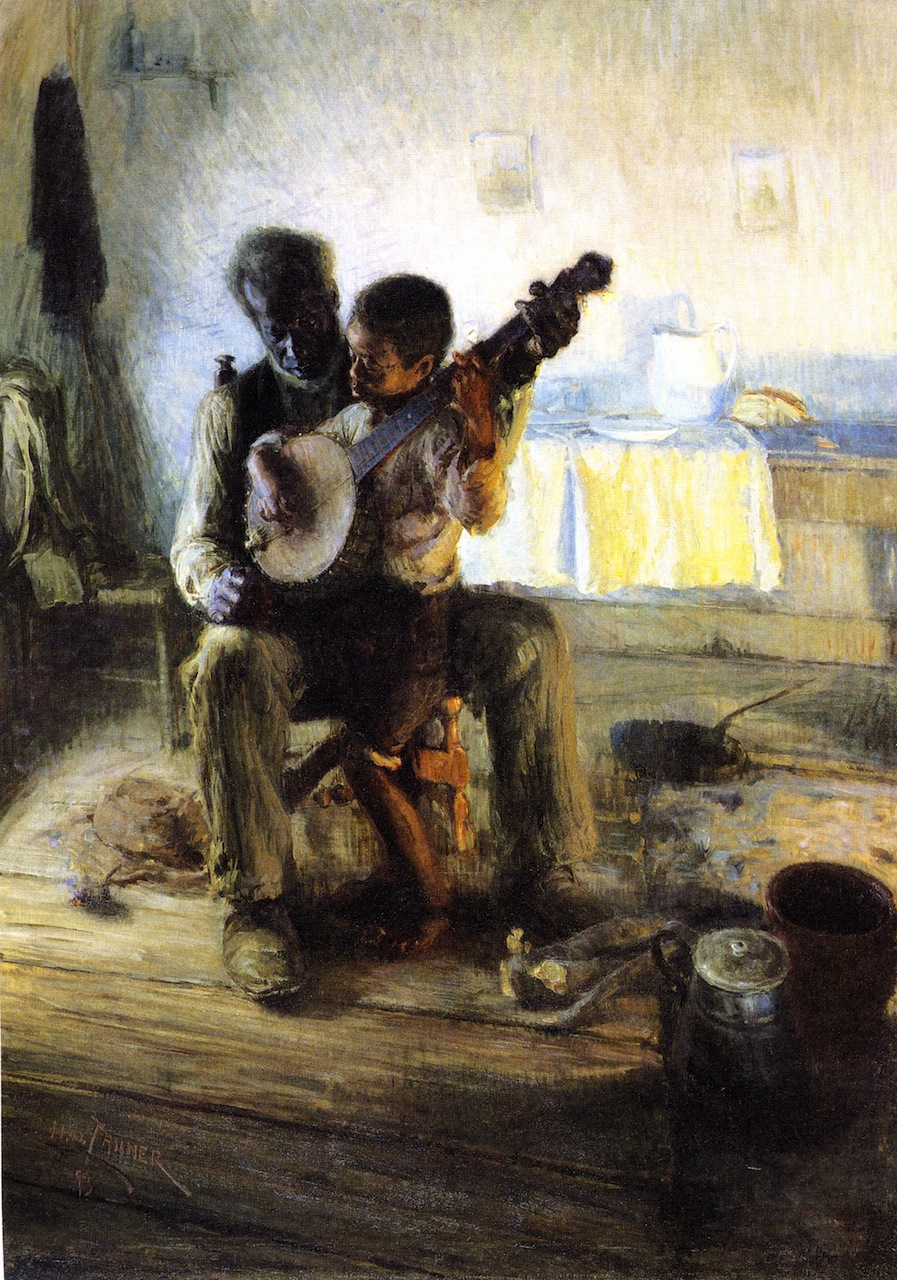 Tanner was born into a religious and well-educated household on June 21, 1859 in Pittsburgh, Pennsylvania. His father, Benjamin Tucker Tanner, graduated from college and became a minister (and later bishop) in the African Methodist Episcopalian Church.

His mother, Sarah Miller Tanner, was sent north by her mother through the Underground Railroad to escape the Maafa (slavery) she was born into. (The name “Ossawa” is based on the abolitionist John Brown’s nickname “Osawatomie” Brown, in honor of the Battle of Osawatomie, Kansas in 1856).

After a childhood spent largely in Philadelphia, Tanner began an art career in earnest in 1876, painting harbour scenes, landscapes, and animals from the Philadelphia Zoo. In 1880 Tanner began two years of formal study under Thomas Eakins at Philadelphia’s prestigious Pennsylvania Academy of the Fine Arts (PAFA), where he was the only African American. In 1888 he moved to Atlanta to open a photography studio, but the venture failed. With the help of Joseph C. Hartzell, a bishop from Cincinnati, Ohio, Tanner secured a teaching position at Clark University in Atlanta. In 1890 Hartzell arranged an exhibition of Tanner’s works in Cincinnati and, when no paintings sold, Hartzell purchased the entire collection himself.

He traveled to London and Rome, and then settled in Paris to study with Jean Paul Laurens (1838-1921) and Jean Joseph Benjamin Constant (1845-1902) at the Académie Julien. Tanner returned to Philadelphia in 1893 and encountered racial prejudice that sent him back to Paris by 1894.

The Banjo Lesson, completed during that short period in America, drew from the poem “The Banjo Song,” published in Paul Lawrence Dunbar’s (1872-1906) collection Oak and Ivy around 1892-93.

During this period he lightened his palette, favouring blues and blue-greens, and began to manipulate light and shadow for a dramatic and inspirational effect. His return to the United States in 1893, was in part to deliver a paper on African Americans and art at the World’s Columbian Exposition in Chicago. By 1894 his paintings were being exhibited at the annual Paris Salon, at which in 1896 he was awarded an honourable mention for Daniel in the Lions’ Den (1895; this version lost). The Raising of Lazarus (c. 1897), also biblical in theme, won a medal at the Paris Salon of 1897, a rare achievement for an American artist. Later that year the French government purchased the painting. 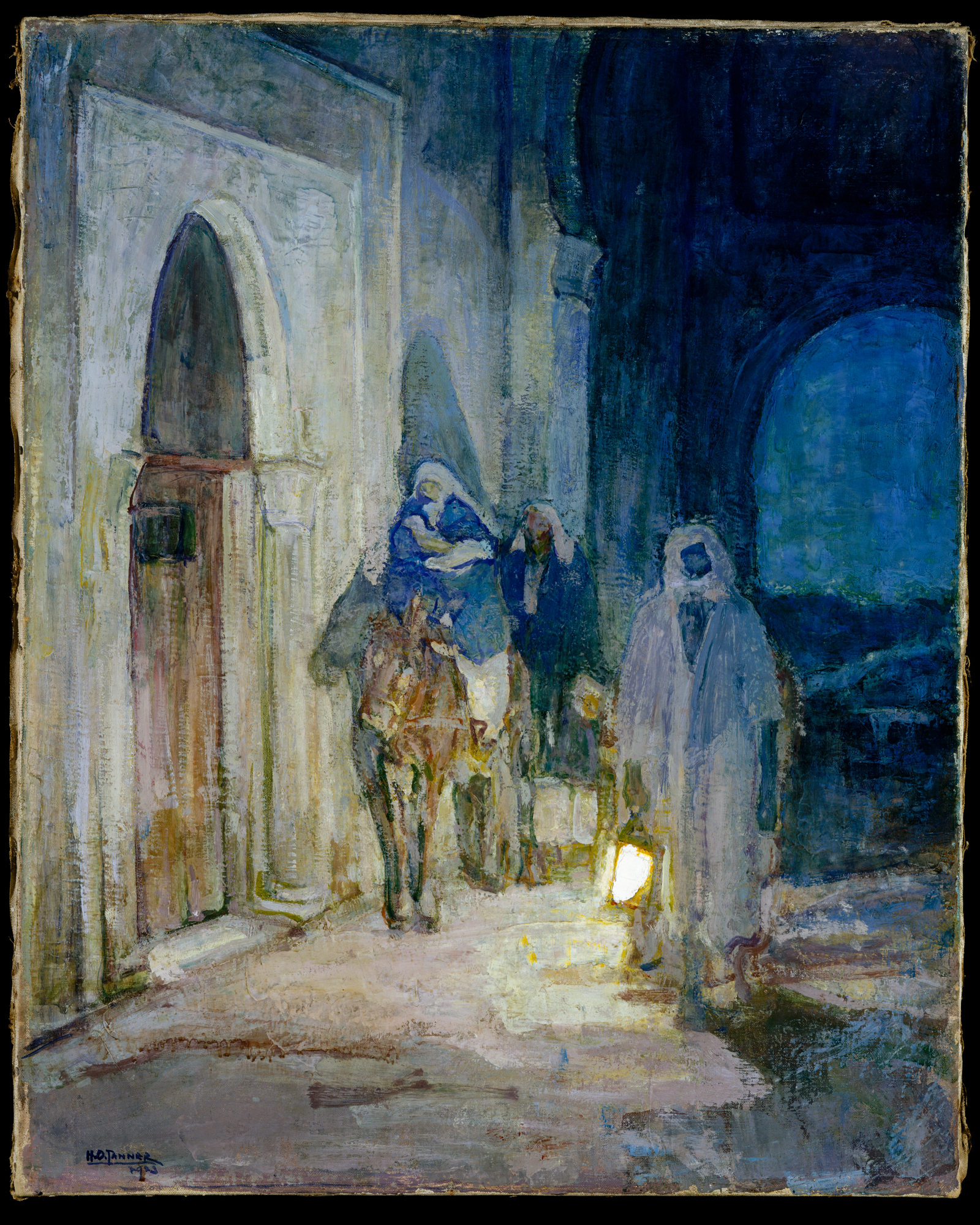 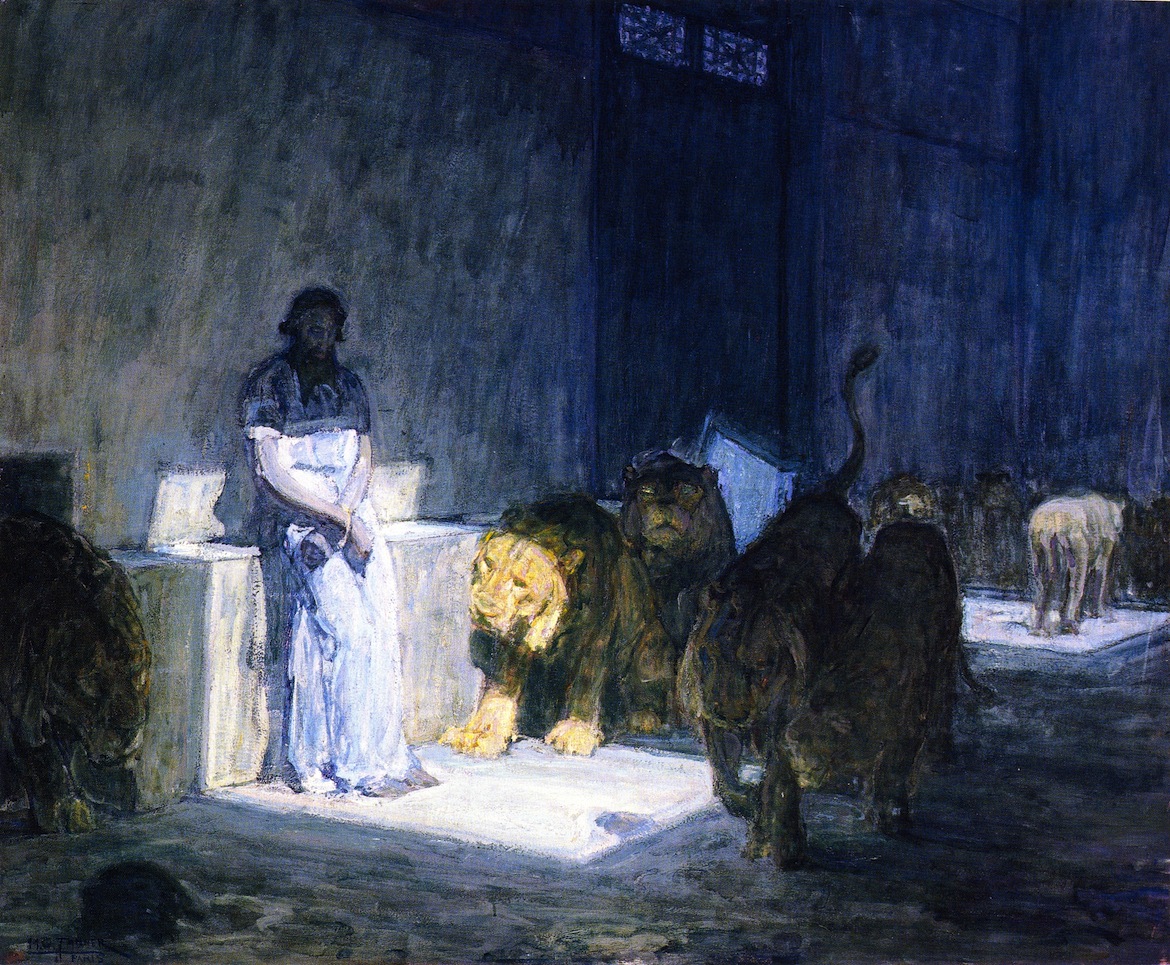 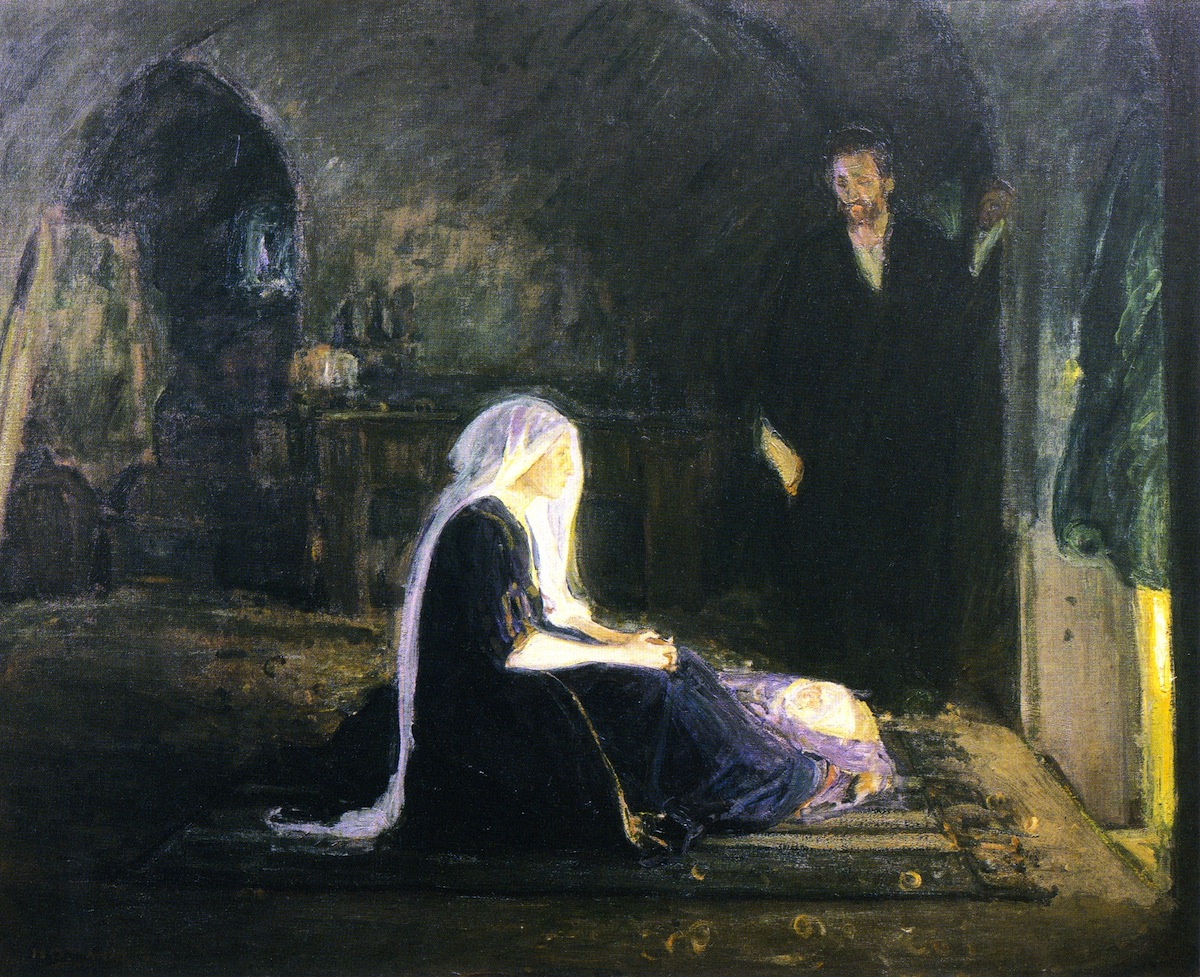 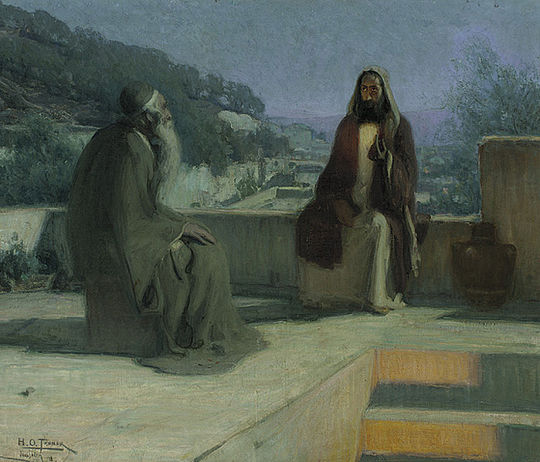 After touring the Holy Land in 1897–98, Tanner painted Nicodemus Visiting Jesus (c. 1898), which in 1900 won the PAFA’s Lippincott Prize. That same year he received a medal at the Universal Exposition in Paris. He remained an expatriate in France, routinely exhibiting in Paris as well as the United States, and winning several awards. Among his other works are The Annunciation (1898), Abraham’s Oak (1905), and The Two Disciples at the Tomb (c. 1905). During World War I he served with the American Red Cross in France. In 1923 the French government made Tanner a chevalier of the Legion of Honour, and in 1927 he became the first African American to be granted full membership in the National Academy of Design in New York.

Tanner died at home, most likely in Paris, though some sources claim that he died in his country home in Etaples, Normandy.

After his death, Tanner’s artistic stature declined until 1969, when the Smithsonian Institution in Washington, D.C., exhibited several of his works. This was the first major solo exhibition of a black artist in the United States. In 1995, Tanner’s early landscape Sand Dunes at Sunset, Atlantic City, ca. 1885, became the first work by an African American artist acquired by the White House.