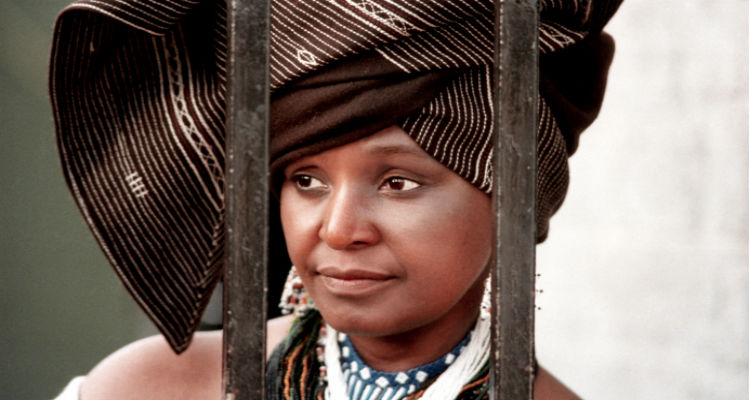 The South African freedom fighter, Winnie Madikizela-Mandela, affectionately known as the “Mother of the Nation,” was an international symbol of resistance to apartheid. Winnie’s Khoza name ‘Nomzamo’ has been variously translated as “one who strives” and “she who must endure trials”. And she certainly did. Winnie’s fight against apartheid and racial injustice in South Africa came at great personal costs; because she was as she stated: “…a living symbol of the whyte man’s fear.” When the enemy struck, they discovered that they had struck a rock, had dislodged a boulder, and was crushed by her tireless and unwavering activism for justice. What remains at the end of her story is this: Winnie Madikizela-Mandela was an avatar of liberation and a potent symbol of Black womanhood.

“I will not allow the selfless efforts of my husband and his friends to be abandoned. I will continue the struggle for a free and equal South Africa.”

“If you are to free yourselves you must break the chains of oppression yourselves. Only then can we express our dignity, only when we have liberated ourselves can we co-operate with other groups. Any acceptance of humiliation, indignity or insult is acceptance of inferiority.”

“To those who oppose us, we say, ‘Strike the woman, and you strike the rock’.”

“It is only when all Black groups, join hands and speak with one voice that we shall be a bargaining force which will decide its own destiny.”

“There is no longer anything I can fear. There is nothing the government has not done to me. There isn’t any pain I haven’t known.”

“They think because they have put my husband on an island that he will be forgotten. They are wrong. The harder they try to silence him, the louder I will become!”

“It was in the townships where we shed so much blood. Nothing could have been achieved without the sacrifice of the people. Black people.”

“I’m not sorry. I will never be sorry. I would do everything I did again if I had to. Everything.”

“We have no guns — we have only stones, boxes of matches and petrol. Together, hand in hand, with our matches and our necklaces, we shall liberate this country.”