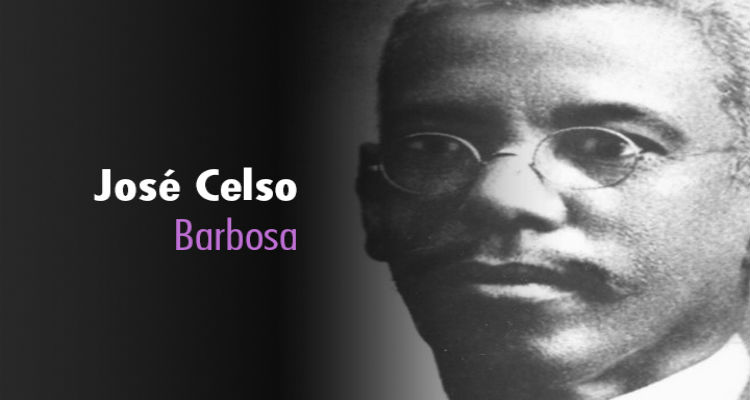 Dr. José Celso Barbosa was a Puerto Rican physician, sociologist, and political leader, known within Puerto Rico as the “father of the Statehood for Puerto Rico movement”. To honor him, Puerto Rico declared his birthday, July 27, an official holiday and named a post office for him in his hometown of Bayamón. Barbosa was also the first Puerto Rican to earn a medical degree in the United States.

Barbosa was born in 1857 in the city of Bayamón, Puerto Rico to parents of African and European ancestry. He received his primary and secondary education at Puerto Rico’s prestigious Jesuit seminary, where he was the first racially-mixed student to attend. After graduating from the Seminary, Barbosa tutored private students to save money to attend college.

In 1875, he moved to New York, where he learned English in a year. Barbosa’s goal was to study law, but after he suffered a bout of pneumonia in New York City, his doctor recommended that he study medicine. Barbosa enrolled at the University of Michigan in 1877, after being rejected from the College of Physicians and Surgeons (which became Columbia University Medical School) because of institutional racism.

Upon graduation in 1880, Barbosa returned to Puerto Rico and practiced medicine in his home town for several decades. At first the Spanish colonial government did not recognize Barbosa’s U.S. medical credentials as it was not from a known European university. Only with assistance from the American consulate was Barbosa able to establish his medical practice.

Barbosa made many contributions to medicine and public health. He initiated an early form of health insurance, encouraging employers to pay a fee to cover the future health needs of their employees. In 1893, Barbosa founded the first Puerto Rican cooperative and named it El Ahorro Colectivo.

During the Spanish colonial period, Barbosa was a member of the Autonomous Party led by Román Baldorioty de Castro, but left because of ideological differences.

In 1898, when the United States bombarded and blockaded San Juan during the Spanish–American War, Barbosa and other doctors who lived in Bayamon, traveled to the town of Cataño and took a ferry to the capital. Barbosa, as a member of the Red Cross, went to the aid of the wounded Puerto Rican and Spanish soldiers. He and his party on the ferry had to travel across San Juan Bay at risk, as they were under cannon fire. Barbosa and those with him were recommended by the Spanish government for the Cruz de la Orden del Mérito Naval (The Cross of the Order of Naval Merit) for their bravery.

As a result of the war, the United States made Puerto Rico one of its territories. On July 4, 1899, Barbosa and a group of supporters founded Puerto Rico’s first political party. For this, he became known as the father of the Statehood for Puerto Rico movement. At the time, he explained, “We want and we ask for equality. Not colonial control or protection. We [support] the same ideal of the American union with equality in rights and in duties.”

On June 5, 1900, President William McKinley named Barbosa, together with Rosendo Matienzo Cintrón, José de Diego, Manuel Camuñas and Andrés Crosas, as part of an Executive Cabinet under U.S.-appointed Governor Charles H. Allen, the first civilian governor of the island. The Executive Cabinet also included six American members. Barbosa served on the Executive Cabinet until 1917, dealing with a variety of governors appointed by the US during that period, and providing continuity in administration.

During this period, in 1907 he founded the newspaper El Tiempo, the first bilingual newspaper published on the island.

With representative elections authorized in 1917, Barbosa ran for an at-large seat. He was elected, serving as a member of the first Puerto Rican Senate, from 1917 to 1921.

José Celso Barbosa died in San Juan on September 21, 1921. He was buried in Santa Maria Magdalena de Pazzis Cemetery in Old San Juan. His daughter Pilar Barbosa became a historian, serving as the Official Historian of Puerto Rico from 1993 to 1997. She was also a political activist who carried on her father’s work.

Barbosa is celebrated — and his birthday is an official holiday — largely because of his political work, although he was also an active medical practitioner and public servant. He had to face and overcome racial prejudice. His college application was rejected by Columbia University. Objections to his medical practice upon his return to Puerto Rico were motivated, it is said, not so much by his American degree as by his ethnicity. Prejudice due to a colonial mentality only favored European descendants. Therefore, Barbosa decided, in his own way, to help end oppression. His work for equality became his primary political as well as professional motivation. He wrote, “Puerto Rico aspires to reach all the rights granted by U.S. Citizenship, in the same method, in the same manner, under the same form, and under the full integrity as the one enjoyed by the residents of any of the regions that are called States of the American Union. To that we aspire, that is what we want, that is what we shall have.” This is what he advocated for all of his life.

Barbosa’s house in Bayamón has been preserved and is operated as a house museum. Many of his awards, certificates, books and other artifacts of interest are on exhibit.