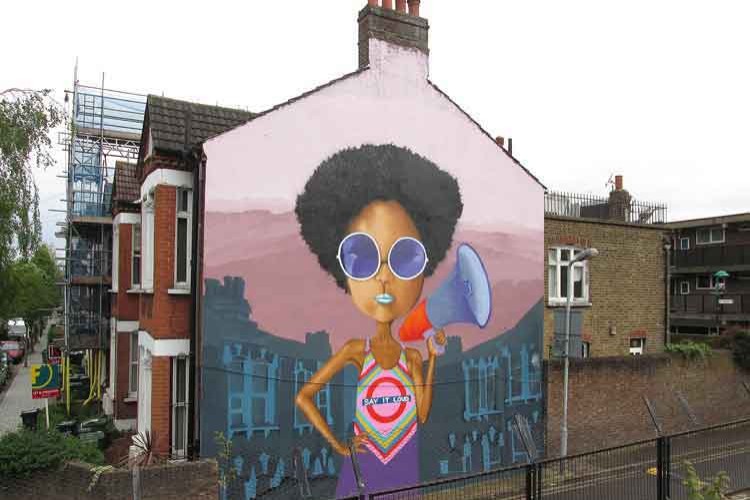 Olive Elaine Morris was a Black-British community leader and political activist, who campaigned for racial, gender and social equality, as well as squatters’ rights in the 1970s in the United Kingdom. Morris joined the British Black Panthers in her teens, and later co-founded the Brixton Black Women’s Group, and the Organisation of Women of African and Asian Descent (OWAAD). In 2018, she was voted as one of eight Black women to have contributed to the development of Britain by the Voice Newspaper. She died at the tender age of 27 of Non-Hodgkin lymphoma.

Olive Morris was born on June 26 1952 in Harewood, St Catherine, Jamaica, to Doris and Vincent Nathaniel Morris. When she was nine-years-old the family moved to London, England. She had three brothers and two sisters and lived predominantly in South London, attending Heathbrook primary school, Lavender Hill Girls’ Secondary School, and Tulse Hill secondary school. She later went on to study at the London College of Communication.

On 15 November 1969, Nigerian diplomat Clement Gomwalk was confronted by police while parked outside the Desmond’s Hip City record store. The police accused him of stealing his own car and dragged him out of his Mercedes. They refuse to believe that he was a diplomat. When they started to beat him, a crowd formed around them to witness the brutality. Morris, only seventeen years old, “broke through the crowd to the scuffle” and “tried to physically stop the police from beating Gomwalk.” The police turned on her. Morris was brutally beaten because she was dressed in men’s clothes and had very short hair, and the police at that point believed she was a young man, one of them saying when challenged “She ain’t no girl”. Morris was arrested and threatened with rape while in police custody; “They all made me take off my jumper and my bra in front of them to show I was a girl. A male cop holding a billy club said, ‘Now prove you’re a real woman.’” Referencing his billy club he stated: “Look it’s the right color and the right size for you. Black Cunt!”

Her brother Basil Morris described her injuries from the incident, saying that he “could hardly recognize her face, they beat her so badly.” She was arrested, fined £10 and given a suspended sentence. The charges were: assault on the police, threatening behaviour, and possession of dangerous weapons.

The incident sparked Morris’ introduction to activism and her fight against police brutality. The Black Panther Youth League recruited Morris at 17 which furthered her activism.

Morris was central to the squatters’ campaign of the 1970s, opening the 121 Railton Road squat in 1973 with her friend Liz Obi. This squat became a hub of political activism and hosted community groups such as Black People against State Harassment. The building was also the site of the Sabarr Bookshop, one of the first Black community bookshops. It was set up by a group of Black men and women in Brixton that included Morris. The site subsequently became an anarchist project, called the 121 Centre, which lasted until its eviction in 1999.

According to Darcus Howe’s biographers, Robin Bunce and Paul Field, Olive was a woman who turned squatting into an art form.  In honor of that skill set, Olive is photographed scaling the wall of a house on the front cover of the Squatters’ Handbook.

Despite leaving school with no qualifications, Morris eventually took a degree in social sciences at Manchester University and became involved in community groups in Moss Side, and was an active member of the Manchester Black Women’s Cooperative. She helped to establish a supplementary school and worked with local Black parents for better educational provisions for their children to counter institutional racism within school.

The struggle of Black women was at the heart of her activism; she was the co-founder of the Brixton Black Women’s Group in 1974, one of the nation’s very first networks for Black women. She also co-founded the Organisation of Women of Asian and African Descent (OWAAD). The organization ran a number of campaigns such as fighting for women’s rights and taking a stand against inequality in education and police brutality.

In her commitment to activism and protest, Morris traveled extensively. In 1977, she visited China as part of a student delegation organized by the Society for Anglo-Chinese Understanding. She wrote a report on what she had learned and the experience influenced her views on social injustice. She also traveled to Morocco, Algeria, Spain, France, and Hong Kong.

Morris became ill during a trip to Spain in 1978. When she returned to the UK, she was diagnosed with non-Hodgkin lymphoma. She underwent treatment, which was unsuccessful. She died on 12 July 1979 at St Thomas’s Hospital, Lambeth, and was buried in Streatham Vale cemetery. She was 27 years old.

Lambeth Council named one of its key buildings after Olive Morris in 1986. The naming of the building followed the 1985 Brixton Riot, triggered by the accidental shooting of Cherry Groce by the police while searching for her son, Michael Groce, in connection with a firearms offence. A play area and garden for the community was also named after Morris in Myatt’s Fields.

Lopez de la Torre launched the “Remember Olive Morris” blog in 2007. As Lopez started to team up with other women, in October 2008 the Remembering Olive Collective (ROC) was started.

In 2011 the Olive Morris memorial award was launched to give bursaries to young black women.

In 2018, in celebration of the 100th anniversary of women’s right to vote, The Voice Newspaper listed Olive Morris as one of eight Black women who have contributed to the development of Britain.  She was also named by the Evening Standard on a list of 14 “Inspirational Black British women throughout history.”

On 26th June 2020, Google honored Olive Morris with a Google Doodle, on what would have been her 68th birthday. Google said in a statement: “There has never been a more timely moment to commemorate the birthday of Olive Morris, whose fight for equality, left an extraordinary legacy of local activism in Brixton and beyond. We hope that by recognizing and celebrating Olive Morris with a Google Doodle, we can inspire others to keep pushing forward for change.”