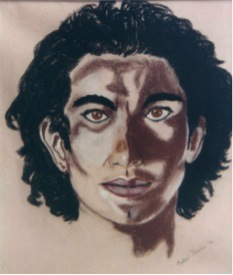 On the night of 2nd March 1795, Julien Fédon, launched a revolution against British rule in Grenada, to abolish the Maafa. The uprising which continued until June 19, 1796 became known as the Fedon Rebellion. Under Fedon’s leadership, 14,000 of Grenada’s 28,000 bondpeople (enslaved persons) joined the revolutionary forces, which effectively took control of Grenada. 7,000 of these self-liberated Blacks would perish in the name of freedom.

Julien Fedon was born on the island of Martinique, the son of a free African woman and Pierre Fedon, a French jeweler who traveled from Bordeaux, France, in 1749 to the island of Martinique. The family moved to Grenada in the 1750s, when the island was still under French rule. However, according to historian Edward Cox, Fédon seem not to have lived on the island in 1772 and probably migrated there later. However, in Grenada, Fedon was the owner of the farm in the Belvedere Estate, in Saint John Parish. He was also a commanding general of the French republican forces in Guadeloupe.

Fedon began the revolt to abolish the Maafa (slavery), convert bondpeople into citizens, and eliminate British colonial rule, returning it to the French people. He was influenced both by the French Revolution in France, the French Revolutionary leaders on Guadeloupe, and the Haitian Revolution. He had the firm intention to make of Grenada a new African republic, following the Guadeloupe model. To do this, he fought against the landlords and Euro-British bourgeois, with the help of several troops formed by around 100 freed Blacks. The attacks were well-coordinated against the cities of Grenville and Gouyave. The insurgents looted and burned houses and execute the British settlers in the streets. After returning to the mountains of Belvedere, the insurgents joined a large group of bondpeople who had abandoned the concentration camps (plantations) where they labored. In the mountains, Fedon established several fortifications to face the British attacks. By June 1796, the revolution allowed them to control the whole island except the St. George Parish, there the government was located.

Although the revolution was eventually destroyed by the British, tensions remained high until the Maafa was abolished in 1834. Fedon was never captured and his whereabouts was unknown after the revolution.

During the nineteenth and twentieth centuries, Fedon was considered a folk hero in Grenada and influenced the nationalist leaders and revolutionaries of the island.