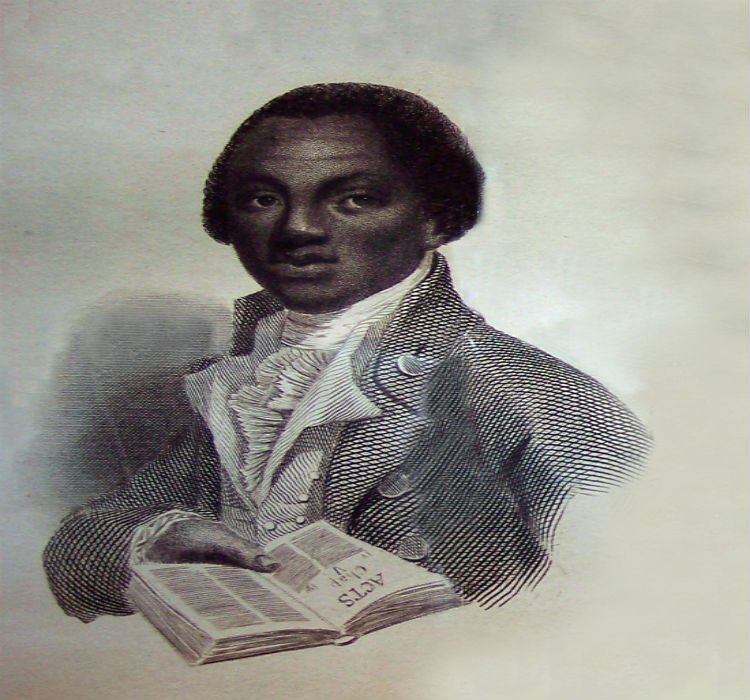 Olaudah Equiano was born an Igbo around 1745, in what is now eastern Nigeria. He came from a prosperous home; his father was a local elder. Kidnapped with his sister at around the age of 11, Equiano was dragged to the African coast and sold by local slavers.

Equiano was first shipped across the Atlantic to Barbados and then Virginia, where he was sold to a Royal Navy officer who renamed him ‘Gustavus Vassa’ after the 16th-century Swedish king. During the eight years, he was enslaved by the Navy officer, Equiano traveled the oceans, was baptized, and learned to read and write. He was then sold to a ship captain in London, who took him to Montserrat, where he was again sold to a prominent merchant. He worked at various enslaved jobs before arriving in England and buying his freedom.

Equiano then spent much of the next 20 years traveling the world, including trips to Turkey and the Arctic. In the last decade of his life, he established his fame as a literate, devout political activist. As an abolitionist, he lobbied for the interest of the local Black community, campaigning in print and in public for an end to the Maafa (slavery). In 1792, Equiano married an Englishwoman and they had two daughters.

In 1789 he published his autobiography, ‘The Interesting Narrative of the Life of Olaudah Equiano or Gustavus Vassa, the African’, providing us with one of the few first-hand African accounts of the details of contemporary African life. His account of the Maafa, the grotesqueness of life on the Atlantic crossing, and the terrors of enslavement in the Americas has captured the historical imagination.

Despite all the suffering that the Atlantic system of the Maafa (enslavement/slavery) heaped on him, and against all the odds he managed to create a great life for himself and a respected position in contemporary British society.

I see a queen