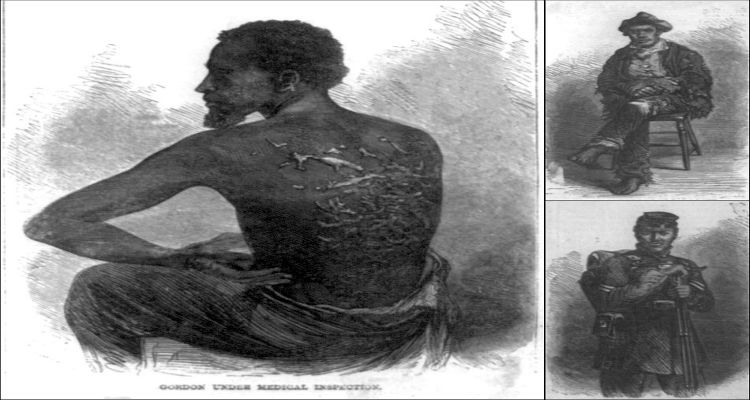 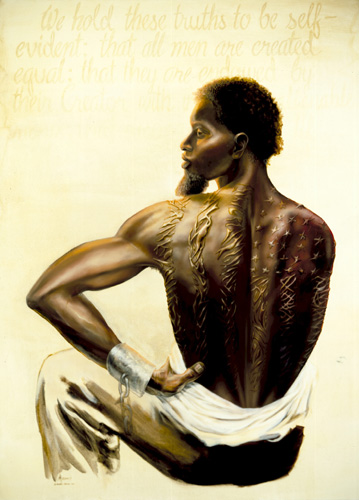 Gordon was an enslaved African-American who became an iconic figure during the Civil War, in exposing the brutality of the Maafa ( Atlantic slavery). A famous photograph of Gordon, usually titled “The Scourged Back,” was widely circulated by abolitionists and in July 1863 three engraved portraits of him were printed in Harper’s Weekly, the most widely read journal during the Civil War. After escaping from his enslaver, Gordon served as a soldier in the United States Colored Troops and inspired many free African-Americans to enlist in the Union Army.

Gordon was enslaved on the plantation of John Lyons, who owned nearly forty bondspeople at the time of the 1860 census. He received a severe whipping which left him with horrible welts on much of the surface of his back. Recuperating in bed Gordon decided to escape. In March 1863 he fled his home, heading east towards the Mississippi River. In order to mask his scent from the bloodhounds who were chasing him, Gordon took onions from the plantation, which he carried in his pockets. After crossing each creek or swamp, he rubbed his body with these onions in order to throw the dogs off his scent. He fled over 80 miles over the course of ten days before reaching Union soldiers  who were stationed in Baton Rouge.

While at this encampment Gordon decided to enlist in the Union Army. He underwent a medical examination on April 2, 1863. It was during this examination that military doctors discovered the severe keloid scars from several whippings. 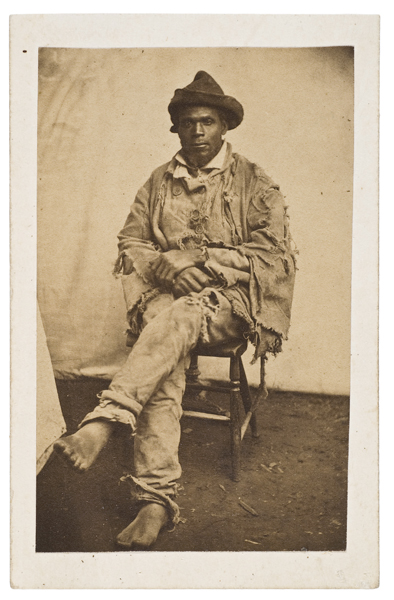 According to Gordon: “Ten days from to-day I left the plantation. Overseer Artayou Carrier whipped me. I was two months in bed sore from the whipping. My [enslaver] come after I was whipped; he discharged the overseer.  My [enslaver] was not present. I don’t remember the whipping. I was two months in bed sore from the whipping and my sense began to come – I was sort of crazy. I tried to shoot everybody. They said so, I did not know. I did not know that I had attempted to shoot everyone; they told me so. I burned up all my clothes; but I don’t remember that. I never was this way (crazy) before. I don’t know what make me come that way (crazy)… They told me I attempted to shoot my wife the first one; I did not shoot anyone; I did not harm anyone. My [enslaver] is Capt. John Lyon, cotton planter, on Atchafalya, near Washington, LA. Whipped two months before Christmas.”

Two photographers, William D. McPherson and his partner Mr. Oliver, were in the camp at the time, and Gordon was asked to pose for a picture that would reveal the harsh treatment he had recently received. McPherson and Oliver then mass-produced and sold copies of Gordon’s portrait in the small and popular format of the time, known as the carte-de-visite.

On the verso of the mount were the comments of S. K. Towle, surgeon, 30th Regiment, Massachusetts Volunteers: “Few sensation writers ever depicted worse punishments than this man must have received, though nothing in his appearance indicates any unusual viciousness — but on the contrary, he seems intelligent and well behaved.”

The photographs of Gordon were used by abolitionists throughout the United States as visual evidence of the brutality of the Maafa. The image provoked an immediate response as copies circulated quickly and widely. An unidentified writer for the New York Independent wrote: “This Card Photograph should be multiplied by 100,000, and scattered over the States. It tells the story in a way that even Mrs. [Harriet Beecher] Stowe [author of the 1852 book, Uncle Tom’s Cabin] can not approach, because it tells the story to the eye.” 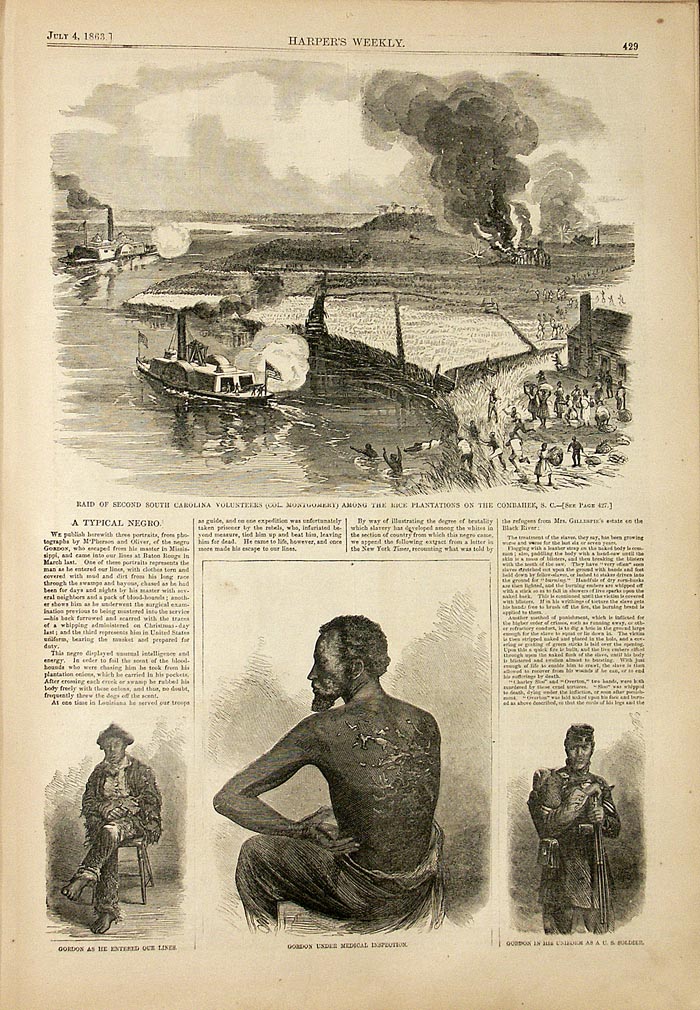 On July 4, 1863, Harper’s Weekly reproduced the image as a wood engraving with the article, “A Typical Negro.” Two other portraits of Gordon — one “as he entered our lines,” and the other “in his uniform as a U.S. soldier”— were also included.

Together these three images and the accompanying article about his harrowing journey and the brutality of Southern slaveholders transformed Gordon into a symbol of the courage and patriotism of African Americans. His example also inspired many free blacks in the North to enlist.

Gordon joined the Union troops as a guide. On one expedition he was taken prisoner by the Confederate forces, who tied him up and beat him, leaving him for dead. He survived, however, and once more made his escape to Union lines. Gordon soon afterward enlisted in an African American regiment. He was said to have fought bravely as a Sergeant in the Corps d’Afrique during the Siege of Port Hudson, an important Confederate stronghold on the Mississippi River twenty miles north of Baton Rouge. This battle on May 27, 1863, marked the first time that African American soldiers played a leading role in an assault on a major Confederate position. “Their heroism was widely noted and helped convince many skeptics to accept the enlistment of African Americans into the U.S. Army. There are no further records indicating what became of Gordon. Yet, this famous image of him lives on as a searing testament of slavery’s brutality and the fortitude displayed by so many African Americans during this period.”

The Art of Michael Anthony Brown