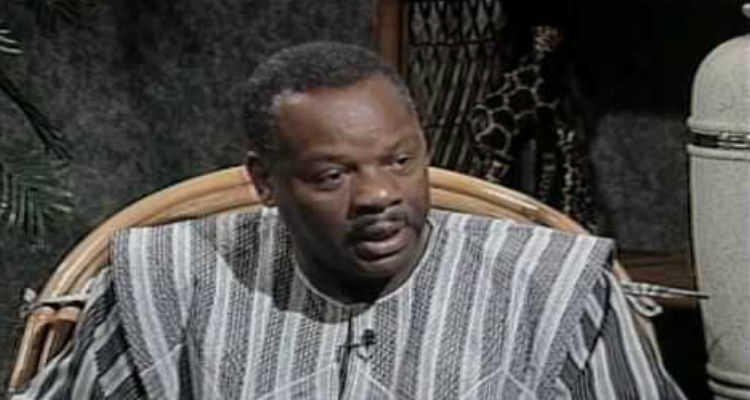 Dr. Molefi Kete Asante is one of the most distinguished contemporary scholars. Asante is known for his writings on Afrocentricity, a school of thought that has influenced the fields of sociology, intercultural communication, critical theory, political science, African history, and social work. He has published numerous books and is the founding editor of the Journal of Black Studies. He is the father of author and filmmaker MK Asante.

Asante was born Arthur Lee Smith Jr. in Valdosta, Georgia, the fourth of 16 children. His father, Arthur Lee Smith, worked in a peanut warehouse and then on the Georgia Southern Railroad; his mother worked as a domestic. As an adolescent, Asante attended Nashville Christian Institute, a Church of Christ-founded boarding school for Black students, in Nashville, Tennessee, from which he earned his high school diploma in 1960. During the summers Asante would return to Georgia to work in the tobacco and cotton fields in order to earn tuition for school. An aunt, Georgia Smith, influenced him to pursue his education; she gave him his first book, a collection of short stories by Charles Dickens.

While still in his high school years, he became involved with the civil-rights movement, joining the Fisk University student march in Nashville. After graduation, he initially enrolled in Southwestern Christian College of Terrell, Texas, another historically black institution with Church of Christ roots where he met a Nigerian named Essien Essien, whose character and intelligence inspired Smith to learn more about Africa.

Shortly before assuming his new position in 1976, Asante chose to make a legal name change because he considered “Arthur Lee Smith” a slave name.

In 1969 he was the co-founder with Robert Singleton of the Journal of Black Studies. Asante directed UCLA’s Center for Afro American Studies from 1969 to 1973.

Also in 1969, Asante wrote his first study of the Black movement, Rhetoric of Black Revolution. Subsequently, he wrote Transracial Communication, to explain how race complicates human interaction in American society. Soon Asante changed his focus to African-American and African culture in communication with attention to the nature of African-American oratorical style.

Asante wrote Afrocentricity: The Theory of Social Change (1980) to announce a break with the past where African Americans saw themselves on the margins of Europe without a concept of historical centrality. He then wrote on the conflict between whyte hegemonic culture and the oppressed African culture and on the lack of victorious consciousness among Africans, a theme found in his principal philosophical work, The Afrocentric Idea (1987). Additional works on Afrocentric theory included Kemet, Afrocentricity and Knowledge (1990), and An Afrocentric Manifesto (2007).

Asante chaired the Communication Department at SUNY-Buffalo from 1973-1980. He worked in Zimbabwe as a trainer of journalists from 1980 to 1982. In the Fall of 1984 Dr. Asante became chair of the African American Studies Program at Temple University where he created the first Ph.D. Program in African American Studies in 1987. He has directed more than 140 Ph.D. dissertations. He has written more than 550 articles and essays for journals, books and magazines and is the founder of the theory of Afrocentricity.

In 1995 Asante was made a traditional king, Nana Okru Asante Peasah, Kyidomhene of Tafo, Akyem, Ghana. In 2012 he was given the title of Wanadoo of Gao in the court of the Amiru Hassimi Maiga of Songhoy. Dr. Asante has been or is presently a consultant for a dozen school districts. He was the Chair of the United States Commission for FESMAN III for three years. Asante was elected in September, 2009, by the Council of African Intellectuals as the Chair for the Diaspora Intellectuals in support of the United States of Africa.

Dr. Molefi Asante believes it is not enough to know; one must act to humanize the world.

The Utne Reader identified him as one of the 100 leading thinkers in America, writing:

“Asante is a genial, determined, and energetic cultural liberationist whose many books, including Afrocentricity and The Afrocentric Idea, articulate a powerful African-oriented pathway of thought, action, and cultural self-confidence for Black Americans.”