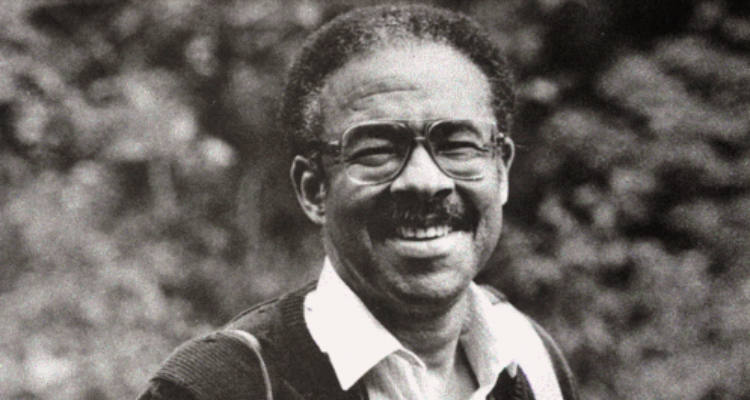 Moneta Sleet Jr. was the Pulitzer Prize-winning photojournalist, best remembered for his photograph of Coretta Scott King and her daughter at the funeral of the Martin Luther King Jr. Sleet is the first African-American man to win the Pulitzer for journalism.

Sleet was born in Owensboro, Kentucky on February 14, 1926. A box camera given to him by his parents when he was a child marked the beginning of his enchantment with photography. Although he was the official photographer for his high school, Sleet did not think of becoming a professional photographer until he went to Kentucky State College in Frankfort. Initially a business major, he decided to switch to photography after getting a job as an assistant at a commercial studio operated by a college dean. His studies at Kentucky State College was interrupted by a couple of years in the U.S. Army, and after graduating in 1947 he began pursuing photography as a career. In 1948 he was invited to set up a department of photography at Maryland State College. After a year, he left to engage in postgraduate study in New York. Sleet briefly attended the School of Modern Photography, and in 1950 he received a master’s degree in journalism from New York University.

Sleet’s first journalism job was as a sportswriter for the Amsterdam News, a Black newspaper in New York, in 1950. Several months later, he joined Our World, a popular Black picture magazine. When it folded in 1955, he joined the staff of the Johnson Publishing Company and began shooting pictures for Jet and Ebony magazines.

In four decades as a staff photographer for Johnson Publishing, Sleet has documented the struggles and triumphs of people of color throughout the world. Sleet’s major contributions to photojournalism and world history are his pictorial chronicles of both the American civil rights movement and the emergence of independent South African States. He has recorded such major events as the famous 1963 march on Washington, D.C.; the 1965 Selma, Alabama march for voting rights; and the independence day celebrations in Nairobi, Kenya in 1963. In addition to traveling extensively in the United States, he has been to Liberia, Libya, the Sudan, Ghana, the Gambia, Kenya, Nigeria, Norway, Russia, South America, and the West Indies. He has photographed former African heads of state such as Ethiopian emperor Haile Selassie, Ghanaian prime minister Kwame Nkrumah, Liberian president William Tubman, and Kenyan president Jomo Kenyatta. His celebrity photos include memorable shots of singers Billie Holiday and Patti LaBelle; jazz musician Thelonius Monk; actors Bill Cosby, Phylicia Rashad, and Sidney Poitier; and the late tennis great Arthur Ashe.

Because of his personal and professional interest in the civil rights movement of the 1960s, Sleet came to know Dr. Martin Luther King, Jr., well and produced one of the largest collections of candid shots of King and his family. He took one of his first shots of the Kings in 1956—a photo of Dr. and Mrs. King with their infant daughter, Yolanda, on the steps of the Dexter Avenue Baptist Church in Montgomery, Alabama, at the very beginning of the King crusade. He traveled with the family to Oslo, Norway, when King received the Nobel Peace Prize. Sleet grew close to the family over the years. “It’s kind of a peculiar position to be in,” he told the New York Times, “because, on one hand, you are there as [a photographer], but people soon forgot that.” 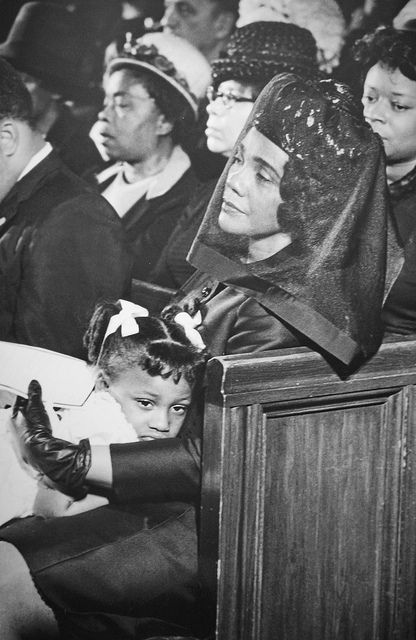 In 1968, following the assassination of Dr. King, when Mrs. Coretta Scott King learned that the small pool of photographers covering her husband’s funeral did not include a Black photographer, she sent out word that if Mr. Sleet were not allowed in the church and given a choice vantage point, there would be no photographers.

In the end, Sleet, had what turned out to be the best position of all. His photograph showing Dr. King’s 5-year-old daughter, Bernice, lying across her mother’s lap and looking hauntingly toward the camera was considered such a powerful image that it was transmitted nationwide by The Associated Press and won Sleet a Pulitzer Prize for journalism, the first received by a Black journalist, as well as the first bestowed upon anyone working for a Black publication. In explaining the compassion shown in this picture to American Photographer, he said simply, “He was my leader, too.”

Besides his photo of Coretta Scott King, Sleet also captured grieving widow Betty Shabazz at the funeral of Malcolm X.

The first exhibition of his photographs took place at a one-man show sponsored by Alpha Kappa Alpha Sorority in 1970. Sixteen years went by before his second exhibition, sponsored jointly by the Johnson and Phillip Morris companies, was mounted. Sleet’s photographs always reflected the care and sensitivity of approach that came to be his trademark.

Sleet died of cancer in 1996 at the age of 70. His collection Special Moments in African American History: The photographs of Moneta Sleet, Jr. 1955-1996 was published posthumously in 1999. He has also received a citation for excellence from the Overseas Press Club of America, awards from the National Urban League and the National Association of Black Journalists, and induction into the Hall of Fame at the University of Kentucky. In 2000, Sleet was honored with an historical marker, the Moneta Sleet Historical marker, located in Owensboro, Kentucxky across the street from his childhood home.