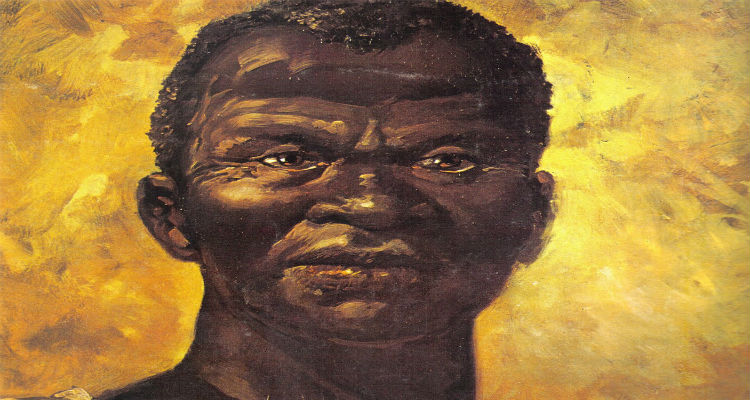 “The legend of the Palmares quilombo…and its greatest leader, Zumbi, are central to the history and modern day struggle of Brazilians who recognize their African ancestry. All over Brazil, there are or have been hundreds of organizations and cultural groups named after this legendary leader, as well as a national holiday in recognition of black consciousness and also Brazil’s first and only predominantly black college.”

It is believed that Zumbi dos Palmares was born free in the Palmares region of Brazil in the year 1655. A strong, proud man who was unhappy with his social status, Zumbi decided to face his tormentors and liberate his people. He was the last of the military leaders of the Quilombo (Kimbundu word: “kilombo,” of the North Mbundu Bantu language in Angola, meaning “warrior village or settlement”) of Palmares. The Quilombo dos Palmares was a free society, which included the present day Brazilian coastal state of Alagoas. Today, Zumbi is known as one of the great historic leaders of Brazil. 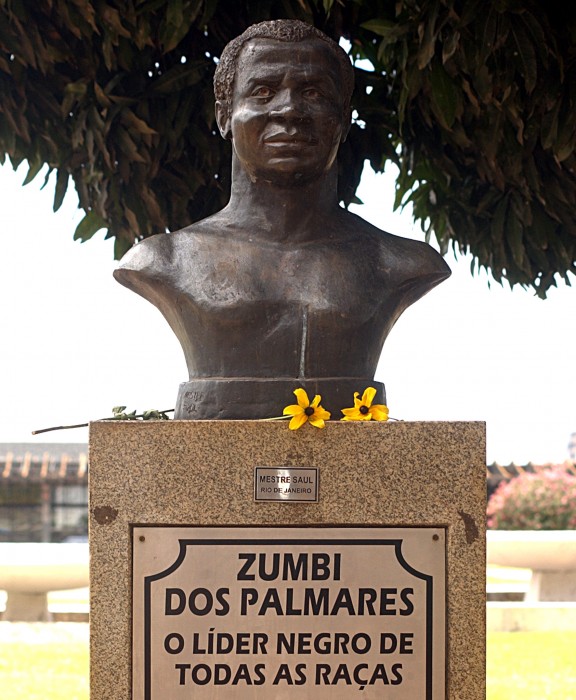 At approximately 6 years old, Zumbi was captured from the Palmares region by the Portuguese and given as an bondperson (enslaved Black) to a Portuguese priest, António Melo. Baptized Francisco, Zumbi was taught Latin, the Portuguese religion and language, and assigned to serve the Catholic mass. In 1670, at 15 years old, Zumbi escaped and returned to his birthplace where he soon became known as a Capoërae / Capoiera master in the roda (wheel or circle) of Palmares’ practioners of this African martial art. By his early twenties, he became a respected military strategist.

By 1678, the governor of the captaincy of Pernambuco, Pedro Almeida, weary of the longstanding conflict with Palmares, approached its leader Ganga-Zumba with an olive branch. Almeida offered freedom for all runaway the people of Palmares if they submitted to Portuguese authority, a proposal which Ganga Zumba favored. But Zumbi was distrustful of the Portuguese. Further, he refused to accept freedom for the people of Palmares while other Africans remained enslaved. He rejected Almeida’s overture and challenged Ganga Zumba’s leadership. Vowing to continue the resistance to Portuguese oppression, Zumbi became the new leader of Palmares.

Fifteen years after Zumbi assumed military leadership of Palmares, Portuguese colonial military commanders mounted a devastating military assault against Palmares. On February 6, 1694, after 67 years military conflict with Palmares, the Portuguese eventually destroyed the capital, Macaco. Zumbi eluded the Portuguese but was betrayed by a captured quilombola who led the Portuguese of São Paulo (paulistas) to his hideout.  Zumbi was captured and killed on November 20, 1695. His head is said to have been shipped to Recife, Brazil where it was displayed in the central praça as proof that Zumbi was not immortal and as a warning to other African resistance fighters.

Since the 1960s, November 20 – the date of Zumbi’s death – has been celebrated in Brazil as Black Awareness Day or Black Conscious Day (“Dia da Consciência Negra” in Portuguese). It is also a day on which to reflect upon the injustices of the Maafa (Atlantic slavery) – from the first transport of Afrikan people to Brazil in 1594 – and to celebrate the contributions to society and to the nation by Brazilian citizens of African descent. Additionally, May 13 is the national holiday in Brazil in honor of the Abolition of the Maafa in Brazil in 1888.