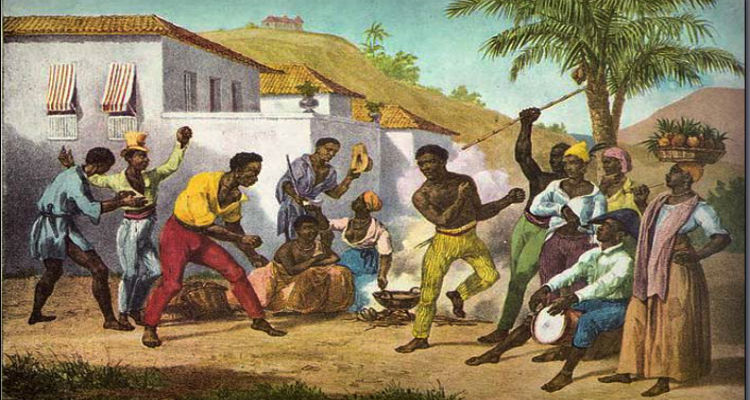 Palmares or Quilombo dos Palmares is the largest and most famous of Brazilian quilombos, and perhaps the quilombo that survived the longest. It was established from the early 1600s about 60k inland from the northeast coast of Brazil around the regions of Pernambuco and Alagoas. This iconic site of Afrikan resistance in the Americas lasted for almost the entire 17th century, and led to humiliating defeats of the Portuguese and their defenders on numerous occasions until it was destroyed in 1694. However, this Afrikan polity was called Ngola Janga by the people, which can be interpreted as Little Angola, as most of the people in the quilombo came from the Congo and Angola, which had become a Portuguese colony in 1571. 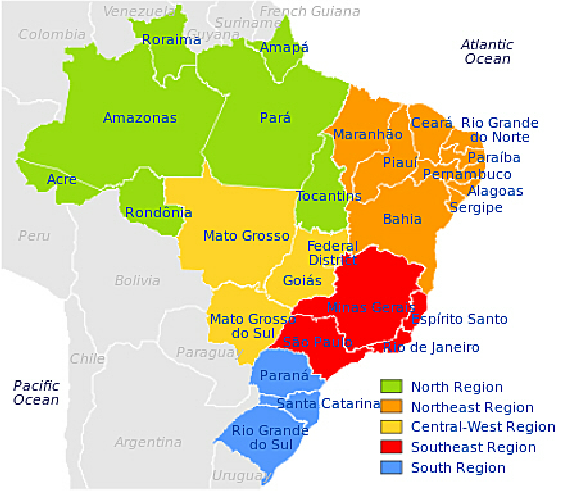 The word Quilombo is a term of Bantu origin, Kilombo. In Afrika, warriors of the Imbangala state were known as nugnza (singular: gonzo) and were divided into twelve squadrons, each led by a leader called a musungo. These twelve squadrons were part of a kilombo, a temporarily fortified town surrounded by a wooden palisade. Thus a Kilombo was an Ovimbundu warrior society which had well-defined initiation procedures and strict military discipline. It seems that Ngola Janga was established according to these warrior principles, in the area of Pernambuco where palm trees abounded (thus the name, Palmares), as it was divided into many villages with autonomous capacity for production and decision-making; each of these village had its own military and political commander, who was chosen on the merits of strength, intelligence and dexterity. However, these leaders were led by a council whose goal was to manage the polity as a whole. Ngola Janga also had a capital, Macaco, and a overall ruling military leader.

Ngola Janga promoted attacks on the sugar plantations and colonial towns and gave stimulus to massive escapes of bondpeople in Pernambuco. It provoked such unrest among the colonizers, priests and Portuguese royal officials that the Portuguese crown under pressure from a variety of sources attempted at various times to negotiate with the leaders. Unable to defeat Ngola Janga despite several attempts, in 1608, the Portuguese governor of Pernambuco radically propose the end of enslaving Afrikan people because, “Blacks were always rebelling. They may grow in a manner that in order to defeat them we will have to pay a high price.” 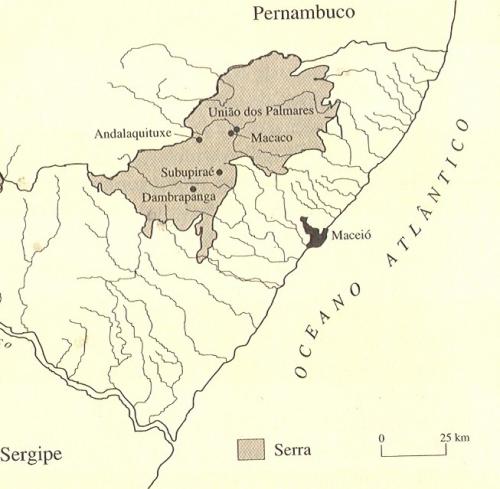 A Portuguese expedition in 1612 against Ngola Janga, described the African polity as a powerful and dangerous refuge. The Dutch, who invaded Brazil in 1630 and who then dominated the region of Pernambuco also acknowledged the danger of Ngola Janga but despite all military efforts were unable to destroy it.

In 1644 the Dutch led a military expedition against the polity and claimed to have killed one hundred people and captured thirty-one out of the six thousand people living there. Out of the thirty-one captives, seven were Amerindians and some mixed-race children. The Dutch described the quilombo as a half a mile long village, surrounded by a double stake fence with two entranced and agricultural fields nearby.

The next year the Dutch led a second expedition to Ngola Janga. The Dutch militia leader reported that Ngola Janga was a polity comprising nine separate villages. He made mention of a New Palmares as well as Old Palmares, which he described as a village containing some fifteen hundred people living in two hundred and twenty dwellings. He probably referred to the early settlements as Old Palmares and recent ones as New Palmares. Three of the villages had Amerindian names: Arotirene, Tabocas, and Subupira. In fact, colonial documents reference the presence of Jews, Muslims, heretics, witches and other so-called outcasts persecuted by colonizers, living with the Afrikan (and Amerindian) people of Ngola Janga. The language the people of Ngola Janga spoke was a mixture of Portuguese with Afrikan forms that was so different that other Brazilians could not understand it.

After the expulsion of the Dutch from Brazil in 1654 the Portuguese carried out several expeditions against Ngola Janga. Starting in 1670, the colonizers initiated a systematic campaign to destroy Ngola Janga, involving almost yearly assaults on its villages. In one expedition, in 1676, about two hundred people were imprisoned. Between 1670 and 1687, historical accounts indicate that a “Great Lord” or Ganga-Zumba ruled the quilombo. He lived at the capital, called Macaco. The name of the town could be related to the Bantu word, mokoko, which means “cock”; although the Portuguese colonizers interpreted it as a reference to monkeys (macaco). Ngola Janga can also be interpreted as The Little Red Polity (if so, it could refer to the cock’s crest, if we accept mokoko as “cock”). Macaco was also known as the Royal Stockade, because it was the fortress town of the king.

Several expeditions were launched from 1667 onwards and Zumbi, the nephew of King Ganga-Zumba, first distinguishes himself in a battle in 1674. His own name, Zumbi, suggests that he may have played an important spiritual role in the community, as nzumbi is associated with a Bantu priestly and military title in Angola.

In 1675, the paulistas (Sao Paulo factions) refused to combat Ngola Janga. At the time, they were in Bahia under the leadership of Estevao Baiao Ribeiro Parente, the famed “decimator and capturer of Amerindians”. It was reported that the paulistas argued that it was one thing to confront the suicidal tactics of the indigenous people which made it easy for them to win, but it was another thing entirely to confront the stealthy guerrilla tactics of the Blacks who camouflaged themeselves in the bushes, a kind of warfare for which the paulistas had no experience.

In 1678, two sons of King Ganga-Zumba were captured. The Portuguese governor of Pernambuco sent an official ensign to offer a peace proposal to King Ganga-Zumba. The governor propose that the king’s children and relatives who were captured would be released, the guarantee of manumission and the right to land for those who surrendered. Discord arose inside Ngola Janga after King Ganga-Zumba signed the “Recife agreement” which ended with the assassination of the king through poisoning, and Zumbi being proclaimed the new king.

From 1679 to 1692, Ngola Janga experience the most violent period of its history. Different local Portuguese captains tried to destroy it, but it soon became clear that the local expeditionary forces were no match for the quilombo. Then in 1687 the governor of Pernambuco decided to authorized a military expedition using a mercenary bandeirante against Ngola Janga. A militia force of colonizers, Amerindians and mamelucos (mix of indigenous population and the Portuguese), finally destroyed Ngola Janga after seven years. In 1694, a militia army of six thousand men, destroyed Macaco after a 42-day seige, with two hundred of its people dying. Many people manage to flee, and Zumbi, its last king was not captured until the 20 November 1695.

Serra da Barriga, where Ngola Janga was located, was declared a National Heritage Site in the mid-1980s.

Source:
Slavery in Brazil by Herbert Klein and Francisco Vidal Luna
Freedom by a Thread: The History of Quilombos in Brazil edited by João José Reis and Flávio dos Santos Gomes.
https://en.wikipedia.org/wiki/Imbangala