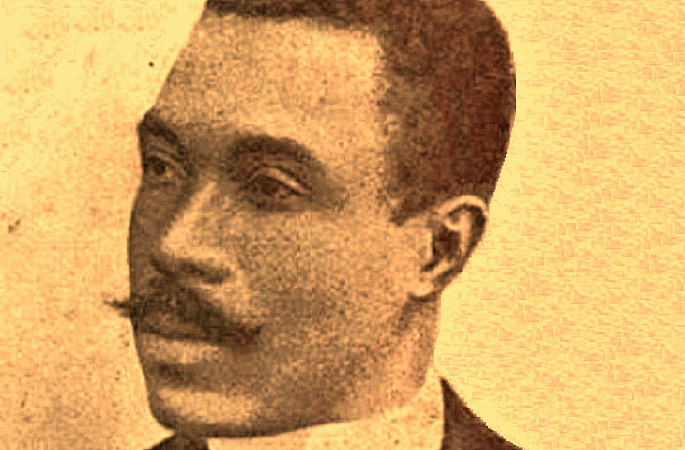 Poet João da Cruz e Sousa, (November 24, 1861-March 19, 1898) was the leading figure of the Symbolist movement in Brazil. Called the Cisne Negro (“Black Swan”) by his contemporaries, his poetry weds the technical principles of French Symbolism to themes drawn from his social concerns and his own personal suffering. He was widely admired and emulated by younger poets of his own country, as well as those involved in the Modernist movement in Latin America. 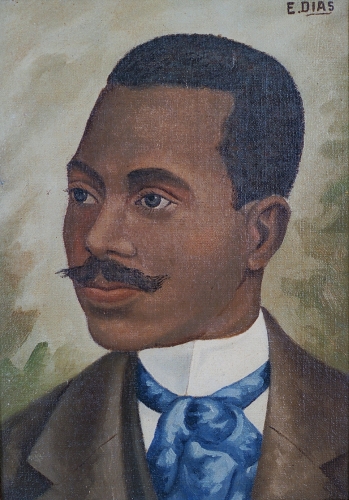 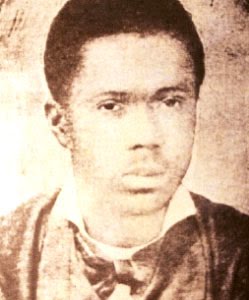 Born in the Southern State of Santa Catarina, his father was Guilherme da Cruz, a bricklayer, and his mother was Carolina Eva da Conceição, both freed enslaved persons. Sousa’s former enslaver, the Marshal Guilherme Xavier de Sousa, treated him like a close relative, teaching him how to read, write and speak Greek, French and Latin. He also gave João da Cruz his surname Sousa. Cruz e Sousa also studied Mathematics and natural sciences under the guidance of famous German biologist Fritz Müller.

He traveled widely throughout Brazil in early adulthood, both as a member of a theatrical company and in abolitionist campaigns. His first poems were published in 1877, but his career gained momentum shortly after 1890, when he came in contact with the literary circle of Rio de Janeiro. In 1881, he directed the journal Tribuna Popular, whereupon he fought against the Maafa (slavery) and racial prejudice. His three best-known collections of poetry were published in the 1890s: Broquéis (1893; “Shields”), Missal (1893; a volume of poetic prose), and Faróis (1900, posthumous; “Beacons”). In February 1893 he publishes Missal and in August, Broquéis, initiating Symbolism in Brazil, which extended itself until 1922. In November of the same year, Cruz e Souza married Gavita Gonçalves, whom he had four children, all died prematurely due to tuberculosis. Da Cruz e Sousa struggled with financial problems and poor health.

A proud artist who was aware of the depth of his talent, Cruz e Souza refused to bow to the literary establishment, with which he could never racially, culturally, or socially identify. Both as an artist and as a man, he realized that his ‘identity’ and ‘fate’ were inseparable; and in defiance of their views toward him he lifted aloft the banner of Blackness.

“I bore, like corpses lashed to my back and incessantly and interminably rotting, all the empiricisms of prejudice, the unknown layers of long-dead strata, of curious and desolate African races that Physiology had doomed forever to nullify with the mocking papal laughter of Haeckel! . . . All the doors and passage-ways along the road of life are closed to me, a poor Aryan artist-yes, Aryan, because I acquired, by systematic study, all the qualities of that great race. To what end? A sad black man, detested by those with culture, beaten down by society, always humiliated, cast out of every bed, spat upon in every household like some evil leper! But how? To be and artist and black?”

“O my hatred, my majestic malice my sacred, pure and benign malevolence anoint my forehead with your pure kiss so that I may be both proud and humble”

“Humble and generous to the meek but haughty to those lacking Desire, lacking in Goodness and faith, who know not the lamp of the gentle, fecund sun.”

“O my hatred, my blessed emblem which flaps in the wind of my soul’s infinity while the others’ banners droop”

“Hearty, benign hatred be my shield! against those villains of love, whose infamy resounds from the Seven Towers of Mortal Sin.”

Lack of recognition by his peers drove Cruz e Sousa to strive harder for perfection in his art. In “Alma Solitária” (Solitary Soul), he dispels his melancholy which he likened to an adolescent archangel forgotten in the Valley of Hope.

O Soul sweet and sad and pulsating!
What kitharas weep solitaries
Across distant Regions, visionaries
Of your Dream secret and fascinating!

João da Cruz e Sousa died of tuberculosis at the age of 36.