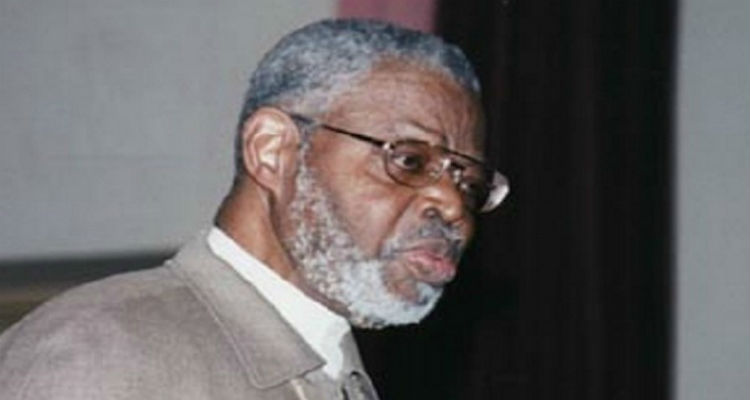 “The real story of the scramble for Africa is presented…as having started some time around 1830 AD when France invaded Cueta, the most northern part of Morocco closest to what will be today the Rock of Gibraltar. And from 1830 that scramble went on until 1864 and then again started in 1884 at which time the Berlin Conference was called by Otto Von Bismarck and Kaiser Wilhelm.

But that kind of analysis will be totally in error…

Yosef Ben-Jochannan, also known as Dr. Ben, was an African-American scholar, historian and lecturer, respected for his meticulous research into the roots of African history. As an African-centered historian, Dr. Ben’s work focused mainly on the Black presence in ancient Egypt. He contends in his writings that the pharaohs came out of the heart of Africa and that the original Jews were from Ethiopia and were Africans, and the whyte Jews adopted the faith and customs later. He has been accused of distorting history by Eurocentric historians and, since his work contradicts their prevailing view of Egyptian and African history, it is, therefore, deem controversial.

Dr. Ben reported that he was born in Ethiopia to a Puerto Rican mother, Julia Matta and an Ethiopian father, Kriston Ben-Jochannan. He was named after his grandfather Jochannan. In fact, his name is Hebrew and means Joseph the son of Jonathan. Shortly after his birth, the family moved to St. Croix, part of the United States Virgin Islands, where he grew up as an only child. Dr. Ben travelled extensively with his parents through South America and was educated in Puerto Rico, Brazil, Cuba, and Spain, with the idea of becoming a civil engineer.

Dr. Ben immigrated to the United States in 1945 and made New York City his home base until early 1988 when he took up residence in Cairo/Giza, Egypt. He worked as a draftsman and continued his studies. He conducted research in Africa, mainly Egypt, Sudan and Ethiopia. He was well versed in Hebrew, Spanish, Portuguese, Arabic, Greek and had a reading knowledge of Italian and classical German. Dr. Ben began his educational teaching in Harlem in 1967 at HARYOU-ACT. He worked as an adjunct professor (1973-1987) at Cornell University in the Africana Studies and Research Center, then directed by James Turner. He also taught at other institutions, including Malcom-King College in Harlem and Rutgers University. In 1977 he accepted an honorary faculty position with the Israelite Rabbinical Academy at Beth Shalom Hebrew Congregation in Brooklyn. 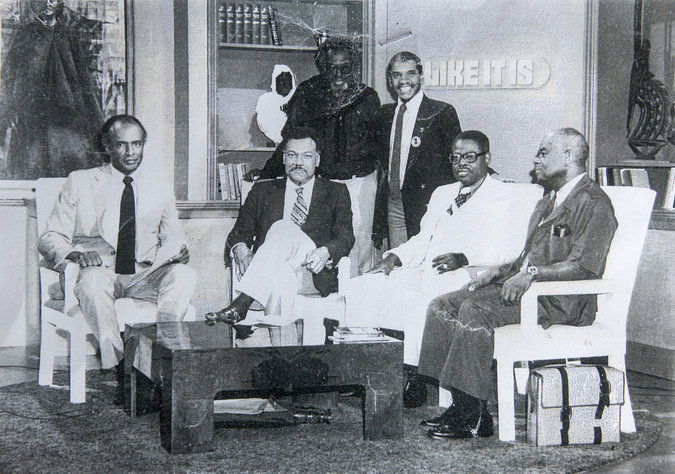 Dr. Ben was a prolific author whose writing focused primarily on ancient Nile Valley civilizations and their influence on Western cultures. According to Nick Chiles writing for Atlanta Black Star, “One of [Dr. Ben’s] many specialties was the ancient civilization of Kemet in Egypt. He was one of the first true Egyptologists, before that title had even come into vogue. Dr. Ben was always a controversial figure because he had no interest in trying to placate European scholars or writers who were threatened by his claims about Africa, Europe and the Middle East.”

In 2002, Ben-Jochannan donated his personal library of more than 35,000 volumes, manuscripts and ancient scrolls to the Nation of Islam.

Dr. Yosef Ben-Jochannan died in Harlem, New York on March 19, 2015 at the age of 96 at the Bay Park Nursing Home in the Bronx. He had been married three times and had a total of 13 children.

“Of all our greats, Dr. Ben physically took tens of thousands of scholars, activists, students and associations to the Nile Valley to make the pages of his book more authentic,” said his colleague, Reggie Mabry. “We saw our own experiences of what he wrote… For that the Black world is indebted to this Black man of the Nile and his family.”