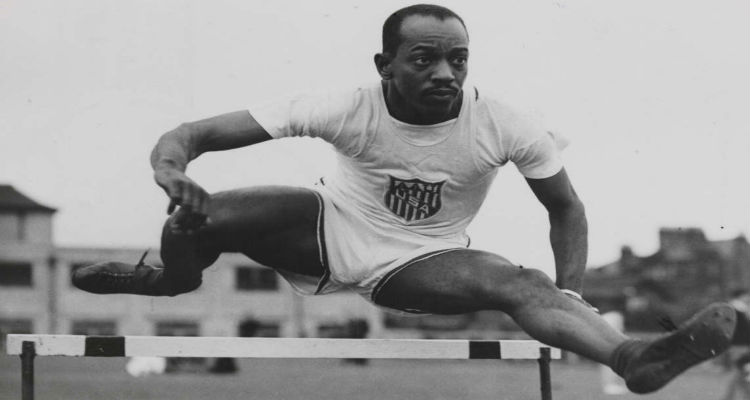 William Harrison “Bones” Dillard was an African-American Olympic track and field athlete. Dillard was the best hurdler of his time, and one of three male athletes to win Olympic titles in both sprinting and hurdling events. Overall, he has won four Olympic gold medals. 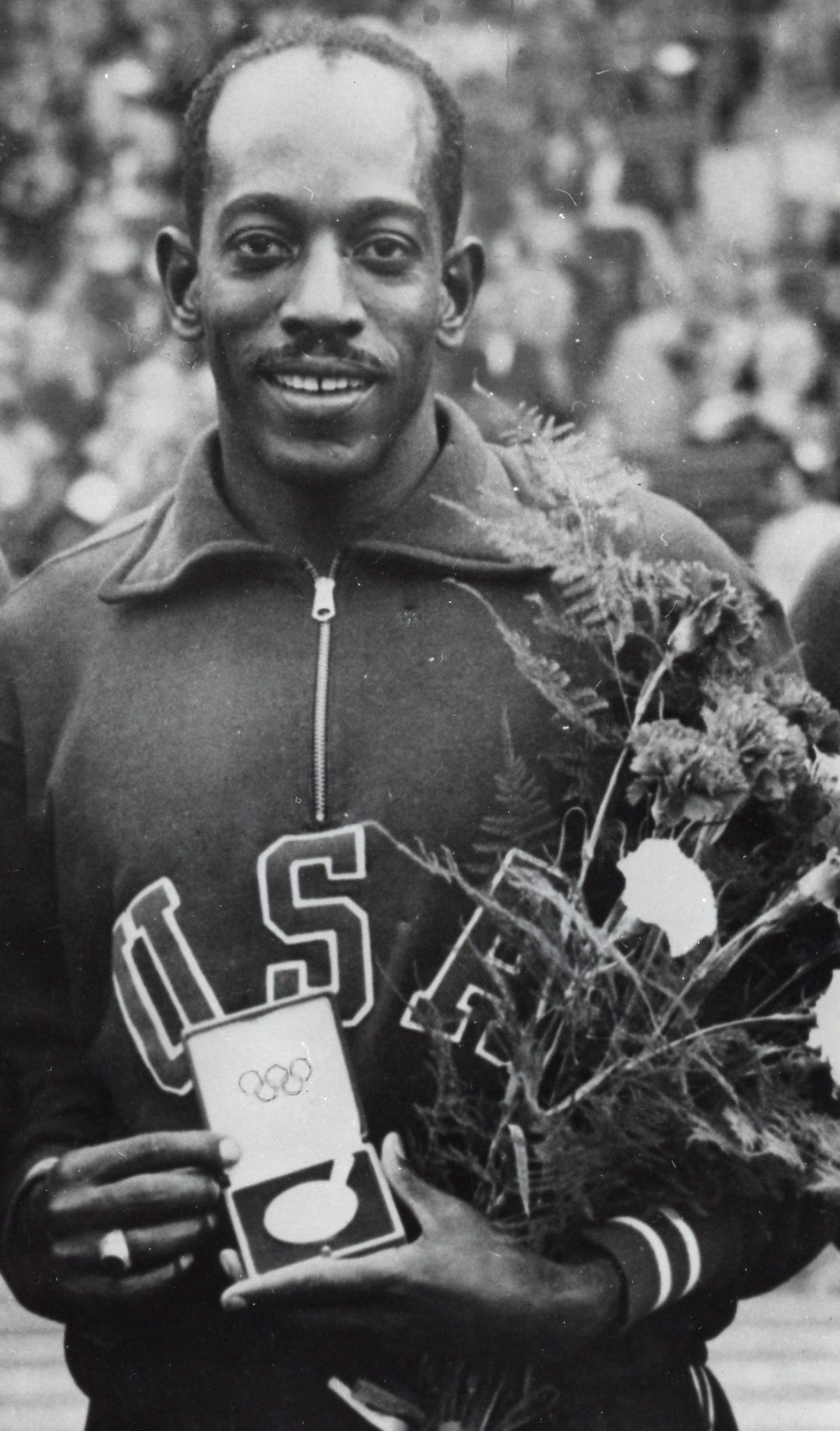 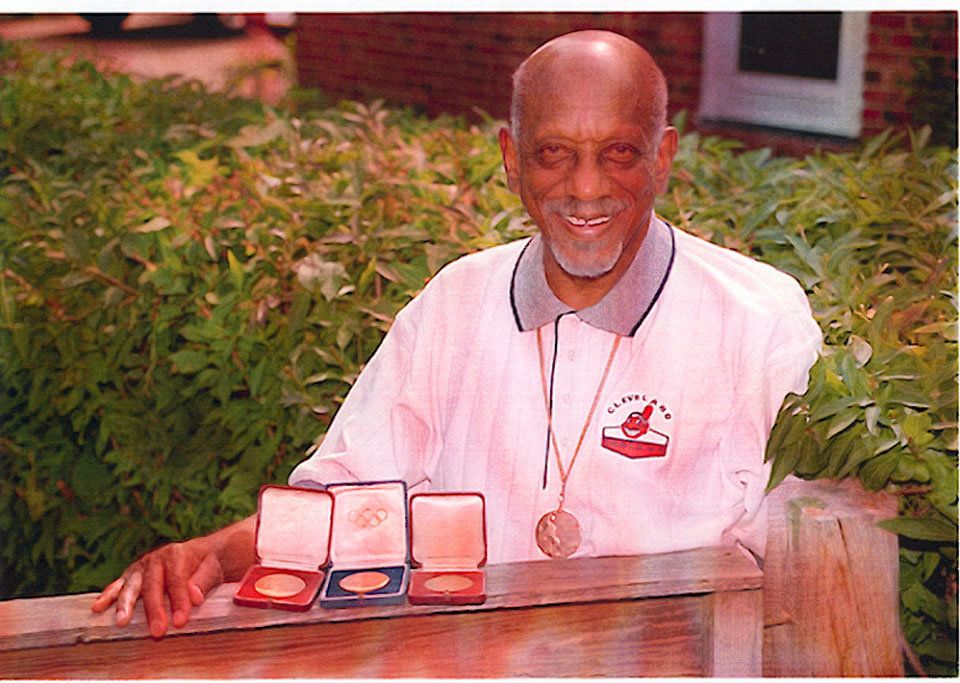 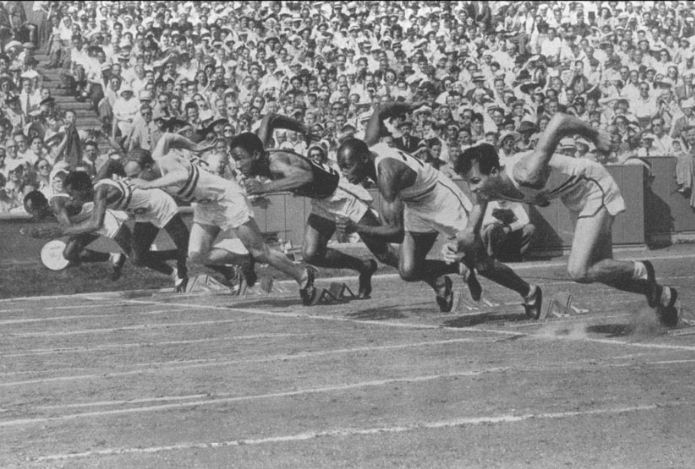 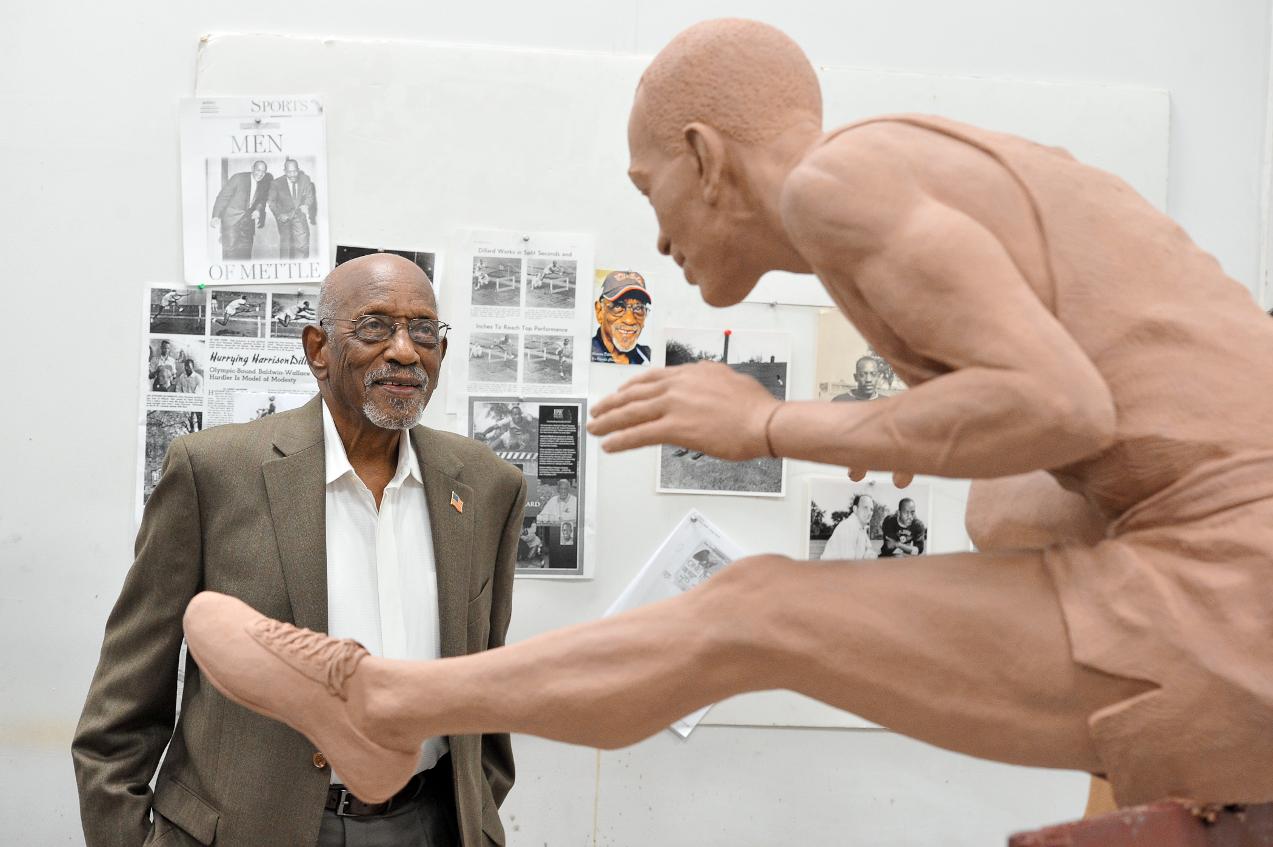 Dillard was born in Cleveland, Ohio on July 8, 1923. He began hurdling at the age of eight, running in an alley and using the springs from abandoned car seats as barriers. When Dillard was 13 years old, he attended a parade in Cleveland honoring triple-gold-medalist Jesse Owens upon his return from the 1936 Olympics. Dillard later met Owens, who presented him with his first pair of running shoes. Known as “Bones” because of his tall, lean frame, Dillard attended Baldwin-Wallace College in Berea, Ohio, where he won four national collegiate titles in the high and low hurdles. He also took 14 AAU outdoor titles in the high and low hurdles and lost the opportunity for more because of the outbreak of World War II. In 1943 he was drafted into the Army serving in the all-black 92nd Infantry Division known as the Buffalo Soldiers. He returned to college in 1946 and resumed athletics, to which he had been inspired by Jesse Owens, who was also from Cleveland and had attended East Technical High School as well.

At the Olympic Games in London in 1948, Dillard edged teammate Barney Ewell for the gold medal, equalling the world record as well. This was the first use of a photo finish at an Olympic Games. As a member of the 4 x 100m relay team, he won a second gold medal at the London Games. But Dillard still wanted to win an Olympic hurdles championship.

Four years later, the 29-year-old Dillard got his chance in Helsinki, narrowly beating American Jack Davis. The usually calm Dillard leaped for joy and exclaimed, “Good things come to those who wait.” Dillard won another gold medal in the relay to bring his career total to four.

Dillard was virtually unbeatable indoors, winning the AAU 60-yard hurdles seven years in a row from 1947 through 1953 and again in 1955. A world record holder in both the high and low hurdles, Dillard won the 1953 Sullivan Award as the nation’s top amateur athlete.

Dillard was for many years the only male until then to win Olympic titles in both sprinting and hurdling events. He is now retired after a career in public relations. He worked as a radio talk show on Cleveland’s WERE and was the business manager for the Cleveland City School District for many years.