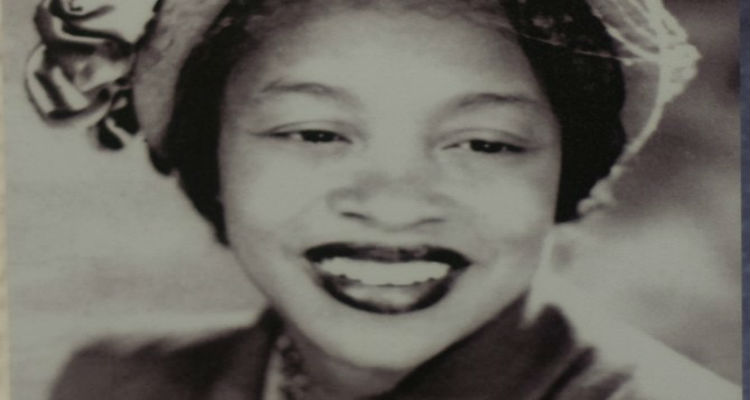 Margaret Walker  was an African American poet and writer. She began her literary career in the 1930s and emerged as a “literary mother” to writers like Alice Walker and Sonia Sanchez. Her notable works include the award-winning poem For My People (1942) and the novel Jubilee (1966). Walker is known primarily for her long-standing devotion to the heritage of Black culture.

Walker was born in Birmingham, Alabama, on July 7, 1915, and at a young age moved to New Orleans. She developed an interest in literature, which was nourished by her minister father, who introduced her to the classics. her mother read verse aloud, and by the age of eleven Walker was reading the Harlem Renaissance poets–particularly Langston Hughes, whom she later met and who encouraged her to write. Her maternal grandmother told stories about Walker’s great-grandmother, a former enslaved woman in Georgia, which later inspired Walker’s fictional history, Jubilee (1966).

In the 1930s, Walker attended Northwestern University in Chicago and completed her B.A., when she was only nineteen. While living in Chicago, she was affiliated with several important writing groups. During the depression, she worked for the Federal Writers’ Project and contributed a dialect piece, Yalluh Hammuh, whose folk hero would later appear in For My People (1942). As a member of the South Side Writers Group, Walker  began a friendship with Richard Wright, which ended abruptly in 1939. Walker later wrote an account of the novelist’s life and works, entitled Richard Wright, Daemonic Genius: A Portrait of the Man, A Critical Look at His Work (1988). In 1942, she received her master’s degree in creative writing from the University of Iowa. In 1965, she returned to that school to earn her Ph.D.

With the 1943 publication of her first poetry collection, For My People, Walker garnered the Yale University Younger Poet’s Award and became the first African American woman to receive a national writing prize. Walker’s For My People was considered the “most important collection of poetry written by a participant in the Black Chicago Renaissance before Gwendolyn Brooks’s A Street in Bronzeville.” For My People also establishes Walker as a key player in the tradition of American female activist poets who used their work to champion marginal groups.

In the early 1940s, she began teaching at Livingstone College, then at West Virginia State College. She married Firnist James Alexander in 1943 and the first of her four children was born the following year.

Walker became a literature professor at what is today Jackson State University, a historically black college, where she taught from 1949 to 1979. In 1968, Walker founded the Institute for the Study of History, Life, and Culture of Black People (now the Margaret Walker Center); her personal papers are now held there. In 1976, she went on to serve as the Institute’s director.

Walker’s second novel, Jubilee (1966), is the story of an enslaved family during and after the Civil War, and is based on her great-grandmother’s life. It took her thirty years to write. Jubilee sold millions of copies and probably served as part of the inspiration for Alex Haley’s historical novel Roots, which appeared in the 1970s. Jubilee is considered important in African-American literature and is one of the QBR 100 Essential Black Book.

Walker followed Jubilee with Prophets for a New Day (1970), a poetic treatment of the historic civil rights struggle of blacks in America. It also celebrates the tradition of African American folktales and expression.

October Journey (1973), more personal in tone, still resonates with Walker’s commitment to uplift the Black race’s struggle for freedom through art. In the collection’s poems, she pays homage to many of her contemporaries, like Gwendolyn Brooks and Robert Hayden, who also employed their art as a tool of liberation.

Walker’s influence on the younger Black Aesthetic poets of the 1960s and 1970s can be seen in her printed talks with Nikki Giovanni. Appearing in 1974, A Poetic Equation: Conversations Between Nikki Giovanni and Margaret Walker exemplifies the common concern for justice that linked the two artists and bridged their generations.

For Farish Street Green, her fourth poetry volume, appeared in 1986. Pieces in this collection reflect life in the Farish Street community in Jackson, Mississippi. Walker begins her portrait of the people in the neighborhood by making their lives testaments to those of their African ancestors.

This Is My Century: New and Collected Poems (1989) chronicles Walker’s auspicious literary career while proving that she has unrivaled tenacity and endurance as a poet. In 1990, she published How I Wrote Jubilee and Other Essays on Life and Literature, coauthored with scholar Maryemma Graham. In 1997, with Graham as editor, Walker released another collection of previously written essays entitled On Being Female, Black, and Free: Essays by Margaret Walker, 1932-1992. Several other projects remained incomplete at the time of her death, including “God Touched My Life,” a biography of Sister Thea Bowman, a black nun in Mississippi; “Black-Eyed Susans,” an account of the murders of two students at Jackson State College; a book on Jesse Jackson’s relationship to black politics; and an autobiography.

Walker died of breast cancer in Chicago, Illinois, in 1998. Shortly after Walker’s death in 1998, poet and playwright Amiri Baraka wrote, “She was one of the greatest writers of the language. She was the grandest expression of the American poetic voice and the ultimate paradigm of the Afro-American classic literary tradition.”

Among Walker’s numerous accolades are six honorary degrees, a Rosenwald Fellowship (1944), a Ford Fellowship (1953), a Fulbright Fellowship to Norway (1971), a senior fellowship from the National Endowment for the Humanities (1972), the Living Legacy Award, given by the Carter administration, the Lifetime Achievement Award of the College Language Association (1992), and the Lifetime Achievement Award for Excellence in the Arts, presented by William Winter, then governor of Mississippi (1992)

Walker was inducted into The Chicago Literary Hall of Fame in 2014.

My name is George Schoretsanitis, MD, PhD, and I am a consultant surgeon in the University Hospital in Crete. I have translated many poems from African-American poets in the Greek language. As far as your page is concerned it is a really excellent page with very interesting topics. I enjoy it very much. Go on!