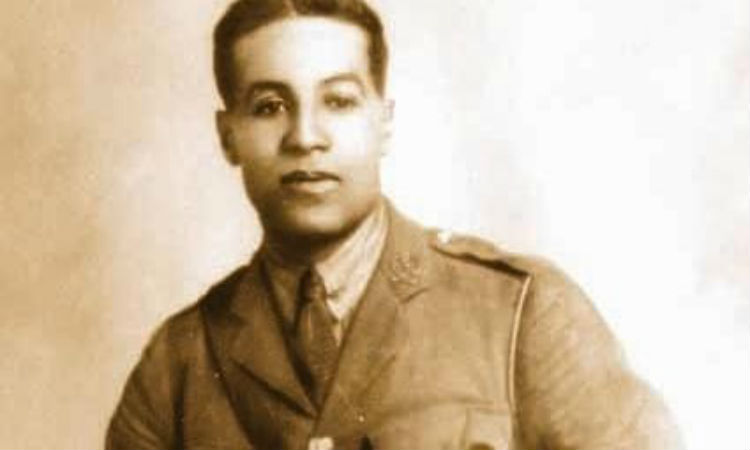 Walter Tull was the British Army’s first ever Black officer. Tull, who was a professional footballer at the outbreak of the first world war, gained his commission as a second lieutenant in 1917, having served as a non-commissioned officer in the Somme and in other battles in France and Italy.

Walter Tull was born on 28 April 1888, the son of a carpenter from Barbados. His father, Daniel Tull had arrived in Britain in 1876, and moved to Folkestone where he married a local woman. When he was just seven, his mother, Alice, died of breast cancer. Two years later, his father passed away of heart disease. Walter and his brother Edward were eventually taken in by an orphanage in Bethnal Green, but kept in contact with the rest of their family back in Folkestone. However, his brother was adopted two years later by a Scottish family.

Now alone in the orphanage, Walter excelled at sport and went on to play for amateur team Clapton FC. Within a few months he had won winners’ medals in the FA Amateur Cup, London County Amateur Cup and London Senior Cup. In March 1909 the Football Star called him “the catch of the season”. 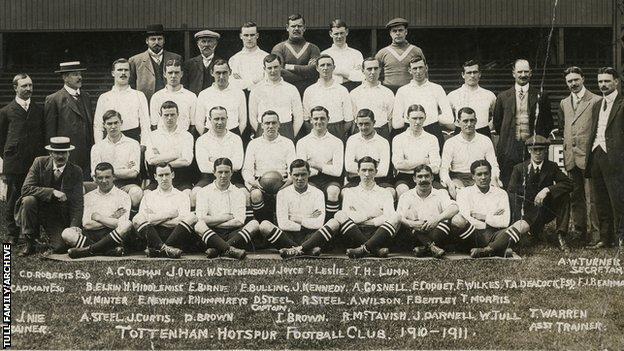 Walter Tull with the Tottenham Hotspur.

Spotted by Tottenham Hotspur, he was soon playing at White Hart Lane in front of crowds in the tens of thousands, on a £4 weekly wage.

One of the first black players in the English game, he was subjected to terrible racial abuse.

Walter Tull was one of the very first Black footballers to play in the First Division. According to the newspapers of the day, he was “the coloured centre-forward” (Daily Chronicle); “our dusky friend with his clever footwork” ( The Football Star); “the Clapton player whose complexion shows that he hails from sunnier climes than our own” (The Weekly Herald).

Tull experienced for the first time spectator racism when Spurs traveled to play Bristol City in 1909. The Bristol City fans mercilessly racially abused Tull. A newspaper reported, “a section of the crowd made a cowardly attack on him in language lower than Billingsgate”. The reporter wrote: “Let me tell those Bristol hooligans that Tull is so clean in mind and method as to be a model for all white men who play football. In point of ability, if not actual achievement, Tull was the best forward on the field.”

His career at Spurs drifted following the racial abuse he suffered. Confined to the reserves, his fortunes were revived when Herbert Chapman signed him for Northampton Town in 1911 for a “substantial fee”. He went on to play 110 games for the club before the outbreak of World War 1.

Tull enlisted with Middlesex Regiment, part of a ‘Footballers’ Battalion’ that drew professional players from a range of clubs.

Tull was the first Northampton player to sign up to join the 17th (1st Football) Battalion of the Middlesex Regiment, and in November 1915 his battalion arrived in France.

What little we know about Tull’s life, footballing career and military service was painstakingly pieced together by the historian Phil Vasili. According to Vasili’s book, Tull fought extensively in the war; at the Battle of the Somme, at Messines and Passchendaele. His bravery, leadership skills and calmness under pressure saw him swiftly rise through the ranks: lance corporal, lance sergeant, sergeant.

At one stage Tull was sent home suffering from trench fever. When he recovered from his illness, instead of being sent back to France, he went to the officer training school at Gailes in Scotland. Despite military regulations forbidding “any negro or person of colour” being an officer, Tull received his commission in May, 1917; the first ever Black infantry officer to serve in the British Army.

Having been made an officer, he returned to the conflict, and served on the Italian Front from November 1917 to early March 1918. Tull led his men at the Battle of Piave and was mentioned in dispatches for his “gallantry and coolness” under fire. He stayed in Italy until 1918 when he was transferred to France to take part in the attempt to break through the German lines on the Western Front. On 25th March, 1918, 2nd Lieutenant Tull was ordered to lead his men on an attack on the German trenches at Favreuil. Soon after entering No Mans Land, Tull was hit by a German bullet and fatally wounded. Tull was such a popular officer that several of his men made valiant efforts under heavy fire from German machine-guns to bring him back to the British trenches. He was awarded the British War and Victory Medal and recommended for a Military Cross.

Tull’s life is now commemorated at the Arras Memorial. His name is engraved along with 34,785 other soldiers with no known grave, who died between the spring of 1916 and 7 August 1918. 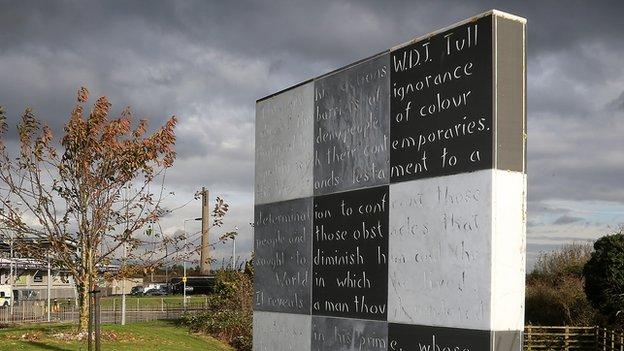 The Royal Mint issued a commemorative £5 coin in 2014.

2018 marks the centenary of Tull’s death.

“Walter Tull is a true British hero and he embodies everything that makes me so proud to be British.” David Lammy, Labour MP.

A campaign led by the Labour MP David Lammy, for Tull to be awarded the Military Cross is ongoing. Today, 127 MPs, from six different parties, have signed a letter to the Prime Minister requesting that Tull finally be awarded his Military Cross. In their letter, the MPs say Tull’s story “still serves as an inspiration to Britain’s Black, Asian and ethnic communities” and “encapsulates what it means to be a Briton”.

Ota Benga: A Tragic Story of an African man in an American Zoo