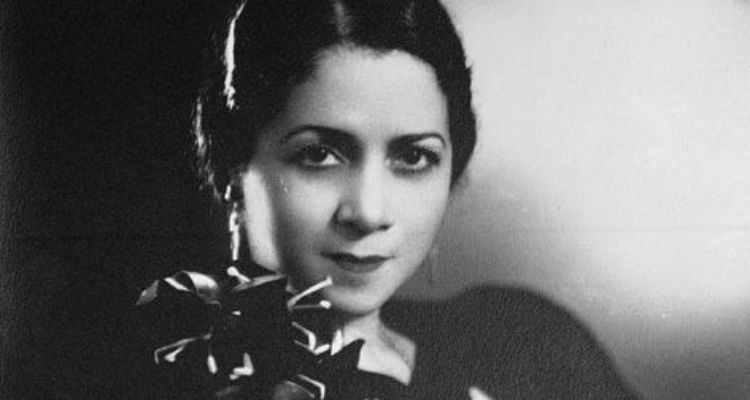 Annie Lillian Evans, who would later become the famed classical singer Lillian Evanti, was the first African American to sing grand opera professionally anywhere in the world. She was known for her dynamic performances and her commanding presence on stage.

Evanti was born in Washington D.C. in 1891 into a prominent, historically significant family. The Evans family claimed a Revolutionary War soldier, two abolitionists who took part in the Harper’s Ferry Raid, and the first African-American United States Senator among their ancestors. Evanti’s own parents were well educated and accomplished; both dedicated their lives to education, her mother as a music teacher, her father as founder and principal of Washington, D.C.’s Armstrong High School.

Evanti received her education from Armstrong High School and graduated from Howard University in 1917 with her bachelor’s degree in music. A gifted student and performer, she was able to speak and sing in five different languages. The following year she and Roy W. Tibbs, her Howard University music professor, married and had a son, Thurlow Tibbs. Novelist, Jessie Fauset, suggested she combined Evans and Tibbs to form the more elegant “Evanti,” the name she would use professionally thereafter.

Evanti, a lyric soprano, began singing professionally in 1918. Her career progressed slowly until she moved to France in 1925 where she became the first African American to sing with a European opera company. From France, she traveled around Europe and on occasion returned to the United States to perform. She was well-received by audiences in the United States; she gave radio performances and sang in a variety of operas. However, she periodically faced racism in the opera community. In one instance, the director of the Metropolitan Opera invited Evanti to audition, but he was unable to convince racist board members to hire an African-American singer. Despite the setback, Evanti remained popular, performing in Latin America as well as Europe. Presidents Dwight D. Eisenhower and Harry S. Truman invited her to sing at the White House during and after World War II.

Evanti was a founder of the National Negro Opera Company, in Washington. A series of company performances of La Traviata, where Evanti sang the part of Violetta, was hugely successful and attracted over 12,000 people. Over her career, Evanti performed in twenty-four operas. She also began her own publishing company, the Columbia Music Bureau.

Near the end of her life, Evanti returned to Washington, D.C. where she coached and gave soprano voice lessons. Lillian Evanti died on December 6, 1967, in Washington D.C.