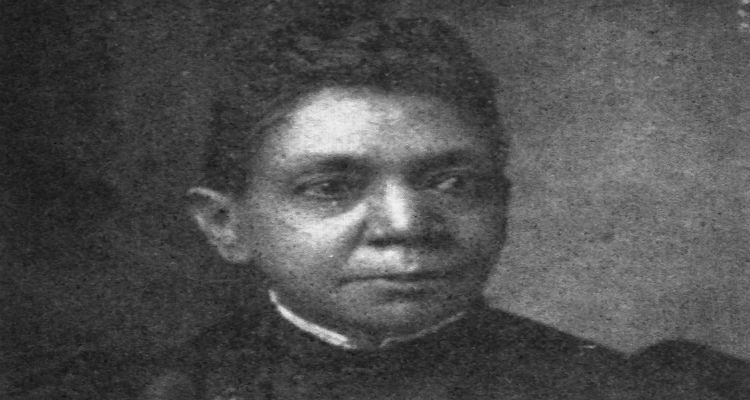 Fanny Jackson Coppin was an African-American educator and missionary and a lifelong advocate for female higher education. 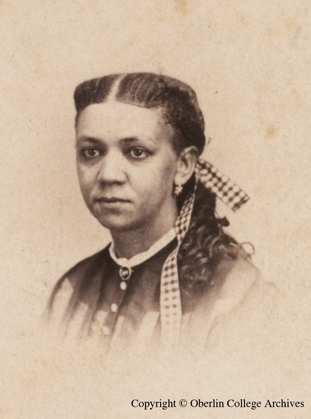 Fanny Jackson was born enslaved in Washington D.C. on October 15, 1837. She gained her freedom when her aunt was able to purchase her at the age of twelve. Another aunt took her in, but Jackson had to go out and work as a domestic, getting schooling whenever she could. By age fourteen, she was supporting herself in Newport, Rhode Island, and struggling for education. “It was in me,” she wrote years later, “to get an education and to teach my people. This idea was deep in my soul.” In 1860 she enrolled at Oberlin College in Ohio, the first college in the United States to accepted both Black and female students.

While attending Oberlin College Jackson enrolled and excelled in the men’s course of studies. She was elected to the highly respected Young Ladies Literary Society and was the first African American student to be appointed in the College’s preparatory department. During her years as a student at Oberlin College, she taught an evening course for free African Americans in reading and writing, and graduated with a Bachelor’s degree in 1865.

In 1865, Fanny Jackson accepted a position at Philadelphia’s Institute for Colored Youth (now Cheyney University of Pennsylvania). Within a year she was promoted to principal of the Ladies Department and taught Greek, Latin, and Mathematics. In 1869, Jackson was appointed as head principal of the entire Institute after the departure of Ebenezer Bassett, becoming the first African American woman to become a school principal. In a letter to Frederick Douglass in 1876, she explained her commitment:

“I feel sometimes like a person to whom in childhood was entrusted some sacred flame…This is the desire to see my race lifted out of the mire of ignorance, weakness and degradation; no longer to sit in obscure corners and devour the scraps of knowledge which his superiors flung at him. I want to see him crowned with strength and dignity; adorned with the enduring grace of intellectual attainments.”

In her 37 years at the Institute, Jackson was responsible for vast educational improvements in Philadelphia. During her years as principal, she was promoted by the board of education to superintendent. She was the first African American superintendent of a school district in the United States, but soon went back to the being a school principal.

In addition to providing African American youth with education, Jackson founded homes for working and poor women. She also was an influential columnist who defended the rights of women and Blacks in local Philadelphia newspapers. Jackson added missionary work to her long list of accomplishments when she married Rev. Levi Jenkins Coppin, a minister in the African Methodist Episcopal (AME) Church on December 21, 1881. In 1902 the married couple went to South Africa and founded the Bethel Institute, a missionary school which emphasized self-help programs.

After a decade of missionary work, Coppin returned to Philadelphia because of declining health. Fanny Jackson Coppin died on January 21, 1913. In 1926, a Baltimore, Maryland teacher training school was named the Fanny Jackson Coppin Normal School in her memory. It is now Coppin State University.