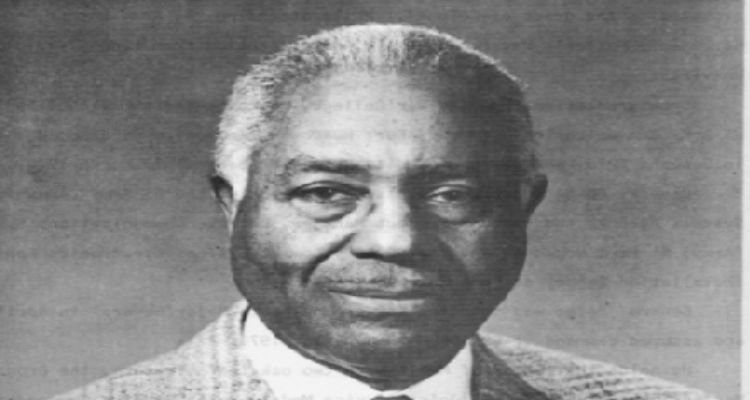 Walter S. McAfee was an African-American scientist and astronomer, notable for participating in the world’s first lunar radar echo experiments with Project Diana.

Walter McAfee, was born on September 2, 1914, in Ore City, Texas. His parents were Luther F McAfee and Suzie A Johnson. In 1912, his mother took the examination for Texas teacher’s certification. She passed every part, but her spelling paper was mysterously lost. Her father was told that if he paid $50 (2 months salary then), the paper could be found. Outraged, he refused to pay and Susie could not be a teacher. She married McAfee, a carpenter-farmer and had nine children. McAfee was the second of his parents nine children. Although his mother never taught in a school, she did teach all her nine children, and six of her children obtained math or math related degrees, while the two others got degrees in chemistry.

During World War II, McAfee was a member of the U.S. Army Signal Corp Engineering Laboratories. There he distinguished himself in electromagnetism and radar. He was a member of the Project Diana team that was responsible for the first lunar radar echo experiments in 1946. The goal of Project Diana was to determine if a high frequency radio signal, could penetrate the outer atmosphere of the earth. The solution was to send a radar signal to the moon and bounce it back to earth. For this they needed an accurate computation of the velocity of a position on the moon relative to a position on the earth. McAfee performed the calculations, and on Jan. 10, 1946, the experiment was successfully conducted. Unfortunately, McAfee’s contributions to Project Diana (even his name) were not mentioned in news reports about the experiment.

Dr. McAfee was awarded an honorary doctorate in science from Monmouth University in 1958, and the Steven’s Award from Steven’s Institute of Technology in 1985. He was induced into the Science Hall of Fame at Wiley College in 1982. Dr. McAfee received the Rosenwald Fellowship in Nuclear Physics and the Secretary of the Army Fellowship, presented by President Eisenhower at a White House ceremony. The fellowship enabled McAfee to study radio astronomy for two years at Harvard University. He is listed in American Men and Women of Science, Who’s Who in the East, and Who’s Who Black Americans.

Just prior to retirement, McAfee contracted glaucoma. In time he became blind. He died from cancer on February 18, 1995.

On 28 July 1997 the McAfee Center was dedicated at Fort Monmouth. It was the first facility of its kind named after a civilian.