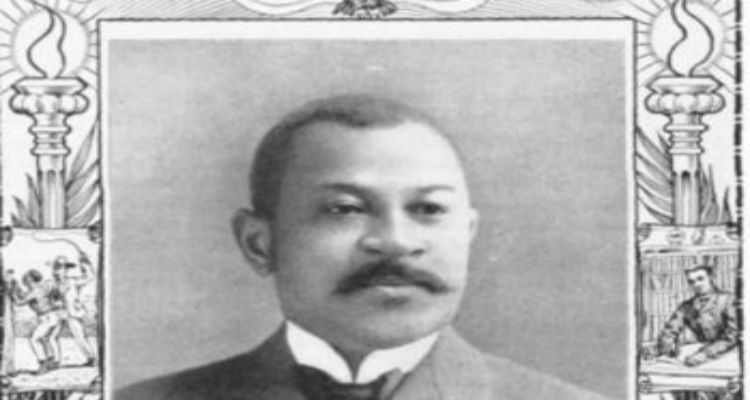 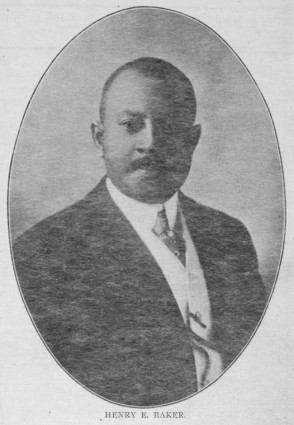 Henry Edwin Baker, Jr. was the third African American to enter the United States Naval Academy. He later served as an assistant patent examiner in the United States Patent Office, where he would chronicle the history of African-American inventors. What we know about early African American innovators comes mostly from the work of Henry Baker, who was dedicated to uncovering and publicizing the contributions of Black inventors.

Baker was born on September 1, 1857, in Columbia, Mississippi, and attended the Columbus Union Academy there. After attending the Naval Academy for two years he completed his education at the Ben-Hyde Benton School of Technology in Washington, D.C., graduating in 1879. He graduated from Howard University School of Law in 1881 at the top of his class, and completed post-graduate work there in 1883.

Baker was nominated by Congressman Henry W. Barry while he was living in Columbia, and was sworn in as a cadet midshipman on September 25, 1874. Like his predecessors, John H. Conyers and Alonzo C. McClennan – the first and second African Americans to attend the Naval Academy, respectively – Baker was subjected to racial insults and physical violence at the hands of southern whyte students and staff. He withdrew prior to graduating because of the treatment at the school.

Baker joined the United States Patent Office in 1877 as a copyist and rose through the ranks to Second Assistant Examiner by 1902. While at the US Patent Office, he noticed that there was a lack of knowledge and awareness about Black inventors among his colleagues and the general public. With the consent of the Patent Office, Baker sent out some 8,000 letters to more than 12,000 registered patent attorneys in the United States, along with company presidents, newspaper editors and prominent African Americans. He asked them to tell him about any African American who had patented or tried to patent an invention.

Nearly 2,500 patent attorneys responded, stating that “they had never heard of a colored inventor, and never expected to hear of one.” However, Baker’s investigation uncovered over 1,200 African American inventors. Of these, 800 gave permission for Baker to reveal their identities, because there had never been identifying passages on the patent application to indicate race. But the remaining inventors refused official identification, stating that such exposure would surely make sales of their inventions drop drastically–or cease altogether! The 800 verified inventions did not represent even half of the patents Baker knew for certain were filed by African Americans, and he was keenly disappointed. But he, too, realized that exposure meant jeopardizing sales.

Baker wrote an article on African American inventors that appeared in Twentieth Century Negro Literature, in 1900. He also compiled four large volumes of actual patent drawings for those inventions. Only one set was printed, and it is now housed as a part of the Howard University Negro Collections.

Many of the identified Black inventors also demonstrated their inventions at the Pennsylvania Emancipation Exposition of 1913, which celebrated the 50th anniversary of the Emancipation Proclamation. Baker also wrote a pamphlet called The Colored Inventor, which he timed for the anniversary celebration.

On the very last page, Baker promised to write a more detailed book on the subject of African Americans and their ingenious inventions, but he never did. Curiously, the very thing he fought so hard not to allow to happen to Black Inventors happened to him: he slipped into anonymity. After the pamphlet was published, Henry seems to have disappeared into thin air. Nothing else was written about him, his proposed project, his life or his death.

I was just researching Black inventors and I came across Mr. Baker’s name and I found and viewed the list that he put together. It is nothing short of amazing.
This is a priceless piece of Black history that most of us know absolutely nothing about.
Had Mr. Baker not put in the endless works that he did to compile this list we would not have this information and many Black inventors would not had received any credit at all.
How ironic that he “disappeared” after his works were completed. He certainly served his purpose.
I thank God for Mr. Baker, his story definitely needs to be told and his name is worthy of being a household name, (especially in our households!).
I will certainly share this information with everyone that I know.
Thank you!