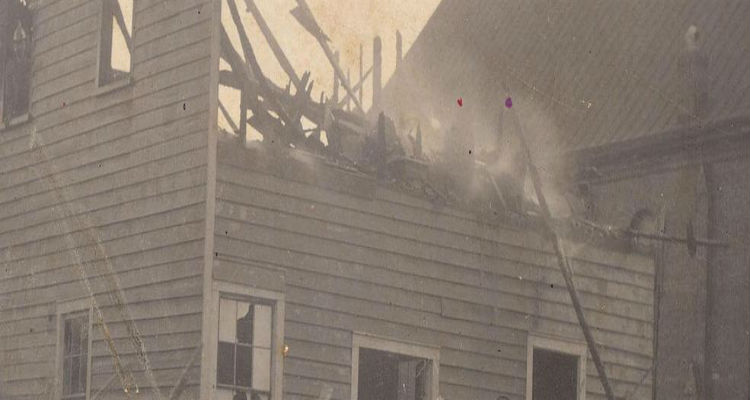 The Wilmington Massacre of 1898 was a politically motivated attack by European-Americans against the city’s leading African American citizens. The massacre occurred because Southern Whyte Democrats wanted to regain political domination of the South after Reconstruction. The violence which began on Thursday, November 10th is seen as a watershed moment for ushering in racial segregation throughout the south. Dozens of Black residents were killed during the attack and more than 2,100 African-Americans left the city permanently, turning it into a whyte majority. It was the only illegal overthrow of a legal government in American history.

In 1898, Wilmington, North Carolina, located in eastern Carolina, where the Cape Fear River enters into the Atlantic Ocean, was a prosperous port town. About two-thirds of Wilmington’s population was African American, with a small but significant middle class. African Americans were business people who owned barbershops, restaurants, tailor shops, and drug stores. They also held positions as firemen and policemen. Overall, the African American and whyte races existed peacefully but separately. Good relations continued until the election of 1896, when the whyte Democrats lost control of state politics. A group of predominately whyte Populists and African American Republicans won political control of the state. For many Democrats, Black political power, no matter how limited, was intolerable. The whyte Democrats promised to avenge their defeat at the hands of whyte Populists and African American Republicans in the election of 1898. Daniel Schenck, a Democratic party leader, warned, “It will be the meanest, vilest, dirtiest campaign since 1876. The slogan of the Democratic Party from the mountains to the sea will be but one word … Nigger.”

The Democratic campaign focused on whyte women’s fears of African American males and the threat of African American men being lynched. Prior to the election, a whyte newspaper in Wilmington published a controversial speech given by a Georgia feminist. In her speech, she supported the lynching of African American males for inappropriate relationships with whyte women. Alex Manly, an African American newspaper editor in Wilmington, was infuriated by the newspaper article. Manly wrote editorials in his newspaper, the Daily Record, arguing that whyte males were just as guilty of having inappropriate relationships with African American women. Manly opined that “our experiences among poor [whyte] people in the country teaches us that women of that race are not any more particular in the matter of clandestine meetings with colored men than the white men with the colored women.” Manly’s public discussion of the taboo subject of interracial sex exposed the reality of sexual exploitation of black women by whyte men and challenged the myth of pure-whyte womanhood.

Whyte supremacists vowed to win the election by any means possible. Although Black voters turned out in large numbers, Democrats stuffed the ballot boxes and won the election. Two days after the election, violence erupted into the “Wilmington Race Riot.” Alfred Moore Waddell, a former Confederate officer and a whyte supremacist used Manly’s editorials as the catalyst for starting a riot. Waddell led about 500 cowardly whyte men to the Daily Record office. The mob following Waddell eventually grew to about 2,000 people as they moved across town.

The mob broke out windows and set the newspaper office on fire, and demanded that Manly and his newspaper cease to publish and that he be banned from the community. Manly escaped from Wilmington because he was mistakenly thought to be European-American. African Americans armed themselves and whytes began to hunt and gun them down. The mob of whytes included clergymen, lawyers, bankers, and merchants who all believed that they were asserting their rights as citizens. When the riot ended the next day, it was reported that twenty-five African Americans had been killed. However, it was strongly suspected that many more African Americans had been killed and their bodies dumped into the river. In addition, hundreds of African Americans were banished from the city of Wilmington.

An eyewitness later wrote that African Americans fled to the swamps, or hid in the African American cemetery at the edge of town. When their criminal behavior resulted in neither Federal sanctions nor condemnation from the state, Waddell and his men formalized their control of Wilmington. The posse forced the Republican members of the city council and the mayor to resign and Waddell assumed the mayoral seat. Over the next two years North Carolina passed the “grandfather clause,” as one in a series of laws designed to limit the voting rights of American Americans.

The shooting of Anthony Griffin: Outrage in Montreal’s Black Community