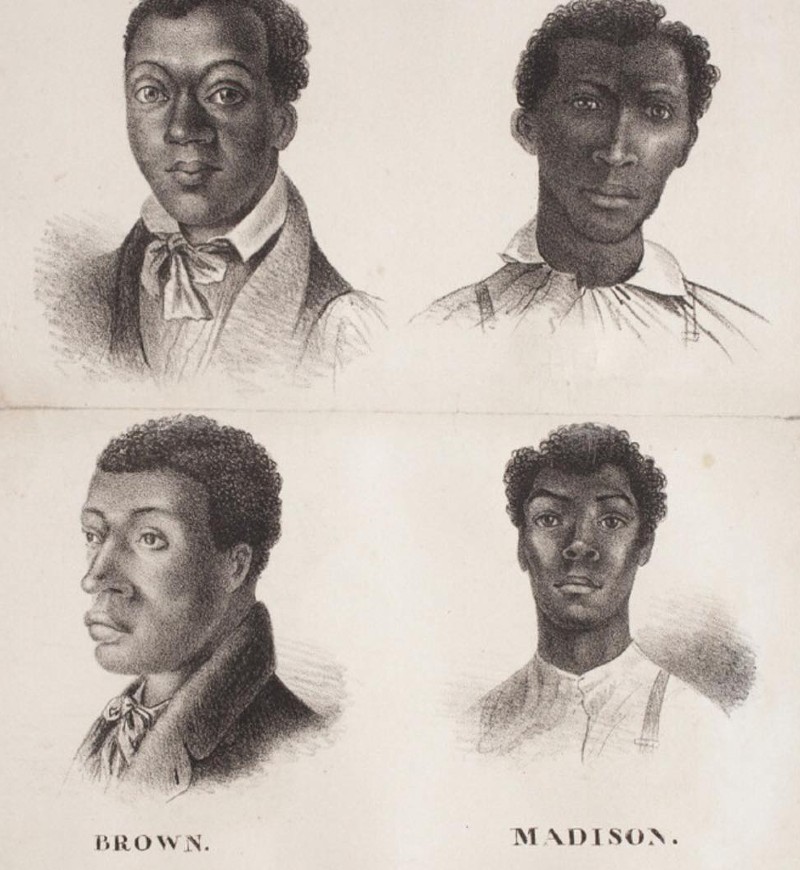 On July 9, 1841, four Black men were executed. “Having a taste for blood and the destruction of black bodies,” the execution riveted the Euro-American population of St. Louis. Over 20,000 people about 75 percent of St. Louis population at the time, travelled to Duncan’s Island to witness the hanging of the four rivermen who had been convicted of killing two bank clerks, bank robbery and arson. Tickets for a steamboat excursion to watch the executions sold for $1.50.

Five years before execution, in April 1836, a St. Louis mob lynched Francis McIntosh, a mixed-race steamboat cook from Pittsburgh who had allegedly stabbed a policeman to death and seriously wounded another. The mob lashed McIntosh to a tree and burned him alive on the outskirts of the city. The brutal lynching and the inaction of authorities to bring the lynchers to justice gave St. Louis a national reputation for lawlessness.

Therefore, to redeem their city’s notorious reputation, the St Louis authorities wanted a “fair hearing” for the four accused men, which included an enslaved man, Madison Henderson, and three free Blacks, Amos Warrick, James Seward, and Charles Brown. Although they were appointed three prominent Euro-American attorneys to serve as their defense, none of the men testified in their own defense, although one had made a written confession about the crime. Despite their attorney’s objections, all four were found guilty for the robbery and murders that had taken place three months earlier.

At one o’clock in the afternoon, the four men mounted the scaffolding. Minutes later, they were “launched into eternity together.” For several days after the hanging, the men’s heads were displayed in the front window of Corse’s Drug Store at 69 North First Street. The severed heads were used to instill fear and obedience in the bondpeople and free black population of St. Louis – particularly its river workers.

To read more about their case: https://docsouth.unc.edu/neh/henderson/henderson.html

Source:
A Firebell In the Night by Lee A Drake
African Americans in Downtown St. Louis by John A. Wright Sr.