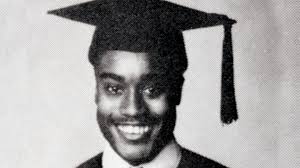 According to the police, the incident began with a radio call from a taxi driver complaining that a passenger, Mr. Griffin, was refusing to pay. A police computer check at the scene showed that he was wanted in connection with breaking and entering; he was driven to the police station, where he tried to flee. According to the first police account, Gosset called on him to halt, then fired; later, the police acknowledged that the youth had stopped and turned around before being killed. 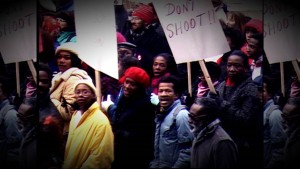 Gosset was suspended without pay. But it was 10 days before he was charged, and by that time 2,000 protesters, including many whytes, had marched on the Palais de Justice. Public concern was heightened after the disclosure that Gosset, a 16-year police veteran, had been accused of a previous racial assault, involving a Ghanaian professor who said he was beaten by the officer in 1981. Then, the police paid an out-of-court settlement of $1,500.

Gossett, was later dismissed for negligence in July 1988 and then acquitted on appeal in 1993. Racism was dismissed as a factor in Griffin’s death.

Emotions in the Griffin affair were heightened by the fact that he was the only surviving child of a Jamaican immigrant, Gloria Augustus. But among Blacks, the incident was seen as the culmination of a pattern of disregard among the authorities going back many years. Many of the problems involve the police; others involve charges of discrimination in housing, in public and private employment and in schools.

The shooting created an uproar among the city’s black community, which had long complained of the open hostility between themselves and the police, especially among young black males. What made matters worse were the subsequent reports of widespread racism within the police, including shooting-practice targets depicting caricatures of blacks superimposed with bulls-eyes.

The Anthony Griffin shooting raised serious questions about how bad the relations really were between Montreal’s black community and its police force. It sparked several inquiries and commissions, and a top-down change was initiated to ease tensions between the two groups.

Dan Philip, president of the Black Coalition of Quebec, says that while relations have certainly improved since the shooting, that’s in large part because they couldn’t have gotten much worse. “The situation changed because the amount of serious crimes against the community, as in the case of Anthony Griffin, has not increased,” he says. “But in relations to the average cop on the street, there are still a lot of complaints.”

“There’s a whole lot of misunderstanding, because the police have unlimited authority,” says Egbert Gaye, the editor of the West-End black paper Community Contact. “They still stop black people arbitrarily because they’re driving a certain type of car. These are the kinds of stories we shouldn’t be hearing.”

It’s the feeling of being constantly targeted that has the black community, Gaye says, still at odds with the police. “There’s no trust there,” he says. “The police can’t garner any kind of support if they continue with practices like profiling and heavy-handed behaviour. There is a separation between the police and our community that is the result of a history of mistrust. And if there’s no trust, if young kids can’t trust an institution as valuable and important as the police, something’s wrong.”

According to Gaye, if Anthony Griffin’s death did anything, it brought to light something that was well known at the time, but remained unspoken. “Fifteen years ago, it seemed like open warfare between blacks and the police,” he says. “And only one side was armed. The community always felt under siege at the time.”

“There was a feeling of anger, at a certain time of hopelessness,” Philip adds. “People were outraged [at the $27,000 compensation given to Griffin’s mother, Gloria Augustus], they felt the lives of black people were not respected.”