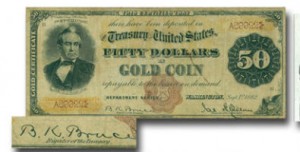 Blanche Kelso Bruce (1841-1898) was the first African American elected to a full term in the US Senate (Hiram R. Revels, also of Mississippi, was the first African American to serve in the U.S. Senate, but did not serve a full term). Mississipi’s second Black senator, Bruce took his seat in 1875. He is the only Black Senator to serve a full term, until the mid-twenieth century. He was born enslaved in Farmville, Prince Edward County, Virginia, and later obtained an education at Oberlin College in Ohio. He was a wealthy Mississippi farmer and a successful banker. In 1878, Bruce presided over the Senate, the first Black to do so. In 1881, Bruce was appointed by President Garfield to be the Register of the Treasury, becoming the first African American to have his signature featured on U.S. paper currency. 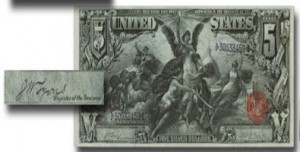 Judson Whitlocke Lyons was a graduate of Howard University law, who became the first African American attorney in Georgia. In 1880, he was the youngest member of the Republican National Convention at the age of 20, and was later appointed Register of the Treasury by President William McKinley in 1898. He was the second African-American to hold this post. J.W. Lyons served from 1898 to 1906. Lyons’ signature appears on many notes during that period including the first $10 “Bison” notes and each of the first Series 1899 Silver Certificates. 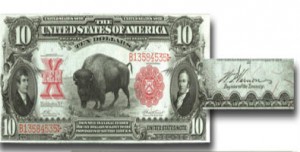 William Tecumseh Vernon (July 11, 1871 – July 25, 1944) was an educator, minister and bishop in the African Methodist Episcopal Church, president of Western University beginning in 1896. He wrote two books on race and politics: The Upbuilding of a Race: or The Rise of a Great People, a compilation of sermons, addresses and writings on education, the race question and public affairs (1904), and What the American Negro expects of World-wide Democracy: A statement of the Negro’s Case and Cause (1919). Vernon achieved prominence as a Republican as president of Western University, and in 1906, he was appointed by President Theodore Roosevelt as Register of the Treasury. All US currency printed during his tenure carries the signature of William T. Vernon. His signature appears on many Legal Tender Notes, Silver Certificates, Gold Certificates, and Nationals. 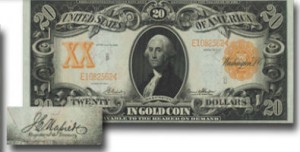 James Carroll Napier, a Nashville businessman and civil rights leader was the final African American Register to appear on US currrency. Napier worked as a lawyer and became a prominent Republican politician known in both Washington and Nashville. He held patronage appointments under Presidents Grant, Hayes, Garfield, and Arthur. Napier also served on the state Republican Executive Committee for thirty-five years. In 1911, through connections with Booker T. Washington, James Napier was appointed the Register of the Treasury under President William Howard Taft, the highest governmental position then available to African Americans. Napier’s signature appears on many notes including series 1907 $1000 Gold Certificates. He resigned his position in protest to segregation practices among federal employees instituted by President Woodrow Wilson. Later he succeeded Booker T. Washington as president of the National Negro Business League. 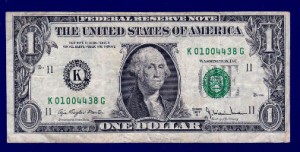 Azie Taylor Morton served as the 36th Treasure from 1977 to 1981. Appointed by President Jimmy Carter, she is the only African American to hold the office and the only female African American signor of US currency. Her signature appears on Series 1977 and 1977A Federal Reserve Notes.

The Union of Two by Haki R. Madhubuti

Thank you so much for this invaluable information!!!