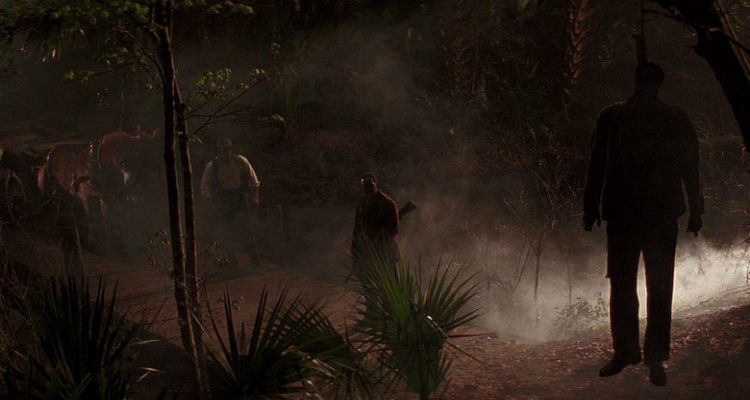 On January 1, 1923 a massacre was carried out in Rosewood, a town with about 150 residents. Rosewood was an all-black community, except for one family. The massacre was instigated as a result of rape accusations made by a whyte woman against a black man, which led to violent riots and the murder of several innocent African-Americans.

Rosewood was established around 1870 in Levy County, Florida on a road leading to Cedar Key and the Gulf of Mexico. It is believed to have taken its name from the abundant red cedar trees that grew in the area. Rosewood prospered as the Florida Railroad established a small depot to handle the transport of cedar wood to the pencil factory in Cedar Key and the transportation of timber, turpentine rosin, citrus, vegetables, and cotton. In 1890, the cedar depleted and many of the whyte families moved to Sumner, three miles west of Rosewood, and worked at the newfound saw mill established by Cummer & Sons. By 1900, Rosewood had a majority of black citizens.

On the morning of January 1, 1923, Fannie Coleman Taylor, a whyte woman and homemaker of Sumner Florida, claimed a black man assaulted her.

Frances “Fannie” Taylor was 22 years old in 1923 and married to James, a 30-year-old millwright employed by Cummer & Sons in Sumner. They lived there with their two young children. James’ job required him to leave each day during the darkness of early morning. Neighbors remembered Fannie Taylor as “very peculiar”. She was meticulously clean, scrubbing her cedar floors with bleach so that they shone white. Other women attested that Taylor was aloof; no one knew her very well.

On January 1, 1923, the Taylors’ neighbor reported that she heard a scream while it was still dark, grabbed her revolver and ran next door to find Fannie bruised and beaten, with scuff marks across the white floor. Taylor was screaming that someone needed to get her baby. She said a black man was in her house; he had come through the back door and assaulted her. The neighbor found the baby, but no one else. Taylor’s initial report stated her assailant beat her about the face but did not rape her. Rumors circulated—widely believed by whites in Sumner—that she was both raped and robbed. The charge of rape of a white woman by a black was inflammatory in the South: the day before, the Klan had held a parade and rally of over 100 hooded Klansmen 50 miles (80 km) away in Gainesville under a burning cross and a banner reading, “First and Always Protect Womanhood”.

James Taylor, a foreman at Cummer & Sons saw mill and Fannie Taylor’s husband, assembled a vicious mob and ordered tracking dogs. When they learned that Jesse Hunter, a black prisoner, had escaped from a chain gang, they began a search to question him about Taylor’s attack. Aaron Carrier and Sam Carter were believed to be accomplices. Carrier was captured and incarcerated while Carter was lynched. It is documented that the posse confronted Sam Carter, at his home where Carter allegedly admitted to helping Hunter escape. It is also alleged that the posse forced Carter to take them to the place where he last saw Hunter. Carter took the posse to where he supposedly parted ways with Hunter. When no trace of Hunter could be found, the posse turned into an out of control lynch mob and tortured Carter, riddled him with bullets, hanging him from a tree. It was an effort to intimidate other African American.

On January 4, 1923 a posse of 20 to 30 whyte men approached the Carrier home and shot the family dog. When Sylvester’s mother Sarah came to the porch to confront the mob they shot and killed her. Sylvester defended his home, killing two men and wounding four in the ensuing battle before he too was killed. The remaining survivors fled to the swamps for refuge where many of the African American residents of Rosewood had already retreated, hoping to avoid the rising conflict and increasing racial tension.

The next day the whyte mob burned the Carrier home before joining with a group of 200 men from surrounding towns who had heard erroneously that a black man had killed two whyte men. Out of hate and rage, the frenzied mob continued their hunt in Rosewood for any living being – killing four, pillaging, and burning the homes belonging to the black residents of that community in an attempt to cover evidence of how many were actually killed, not reportedly killed. At the end of the carnage only two buildings remained standing, a house and the town general store.

Many of the black residents of Rosewood who fled to the swamps were evacuated on January 6 by two local train conductors, John and William Bryce. Many others were hidden by John Wright, the owner of the general store. Other black residents of Rosewood fled to Gainesville and to other northern cities, losing touch with each other. Some never shared the Rosewood story with family members. Some changed their names; Aaron and Mahulda changed their name from Carrier to Carroll. As a consequence of the massacre, Rosewood became deserted. Their land was confiscated under tax fraudulent sales.

The Chicago Defender, the most influential Black newspaper in the U.S., reported that 19 people in Rosewood’s “race war” had died, and a soldier named Ted Cole appeared to fight the lynch mobs, then disappeared; no confirmation of his existence after this report exists. A few editorials appeared in Florida newspapers summarizing the event. The Gainesville Daily Sun justified the actions of whytes involved, writing “Let it be understood now and forever that he, whether white or black, who brutally assaults an innocent and helpless woman, shall die the death of a dog.” The Tampa Tribune, in a rare comment on the excesses of whytes in the area, called it “a foul and lasting blot on the people of Levy County”.

Officially, the recorded death toll of the first week of January 1923 was six blacks and two whytes. Historians disagree about this number. Some survivors’ stories claim there may have been up to 27 black residents killed, and assert that newspapers did not report the total number of whyte deaths. Minnie Lee Langley, who was in the Carrier house siege, recalls that she stepped over many white bodies on the porch when she left the house. Several eyewitnesses claim to have seen a mass grave filled with black people; one remembers a plow brought from Cedar Key that covered 26 bodies. However, by the time authorities investigated these claims, most of the witnesses were dead, or too elderly and infirm to lead them to a site to confirm the stories.

Aaron Carrier was held in jail for several months in early 1923; he died in 1965. Sarah Carrier’s husband Haywood did not see the events in Rosewood. He was on a hunting trip, and discovered when he returned that his wife, brother James, and son Sylvester had all been killed and his house destroyed by a whyte mob. Following the shock of learning what had happened in Rosewood, Haywood rarely spoke to anyone but himself; he sometimes wandered away from his family unclothed. His grandson, Arnett Goins, thought that he had been unhinged by grief. Haywood Carrier died a year after the massacre. Jesse Hunter, the escaped convict, was never found.

In an interview for the Grio, Mortin recalled the cold night the mobs came. The moon was full and bright; so bright you could see shadows at mid-night. “My daddy told us to get up and put on all of our heavy clothes. He said the people were shooting and they had to get out of Rosewood.” According to Mortin, Fannie Taylor’s story was a lie. Fannie Taylor was having an affair and almost got caught when her lover beat her one morning while her husband was at work. Fannie said a black man did it and that was all it took.

Sylvester Carrier who emerged as the hero of the moment was a Mason.“Almost all of the men out there were Masons”, Mortin recalled. The night the mob came to the Carrier House an unknown number of heavily armed black men were waiting. Some were hidden in the woods. It was a gathering of Masons. When it was all over eight people were dead including Sylvester and his mother Sarah, Mortin’s aunt.

She and Sam Carter’s mother moved to Riviera Beach which had become home to many Rosewood survivors.

The initial report of the Rosewood incident presented less than a month after the massacre claimed there was insufficient evidence for prosecution. Thus no one was charged with any of the Rosewood murders. In 1982, the son of a survivor, Arnett Doctor, set in motion a chain of events that climaxed in 1994, when the Florida legislature awarded $2 million to the survivors and their descendants.

A dramatic feature film, Rosewood, about the massacre was directed by John Singleton in 1997. Arnett Doctor was hired as a consultant. The film version, written by screenwriter Gregory Poirier, created a character named Mann, who enters Rosewood as a type of reluctant Western-style hero. Composites of historic figures were used as characters, and the film offers the possibility of a happy ending. E.R. Shipp in The New York Times suggests that Singleton’s youth and his background in California contributed to his willingness to take on the story of Rosewood. He notes Singleton’s rejection of the image of blacks as victims and portrayal of “an idyllic past in which black families are intact, loving and prosperous, and a black superhero who changes the course of history when he escapes the noose, takes on the mob with double-barreled ferocity and saves many women and children from death”. Singleton has offered his view: “I had a very deep—I wouldn’t call it fear—but a deep contempt for the South because I felt that so much of the horror and evil that black people have faced in this country is rooted here … So in some ways this is my way of dealing with the whole thing.”

The State of Florida declared Rosewood a Florida Heritage Landmark in 2004 and subsequently erected a historical marker on State Road 24 that names the victims and describes the community’s destruction. Scattered structures remain within the community, including a church, a business, and a few homes, notably John Wright’s.

Rosewood descendants formed the Rosewood Heritage Foundation and the Real Rosewood Foundation to educate people in Florida and all over the world. The Rosewood Heritage Foundation created a traveling exhibit that tours internationally to share the history of Rosewood and the attacks; a permanent display is housed in the library of Bethune-Cookman University in Daytona Beach. The Real Rosewood Foundation presents a variety of humanitarian awards to people in Central Florida who help preserve Rosewood’s history. The organization also recognized Rosewood residents who protected blacks during the attacks by presenting an Unsung Heroes Award to the descendants of Sheriff Robert Walker, John Bryce, and William Bryce.