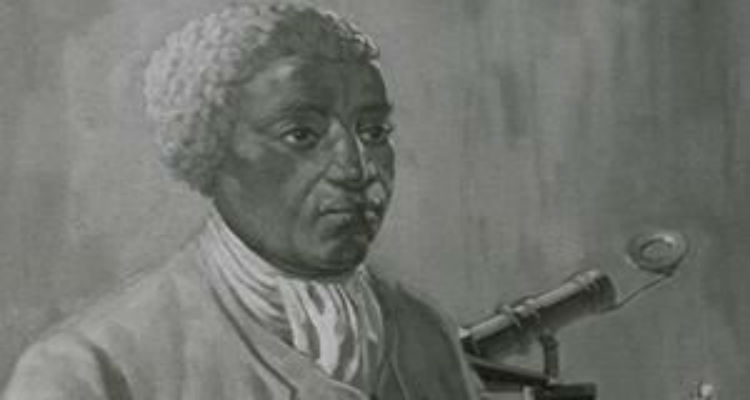 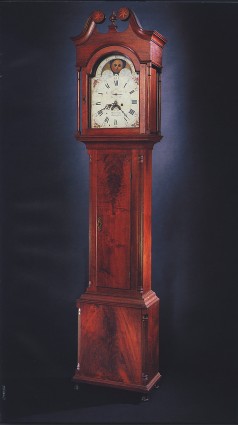 Peter Hill was the first known African American clockmaker, and the only Black clockmaker known to have worked in the late eighteenth and early nineteenth centuries. He was one of the few African American who opened a small business. Other African American entrepreneurs of this period were barbers, restaurateurs, caterers, merchants, and tailors.

Hill was born on July 19, 1767, probably on the property of Quaker clockmaker Joseph Hollinshead jr. He is assumed to be the son of parents enslaved by Hollinshead. Peter Hill was trained by Hollinshead in the craft of clockmaking, to provide assistance in his shop. Hollinshead followed the custom of local Quakers, who dedicated themselves to enhancing the lives of Blacks by teaching them certain skills. From the time he was fourteen until he was twenty-one, Hill served a form of an apprenticeship with Hollinshead. After that Hill may have been a salaried skilled shop assistant or a journeyman clockmaker. Since Hill was paid for his work he earned enough money to buy his freedom, and in 1794, Hollinshead freed Hill who was 27. His freedom was certified the following year in an official court document.

Hill married Tina Lewis on September 9, 1795, four months after he was manumitted; he purchased her freedom as well. Tina Lewis was known in New Jersey for her writing skill and her efforts to provide free schooling for African Americans in the community through the Society of Friends (Quakers).

While the date on which he opened his first shop is unclear, it is known that Hill opened a shop before he was freed, sometime before 1795. Records locating Hill’s shop in different locations lead to confusion, however, he lived and worked in Burlington Township, New Jersey, and later in Mount Hill. He opened a clockmaking business in Burlington Township for twenty-three years. He bought land at various times between 1801 and 1811, and his prosperity increased during these years. In 1814, Hill moved his clock making business to Mount Holly partly to be near the Quaker farming community which also included a paper mill and an ironworks.

In February 1820 the Hills purchased a new house and several buildings. Hill enjoyed his new home and surroundings briefly before he died in December 1820. His wife may have died around the same time. Hill was buried in the Society of Friend’s Burial-Ground near the Friend Meeting House in Burlington Township, across the street from one of Hill’s residences and shops.

Two Peter Hill clocks survived the era. The first is a clock made for his neighbor, Rowland Jones, in 1812 which is now located in Westtown School in Westtown, Pennsylvania. The second is a tall case clock which is now held in the National Museum of History and Technology of the Smithsonian Institute in Washington, D.C.

Nb. Photo image used is of Benjamin Banneker via http://bdmuseum.maryland.gov/history/ as no images of Peter Hill are available.