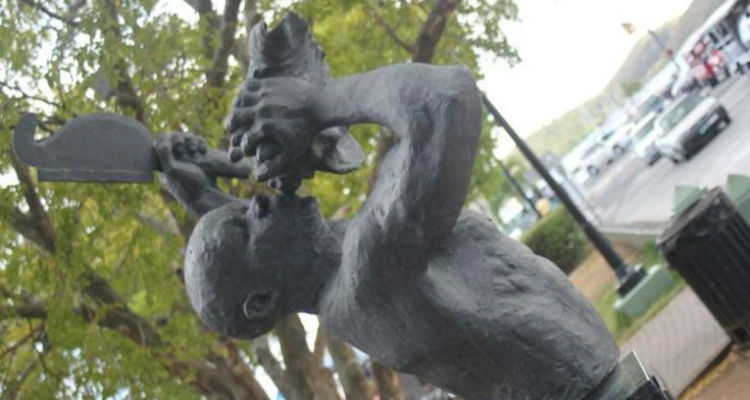 Almost sixty years before the Haitian revolution, a group of West African Atlantians (enslaved people) took control of the island of St. John and held it for six months against Danish and English forces. The 1733 St. John insurrection was one of the earliest and most successful revolts in the Americas/Caribbean.

In 1718 the Danish claimed the island of St. John to develop sugar plantations and crops such as indigo and cotton. In 1733 the population of Atlantians on St. John was more than five times larger than that of the Europeans: there were 1087 Atlantians and 208 Europeans on the island. In 1733, in response to harsh living conditions from drought, a severe hurricane, and crop failure from insect infestation, many Atlantians in the West Indies, including on St. John, left their plantations to maroon. Some Atlantians starved to death and others had to steal for their sustenance. In response, the colonial legislature passed the Slave Code of 1733 to try to enforce obedience. Penalties for disobedience were severe public punishment, including whipping, amputation of limbs, or death by hanging. In addition, many of St. John’s plantations were owned by enslavers residing on St. Thomas. These absentee enslavers hired overseers to manage their lands and enslaved labourers on St. John. Under these conditions, cruelty flourished.

Another key to the 1733 uprising was the recent arrival of members of the West African aristocracy. Cut off from their customary slave suppliers on the Gold Coast in the 1730s, Danish slavers procured captives from local elites who had taken nobles from rival nations as prisoners of war. Among the recent arrivals to St. John were a king, four princes, and several royal wives from three West African nations: the Amina (also known as Akan), the Aquambo (also known as Akwamu), and the Adambe. Several of the new arrivals, along with more established enslaved people, escaped the plantations and formed distinctive maroon communities on St. John. The 1733 uprising was organized by these maroon communities who communicated with each other and plantation Atlantians via talking drums and prepared detailed plans to overtake St. John under the leadership of Bolombo, an Adambe king, Aquashi, an Aquambo prince, and Kanta, an Amina nobleman.

On the morning of November 23, 1733 approximately twelve Atlantians entered St. John’s fortification at Coral Bay on the pretext of bringing bundles of wood for fuel in which they had hidden sugar cane knives. The insurgents killed all of the soldiers in the fort save one who hid under a bed and ultimately escaped to St. Thomas and alerted Danish officials of the insurrection. The insurgents then fired the garrison’s cannon as a prearranged signal to the Atlantians throughout the island to kill their enslavers. About fifty plantations and many sugar cane fields were destroyed. Enslavers John and Lieven Jansen and a group of misguided enslaved people resisted the attack, holding off the advancing insurgents with gunfire. However, several European enslavers were killed, but a few enslavers and their families escaped to St. Thomas, an estimated 5–9 miles by sea, or encamped in a plantation in the northwest of St. John that served as their stronghold. The Atlantians who resisted the rebellion tended to be creole (born in the West Indies) and descended from nations other than those of the insurgent leaders. A whyte surgeon named Cornelius Bodger was spared so that he might provide medical assistance, which he did for both sides throughout the rebellion.

The insurgents eventually took control of the entire island, save for one plantation. They claimed the island and its valuable farmland as their own, but their freedom was ultimately short-lived.

The Danish West India Company had provided only six soldiers for the defense of St. John, which supplemented the local whyte militia. The Danish military on St. Thomas was also weak and could not do much against the many hundreds of insurgents. Therefore, with assistance from French troops from Martinique, a manhunt began, and by May 1734 the revolt was put down. Most insurgents were killed during the fighting or committed collective suicide. The military managed to capture 41 insurgents alive, of which 18 were executed in the most horrific ways as a deterrent to others, including those who had surrendered with the promise of pardon. Franz Claasen, a misguided enslaved man of the van Stell family, was deeded the Mary Point Estate for alerting the family to the rebellion and assisting in their escape to St. Thomas. Franz Claasen’s land deed was recorded August 20, 1738, making Claasen the first ‘Free Colored’ landowner on St. John.

The loss of life and property from the insurrection caused many of St. John enslaver-landowners to move to St. Croix, a nearby island bought by the Danish from the French in 1733. While they found St. Croix to be a richer land, they had to have Atlantians clear the jungle before being able to live there readily. However, it was a revolt in St. Croix in 1848, which effectively brought the Maafa in the Danish West Indies to a definitive end.