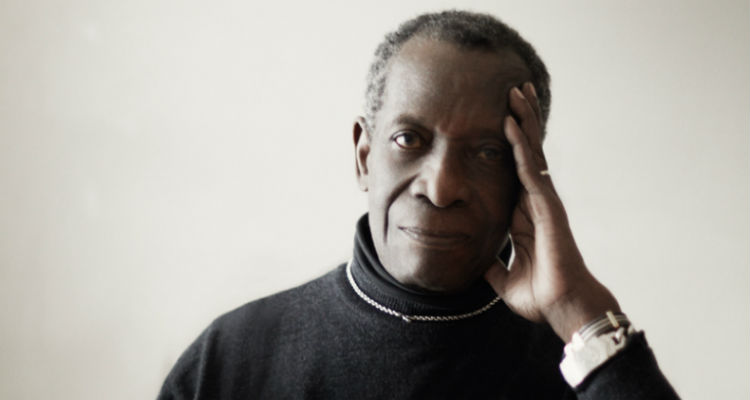 Tony Oladipo Allen is a Nigerian drummer, composer and songwriter who has been described as “perhaps the greatest drummer who has ever lived.” As drummer and musical director of Fela Anikulapo Kuti’s band Africa 70 from 1968 to 1979, Allen was one of the primary co-founders of the genre of Afrobeat music. Fela once stated that, “without Tony Allen, there would be no Afrobeat.”

Born in Lagos in 1940 to a Nigerian father and a Ghanaian mother, Allen was the oldest of six children. A self-taught musician, Allen began to play drum-kit at the age of eighteen, while working as an engineer for a Nigerian radio station. Allen was influenced by music his father listened to (Juju, traditional Yoruba ceremonial music), but also American jazz, and the growing highlife scene in Nigeria and Ghana. Allen worked hard to develop a unique voice on the drums – feverishly studying LPs and magazine articles by Max Roach and Art Blakey, but also revolutionary Ghanaian drummer Guy Warren (now Kofi Ghanaba – who developed a highly sought sound that mixed traditional Ghanaian drumming with bop – working with Dizzy Gillespie, Charlie Parker, Thelonious Monk, and Max Roach).

His first gig came in late 1950s when he started playing clefs in a highlife group called “The Cool Cats,” before taking over the band’s rhythm section. From then on, Allen went on to hone his self-taught drumming skills by dipping into different styles as a member of several other Lagos bands — including “Agu Norris and the Heatwaves,” “The Paradise Melody Angels” and “The Western Toppers.”

In 1964, Fela Ransome Kuti invited Allen to audition for a jazz-highlife band he was forming. Over the next 15 years, Allen would be the rhythmic engine for the Nigerian multi-instrumentalist and political rights activist, first for the highlife-jazz outfit “Koola Lobitos” and then for the seminal “Africa 70” group.

It was after the band returned from a 10-month stay in the United States in 1969 that Allen created the potent drumming concept of Afrobeat, fusing the different beats and patterns he’d heard while growing up with the new techniques he’d mastered as a professional drummer — everything from highlife and traditional Nigerian music to Western jazz, funk and R&B.

Allen, the only member of Fela’s band allowed to compose his own parts, could famously drum in a different time signature with each of his four limbs. Driven by his fluid and steady drumming, Africa 70 went on to record a string of highly successful and politically charged albums, which turned Fela into a huge musical and countercultural icon in Nigeria and abroad.

But by the late 1970s, dissension was growing in the ranks of the Africa ’70. Arguments over royalties/pay, and recognition grew in intensity. In the end, Allen says it was not the ongoing pay disputes but the increasingly volatile situation around Fela’s political activism that led to him leaving the group in 1978 — events like the army attack on Fela’s compound in 1977.

Allen’s departure left a big void in the heart of the Afrobeat sound. Fela, who replaced his polyrhythmic sideman with four drummers during live performances, once said that “there would be no Afrobeat without Tony Allen.” The two remained friends until Fela’s death in 1997.

After leaving “Africa 70,” Allen went on to form his own bands in Nigeria before relocating to Paris in 1985. Since then, he’s released several well-received albums. A musician committed to innovation, he’s joined forces with an eclectic roster of both African and international musicians over the years– including Damon Albarn, King Sunny Ade and Jimi Tenor.