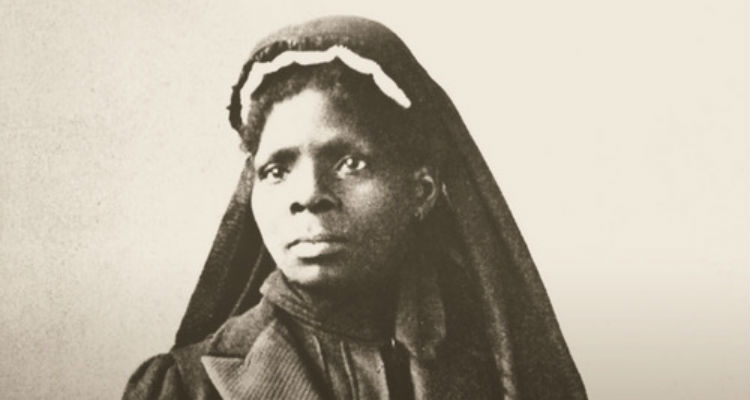 Susie King Taylor was the first Black Army nurse, who tended to an all-Black army troop named the First South Carolina Volunteers, 33rd Regiment, during the Civil War. As the author of Reminiscences of My Life in Camp with the 33d United States Colored Troops, Late 1st S.C. Volunteers, she was the only African American woman to publish a memoir of her wartime experiences. Taylor was also the first African American to teach openly in a school for former enslaved Blacks in Georgia. At this school, she taught children during the day and adults at night.

Susie King Taylor was born on August 6, 1848, as Susan Ann Baker, to an enslaved family in rural Georgia. At the age of 7, she and her brother were sent to live with their grandmother in Savannah, who had been given her freedom. Dolly Reed believed strongly in education and sent her grandchildren to a secret school for African-Americans run by a free Black woman, Mrs. Woodhouse. Susie soon became a skilled reader and writer. After learning all she could from Mrs. Woodhouse, she continued her education under the tutelage of various “teachers.” Her education ended when she was forced to return to her mother on the Isle of Wight after Reed was arrested at a suburban church meeting for singing freedom hymns.

In April 1862, Taylor fled with her uncle and his family to St. Catherine Island, where they received Union protection and a transfer to St. Simons Island. Taylor impressed the commanding officers with her ability to read and write and was offered a position running a school for children and adults on the island. At age fourteen, she taught forty children in day school and “a number of adults who came to me nights, all of them so eager to learn to read, to read above anything else.” She taught there until October 1862, when the island was evacuated.

While at the school on St. Simons Island, she married Edward King, an officer in the 33rd Regiment of the United States Colored Troops. For three years she moved with her husband’s and brothers’ regiment, serving as nurse and laundress, and teaching many of the Black soldiers to read and write during their off-duty hours. Despite her service, like many African American nurses, she was never paid for her work during the Civil War. After the war, she and King returned to Savannah, where she established a school for the freed children.

Edward King died in September 1866, a few months before the birth of their first child. There are few details about his death but scholars have noted that he died in a work-related accident at the pier unloading ships. Also around this time, Susie was forced to close her school when a free school opened nearby. In 1867 she returned to her native Liberty County to establish another school. In 1868 she again relocated to Savannah, where she continued teaching freedmen for another year and supported herself through small tuition charges, never receiving aid from the northern freedmen’s aid organizations.

By the early 1870s, she moved to Boston where she met her second husband, Russell Taylor. With nursing being a passion of hers, she soon joined and then became president of the Women’s Relief Corps, which gave assistance to soldiers and hospitals.

After a trip to Louisiana in the 1890s to care for a dying son, she began writing her memoir. In 1902 she published Reminiscences of My Life in Camp. In the book, she analyzes race relations and gender roles of her day, condemning the post-Reconstruction racism manifest in Jim Crow groups such as the ex-Confederate Daughters, and American-Cuban relations.

Susie King Taylor died in 1912 at the age of sixty-four in Boston. She is buried next to her second husband at Mount Hope Cemetery in Roslindale, Massachusetts.