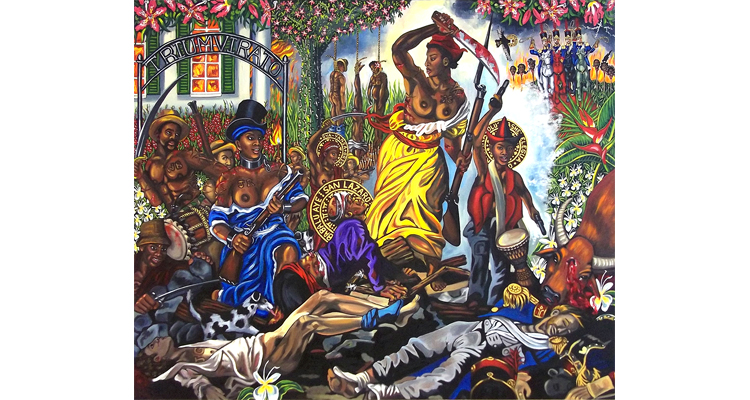 “There was a militarily gifted and exceptionally daring woman in the front line: Carlota, of Lucumbi origin…”

In 1843 Carlota, an enslaved woman, led a Maafa/Atlantic slavery uprising in Cuba. Her name was later given to Cuba’s operation in Angola – “Operacíon Carlota,” – which culminated in the battle of Cuito Cuanavale and the defeat of the South African army.

It is believed that Carlota was kidnapped from her Yoruba people and brought to Cuba as a child and forced into slavery in the city of Matanzas, working to harvest and process sugar cane under the most brutal of conditions, at the Triumvirato sugar mill.  In response to the appalling work conditions and brutal treatment by the Spanish enslavers, Carlota began to plan an uprising along with another bondwoman named Fermina. However Fermina’s role in planning the uprising was discovered by the Spanish, who had her severely beaten and imprisoned. 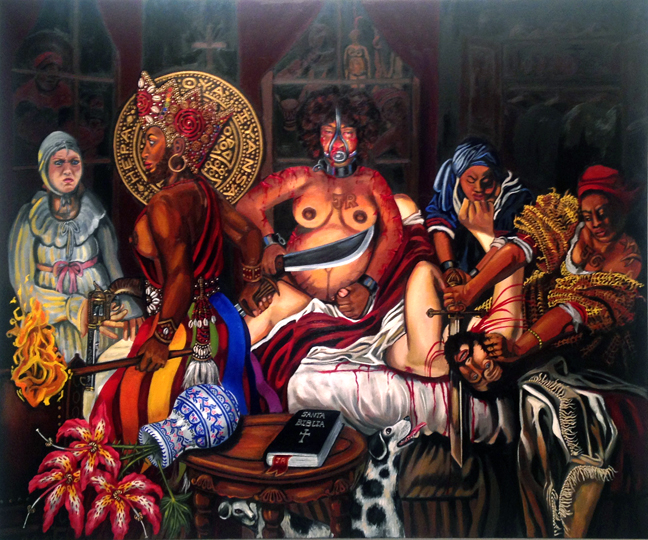 Despite Fermina’s imprisonment, Carlota continued to organize the uprising. Known for both her intelligence and musical skill, she sent coded messages using talking drums to coordinate a series of attacks.

On November 3rd 1843, Carlota led a raid which freed Fermina and a dozen other bondpeople from captivity. On November 5th the uprising began at the Triumvirato and Acane sugar plantations, forcibly overthrowing the Spanish enslavers. These attacks were led personally by Carlota, who went into battle wielding a machete.

The successes at Triumvirato and Acana had an impact on the enslaved population, resulting in further uprising in the area, which continued for a year, during which the warriors liberated bondpeople from at least five large sugar labor camps/plantations in Matanzas. The coffee and cattle estates of the area, were also attacked.

Testimonials of Carlota’s ferocity and leadership have survived in the colonial archives. Witness accounts describe her attacking María de Regla, an overseer’s daughter, with a machete; one fieldworker, Matea Gangá, notes that Carlota bragged about how hard she had struck her victim. De Regla survived Carlota’s attack and later told investigators that as she lay wounded, the “Black woman” had shouted to other bondpeople that “they should strike her harder because she was still living.”

In 1844 Carlota was captured during a battle in the San Rafael mill. Carlota was executed by being tied to horses sent to run in opposite directions.

Fermina was shot and killed in March 1844 along with seven other warriors.

In Cuba, the year 1844 became known as the ‘Year of the Lashes’ due to the tide of violence inflicted upon the enslaved population to make them accept their bondage.

In terms of its vigor and bravery, Carlota’s liberation struggle is part of the Cuban heritage of resistance against oppression. Thus her name has been enshrined as a symbol of the operation that gave rise to the Cuban military mission in Angola 30 years ago.