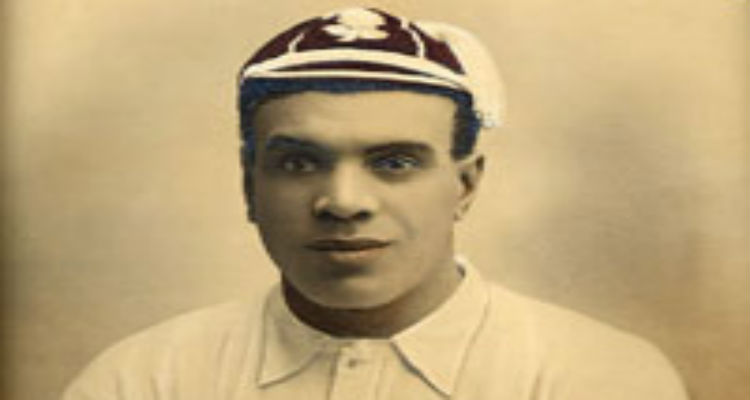 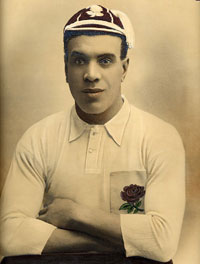 James Peters was the first Black man to play rugby union for England.

Peters was born on 7 August 1879 at 38 Queen Street Salford, Lancashire, England. His Jamaican father, George Peters, was from the West Indies and had worked in a circus until he was mauled to death in a training cage by lions. Peters then found himself in Fegan’s orphanage in Southwark and the Little Wanderers’ Home in Greenwich. Young Peters played cricket and rugby at school and was an outstanding (all-around) athlete winning the 100 yards, mile, long jump, high jump and walking races in 1894.

After leaving school Peters became a printer and his trade brought him to Bristol in 1898 and in 1900 he joined Knowle Rugby Club. Some white members objected to the inclusion of a Black man and resigned. He played 35 games for the city’s rugby team between 1900 and 1902, despite protestations from several committee members.

Peters then moved on to Plymouth, to work for the Royal Naval Dockyards in Plymouth – where he began a successful relationship with Plymouth Albion and also the Devon county team in 1903. He played for Devon team where in 1906 the South African team refused to take the field with there team to play the county when they discovered that Peters was a Black. The South African high commissioner stepped in and the game eventually went ahead in front of a crowd of 20,000 fans. However, when Devon won the County Championship the public began to campaign for Peters to play for England.

On 17 March 1907, Peters played for England against Scotland. The Sportsman commented that the “dusky Plymouth man did many good things, especially in passing.” However, The Yorkshire Post pointed out, “his selection is by no means popular on racial grounds”.

In 1910 Peters lost three fingers in a dockyard accident but continued to play until 1912. It was not injury, but politics that eventually forced James Peters out of rugby union, and he was accepted to play for the rugby league. Returning to his native North West of England, Peters played for Barrow in 1913 and then transferred to St. Helens in 1914 until his retirement from rugby.

James Peters – came to Bristol because his mother, sister and two brothers lived here with his sister.