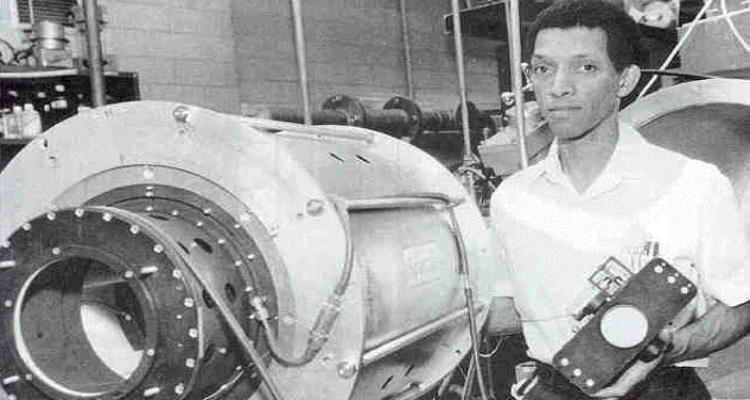 George Robert Carruthers is an African American astrophysicist, who is a pioneer in ultraviolet astronomy. Carruthers’ invention was first used in sounding rocket flights in 1966, and made the first detection of molecular hydrogen in deep space during a 1970 flight. His ultraviolet camera spectrograph used by NASA in the 1972 Apollo 16 mission produced about 200 photos revealing new features of Earth’s far-outer atmosphere, as well as deep-space objects from the perspective of the lunar surface. Carruthers has been the principal investigator for numerous NASA and DoD sponsored space instruments including a 1986 rocket instrument that obtained ultraviolet image of Comet Halley. His work on the Air Force ARGOS mission captured an image of a Leonid shower meteor entering the earth’s atmosphere, the first time a meteor has been imaged in the far ultraviolet from a space-borne camera. 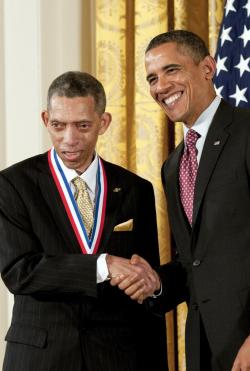 George Carruthers was born on October 1, 1939, in Cincinnati, Ohio, the eldest of George and Sophia Carruthers’ four children. George Carruthers, Sr. was a civil engineer with the U.S. Army Air Corps, and encouraged his son’s early interests in science. By the age of 10, the young Carruthers had constructed his own telescope with cardboard tubing and mail-order lenses he bought with money he earned as a delivery boy.

Carruthers’ father died when the boy was only 12. After his death, the family moved to Chicago, where his mother went to work for the U.S. Postal Service. Despite the emotional setback, Carruthers continued pursuing science. Although he did not do well in school studying maths and physics, Carruthers still went on to win three science fair awards – as one of only a handful of African-Americans competing in Chicago’s high school science fairs – including first prize for a telescope that he designed and built.

In 1964, Carruthers began working for the Naval Research Laboratory in Washington, D.C. where his work focused on far ultraviolet astronomy. Two years later he became a full-time research physicist at the NRL’s E. O. Hurlburt Center for Space Research. In 1969, the United States Patent office gave Carruthers credit for inventing the “Image Converter” – an instrument that detects electromagnetic radiation in short wave lengths – and in 1970 his invention recorded the first observation of molecular hydrogen in outer space. In 1972, Carruthers invented the first moon-based observatory, the far ultraviolet camera / spectrograph, which was used in the Apollo 16 mission.While an undergraduate, Carruthers focused on aerospace engineering and astronomy.

In the 1980s, Carruthers helped create a program called the Science & Engineers Apprentice Program, for high school students, which gave high school students the opportunity to work at the Naval Research Laboratory. In 1991, he invented a camera that was used in the Space Shuttle Mission. In 1996 and 1997, he taught a course in Earth and Space Science for D.C. Public Schools Science teachers. Then, in 2002, Carruthers began teaching a course on Earth and Space Science at Howard University.

Carruthers has been recognized by professional and academic organizations for his achievements. In 1993, Dr. Carruthers was one of the first 100 recipients of the Black Engineer of the Year award honored by US Black Engineer. The Office of Naval Research honored him as a distinguished Lecturer for his achievements in the field of space science. He is also a recipient of the Arthur S. Flemming Award, the Warner Prize from the American Astronomical Society, and an Exceptional Scientific Achievement Medal from NASA. In 2003, he was inducted into the National Inventor’s Hall of Fame for his work in science and contributions to aeronautical engineering.

In February 2013, President Barack Obama honored Carruthers by presenting him the National Medal of Technology and Innovation at the White House.