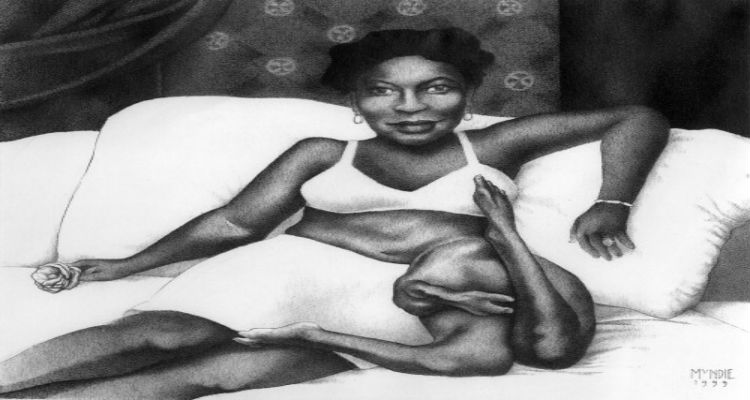 Betty Lou Williams was born Lillie B Williams in Albany, Georgia on January 10, 1932. She was the youngest of twelve children to a poor sharecroppers family. She was born with a parasitic twin, which consisted of two legs and an arm with three fingers and a rudimentary head embedded in her abdomen. Despite this, Betty Lou was a very healthy girl and doctors proclaimed that there was no reason she could not live a long and healthy life.

At the age of one, she became known to the showman Dick Best, who changed her name from Lillie to Betty, and he began showing her at his New York Museum, where she came to the attention of Robert Ripley of Believe It or Not? fame. Working for Ripley, at the age of two, Betty Lou made an astounding $250 a week. As she grew into adulthood, she made over $1000 a week. According to her promotional material, Betty’s “little sister” had its head embedded in her torso. Sometimes she dressed the twin in custom-made clothes when she wasn’t onstage. With her earnings she purchased a 260 acre, $40,000 farm for her parents and sent all eleven of her siblings to college.

Betty’s good looks and kind disposition did not go unnoticed by male suitors, and Betty became engaged to one of them. However the husband-to-be was little more than a heartbreaking thief. He left Betty Lou taking a great deal of money with him. Soon afterwards, despite doctor’s prediction that Betty Lou had “a good chance to live to be very old,” she suffered a severe asthma attack at her home in Trenton, New Jersey, and died at the age of 23 years old. Friends claimed that she died of a broken heart.