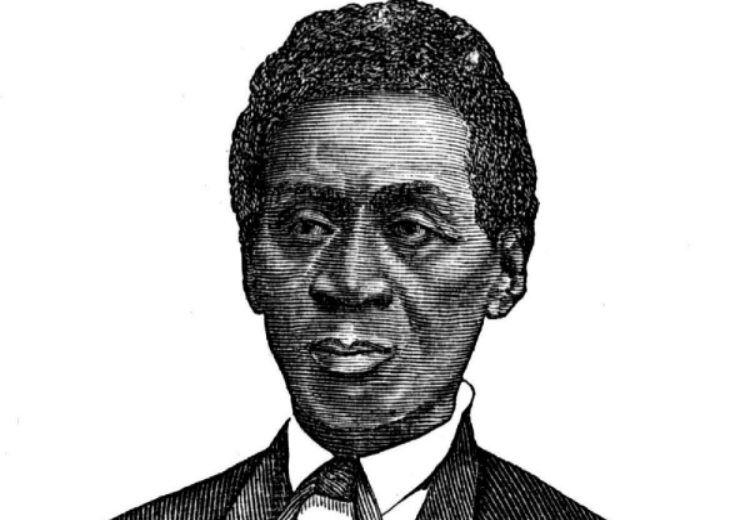 Samuel Green was an African-American self-emancipated anti-slavery activist who was jailed in 1857 for possessing a copy of the anti-slavery novel Uncle Tom’s Cabin by Harriet Beecher Stowe, after being suspected of aiding the “Dover Eight” in their escape from the Maafa (slavery). An underground railroad agent, Green is known to have helped Harriet Tubman and other fugitives to successfully reach freedom.

Green was born in East New Market, Maryland, to an enslaved mother. His father may have been enslaved. The identity of both parents remains unknown. He labored for the enslaver, Henry Nichols, until Nichols’s death in 1832. When his enslaver, he stated in his Last Will and Testament: “It is my will and desire that my negro man Sam Green, be sold for a term of five years and my negro man Daniel for a term of ten years, and to have the liberty to choose Masters, and after the expiration of said terms I do hereby manumit and set them free.”

During the next year, Green earned enough money to pay off his remaining four years of service. In 1842, he was able to purchase his wife Kitty for $100 from the enslaver Ezekial Richardson. Despite Richardson’s assertion that she was enslaved for life, Green freed his wife that same day. In 1855 a certificate was issued that showed Kitty Green was free. She was described as a “[Black] woman, age about 49 years, 4 foot 9 3/4 inches high, of a chestnut complexion with several scars on her right arm near the elbow, supposed to have been caused by a burn.” Their two children, Sam Jr. (born 1829) and Susan (born 1832), were subsequently sold by Richardson to Dr. James Muse in 1847.

Unlike many Blacks of the time period, Green was fortunate enough to receive at least some education. He was a “licensed exhorter” in the local Methodist Episcopal church; his title only allowed him to serve fellow Blacks officially, as only whytes could become full ministers with wider-ranging responsibilities. His reputation grew in stature in both the African American and whyte community of Dorchester County. In 1852, he served as a delegate to the Convention of the Free Colored People of Maryland in Baltimore, where he resisted efforts to encourage emigration to Africa. In October 1855 he attended the National Convention of the Colored People of the United States, held at Franklin Hall in Philadelphia, as a delegate from Maryland. He mingled with many prominent Northern Black abolitionists during the convention, including Frederick Douglass, Jacob Gibbs, Stephen Myers, William Cooper Nell, Charles Lennox Remond, John Rock, and Mary Ann Shadd Cary.

In August 1854, Green’s son, Sam Jr., a skilled blacksmith, ran away from Dr. Muse after learning that he might be sold. Sam Jr. found his way to the office of William Still, who forwarded him to the home of Charles Bustill, another prominent African American Underground Railroad agent in Philadelphia. From there, he was sent along swiftly to Chipaway, Ontario, Canada, just across the U.S. border near Niagara Falls, where he joined other Eastern Shore runaways living relatively free lives.

In his station journal, Still noted that Harriet Tubman had given the young man directions when she visited the previous spring. The Greens were certainly acquainted, perhaps closely, with Tubman, and it is also possible that they were related through her mother, the former Rit Green. During her various journeys back to Dorchester County, Tubman utilized Samuel Green’s home as a safehouse for herself and several fugitives. The respect that he had garnered from the whyte community over the years likely kept him from being violently confronted for such alleged crimes, as had happened to other suspected accomplices.

Once settled in Chipaway, Sam, Jr. wrote to his parents, telling them news of his successful journey to freedom, which included “plenty of friends, plenty to eat, and to drink.” He told his father to tell Peter Jackson and Joe Bailey, both locally enslaved men, to come to Canada as soon as they could. Jackson soon fled North with Tubman and her brothers in December 1854; Bailey would wait another two years before the right time presented itself. A group including Bailey and Peter Pennington definitely passed through Green’s East New Market home during their successful flight in late 1856. This fact was not lost on the Dorchester County courts that later convicted Green. Tragically, Sam Jr.’s sister Sarah was unable to flee; as the mother of two young children, Sarah may have been unwilling or unable to run away with her brother. Dr. Muse, angry over the escape of Sam Jr. and suspicious that Sarah might run off as well, sold her to a Missouri family, cruelly separating her from her husband and two young children.

By mid-March 1857, rumors were circulating that Green had played a role in the escape of the Dover Eight, a group of eight runways who had successfully eluded capture in a dramatic flight from Dorchester County.

One of the very few successful Maafa (slavery) escapes from the Bucktown area, the flight of the “Dover Eight” made national headlines. On March 8, 1857, eight bondpeople from Dorchester County escaped, but they were caught and trapped in Dover, Delaware. Henry Predeaux, Thomas Elliott, Denard Hughes, James and Lavinia Woolford, Bill and Emily Kiah, and an unidentified eighth man followed instructions given to them by Harriet Tubman. The group first sought help and shelter from Samuel Green in East New Market. Then they found assistance from Harriet’s father, Ben Ross, at Poplar Neck in Caroline County. The group then found their way to Thomas Otwell, a black Underground Railroad conductor in Delaware, to lead them closer to freedom.

Harriet believed in Otwell enough to entrust him with this group’s safety. Instead, he lured them to the Dover jail to collect the $3,000 reward for their capture. Through quick thinking and a show of force, the group successfully broke out of the jail and fled to Wilmington, then Philadelphia and on to Canada. Unfortunately, local slaveholders sought swift and stern justice. The Rev. Green was arrested and jailed on suspicion of aiding the group’s escape. Ben Ross nearly experienced the same fate. Elliott and Hughes temporarily joined John Brown’s small army in Canada before the raid on Harper’s Ferry.

When the Dorchester County sheriff searched Green’s house, he found the letters from Sam Jr. naming Jackson and Bailey, who had escaped to Canada with Harriet Tubman. Raising further suspicions, Green had recently returned from a trip to Canada to visit with his fugitive son. Authorities also discovered a Canadian map, various railroad schedules, and a copy of one volume of the two volumes set of Harriet Beecher Stowe’s 1852 best seller, Uncle Tom’s Cabin in his home. The novel elicited considerable anger from Southerners, who disliked a Northerner criticizing the institution in what they perceived as an inaccurate representation. After the Fugitive Slave Act was passed in 1850 and the bloody battles in Kansas several years later, distinct lines were being drawn between supporters and opponents of slavery’s existence. It was becoming increasingly dangerous below the Mason-Dixon line, particularly on the Eastern Shore of Maryland, to possess anything with even a hint of abolitionist sentiment.

Word of Green’s case soon spread throughout the country, and many could not believe that the events had actually occurred. Support for Green began to build and letters arrived at Governor Thomas Watkins Ligon’s door in favor of pardon. Letters from Dorchester County slave holders also arrived, stating that Green should remain behind bars, and that he was to blame for many runaways in the area. The barrage of petitions continued as Thomas Holliday Hicks, a native of Dorchester County, was elected as Governor in November 1857. Over 100 Northern Methodist Episcopal ministers signed a petition asking for his pardon, though members from his local religious community were hesitant to take a collective position on Green’s situation. Hicks, a firm believer in the right of citizens to own slaves, had a strong distaste for abolitionists, and declared that Green would remain in jail as long as he was in office. The Governor also believed that if he pardoned Green he would be “called an abolitionist and mobbed,” which he likely believed given local attitudes about the issue.

Green, because he was literate, worked in the warden’s office doing paperwork. The cost of the trial, however, forced his wife to sell their property in Dorchester County. Kitty Green then moved to Baltimore to be closer to Green, supporting herself by taking in laundry.

Hicks’s successor Augustus Bradford freed Green in 1862, on condition that he leave Maryland.

Green and his wife made off for Canada to join their son, but made numerous stops along the way. The notoriety of Green’s case had put him in high demand in abolitionist circles. He made speeches throughout the East Coast, working with such major figures as William Still and William Lloyd Garrison. Green was even able to meet Harriet Beecher Stowe, who gave him a new copy of Uncle Tom’s Cabin, which he had been unable to finish due to his imprisonment.

Green and his wife returned to Maryland after the American Civil War, settling in Dorchester County to resume their pre-trial lives. He was a very active member of the Delaware Conference of the Methodist Episcopal Church, working on committees for education and religious instruction. He later became involved in the Centenary Biblical Institute in Baltimore, which trained young men for the ministry and in time became known as Morgan State University. He and Kitty moved to Baltimore around 1874, presumably to devote more time to the Institute.

Samuel Green died on 28 February 1877 at age 75 or 76. The cause of death was inflammation of the kidneys. He had been sick two weeks. At the time of his death he lived at No. 11 Paris Alley. The Baltimore Sun ran a story about his death.