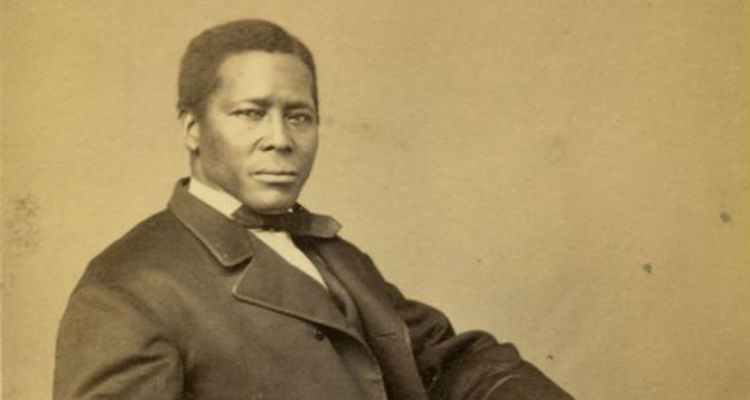 “It was my good fortune to lend a helping hand to the weary travelers flying from the land of bondage.”

William Still was an African-American abolitionist, conductor on the Underground Railroad, writer, historian and civil rights activist. As chairman of the Vigilance Committee of the Pennsylvania Anti-Slavery Society, he directly aided fugitives and kept records of their lives, to help families reunite after the Maafa (slavery) was abolished. After the American Civil War, he published his diary as The Underground Railroad Records, in 1872. Still was also one of the most successful Black businessmen in the history of the City of Philadelphia.

William Still was born October 7, 1821 in Burlington County, New Jersey, to Charity and Levin Still. Both of his parents were born into the Maafa, and had to change their names once they left Maryland. His father, was known as Levin Steel but changed his last name to Still. And his mother, Sidney, changed her first name to Charity to protect herself from re-enslavement.

Still’s parents had come to New Jersey separately. First, his father bought his freedom in 1798 from his enslaver in Caroline County. Charity escaped twice from Maryland. The first time, she escaped with their four children. They were all recaptured and returned to the Maafa. A few months later, Charity escaped again, taking only her two younger daughters with her. She succeeded in reaching her husband in New Jersey. Following her escape, Charity and Levin had 14 more children, of whom William was the youngest. Though these children were born in the free state of New Jersey, under Maryland and federal slave law, they were still legally enslaved, as their mother was an escapee. According to New Jersey law, they were free. Charity and Levin could do nothing for their older boys left in slavery.

William Still grew up with vivid images of the horrors of slavery. His parents instilled in him strong family and work values as well as pride and self-determination. He worked on his family’s farm until he was twenty, when he went to work for neighboring farmers. He had little formal education and was largely self-taught. In 1844 he left for Philadelphia, where he spent three years working at a number of odd jobs. In 1847, he married Letitia George, who gave birth to their four children. That year, he was hired as clerk for the Pennsylvania Society for the Abolition of Slavery.  Three years later he was named chair of the Philadelphia Vigilance Committee, the clandestine wing of the Abolition Society that organized the city’s Underground Railroad. Still and the committee helped shelter fugitives stopping in Philadelphia on the way to Canada. One of the fugitives he helped was his brother, Peter Still, who had been left behind by his mother during her escape.

Levin, Jr. and Peter  were sold from Maryland to slaveowners in Lexington, Kentucky. Later they were resold to planters in Alabama in the Deep South. Levin, Jr. died from a whipping while enslaved. Peter and most of his family escaped from the Maafa when he was about age 50.

After reaching Philadelphia, Peter sought help at the Pennsylvania Anti-Slavery Society to find his parents or other members of his birth family. When they first met, he and William Still had no idea they were related. But, as William listened to Peter’s story, he recognized the history his mother had told him many times. After learning that his older brother Levin was whipped to death for visiting his wife without permission, William shouted, “What if I told you I was your brother!” Later Peter and his mother were reunited after having been separated for 42 years.

“The heroism and desperate struggle that many of our people had to endure should be kept green in the memory of this and coming generations.”

Often called The Father of the Underground Railroad, Still helped as many as 800 enslaved African Americans escape to freedom. He was just a boy when he helped the first one escape. He never knew the man’s name; only that he was being hunted by slave catchers. Thus, he vowed that the stories of the fugitives would never be forgotten. He interviewed each person and kept careful records, including a brief biography and the destination for each, along with any alias adopted. He kept his records carefully hidden but knew the accounts would be critical in aiding the future reunion of family members who became separated under the Maafa.

Still also worked with other Underground Railroad agents operating in the South and in many counties in southern Pennsylvania. His network to freedom also included agents in New Jersey, New York, New England and Canada. Conductor Harriet Tubman traveled through his office with fellow passengers on several occasions during the 1850s and Still forged a connection with the family of John Brown. Still gave material aid to John Brown’s raid on Harpers Ferry and housed Brown’s wife after the raid.

During the Civil War Still devoted himself to business ventures; he opened a store that sold stoves, he sold provisions to black soldiers stationed at nearby Camp William Penn, and he started a successful coal business. In the late 1860s he led a successful campaign to end discrimination on Philadelphia streetcars, helped organize a research organization to collect data about African Americans, and played for the all-black Philadelphia Pythians baseball team, which was denied entry into a whyte league.

After the Civil War, Still published an account of the Underground Railroad, The Underground Railroad Records (1872), based on the secret notes he had kept in diaries during those years. His book, which is the only first person account of Black activities on the Underground Railroad written and self-published by an African American, went through three editions and in 1876 was displayed at the Philadelphia Centennial Exhibition. (It is available as a free e-text on Project Gutenberg.) The book portrays the fugitives as courageous, even heroic figures and their escape to freedom as an act of self-determination.

In the late nineteenth century Still developed several successful businesses and continued to devote himself to black social causes. In the 1870s and 1880s he supported local reform candidates, organized a YMCA branch for black youth, served on the Freedmen’s Aid Commission, and helped manage homes for African-American elderly and orphans.

In the early 1880s Still was one of a group of older black leaders in the Northeast who left the Republican Party to encourage black political independence and support of Democratic candidates when such support was advantageous to African Americans. Despite his extensive political activities, Still advocated economic self-improvement over politics as the best course for black advancement.

In 1888 Still and his son-in-law, Matthew Anderson, a prominent black minister and businessman in Philadelphia, founded the Berean Building and Loan Association, which provided loans to black home buyers. Still served as the association’s first president. From 1896 to 1901 he also served as president of the Pennsylvania Society for the Abolition of Slavery, which after 1865 continued to work for African-American rights and added “and for Improving the Condition of the African Race” to its title.

Still died in Philadelphia in 1902.