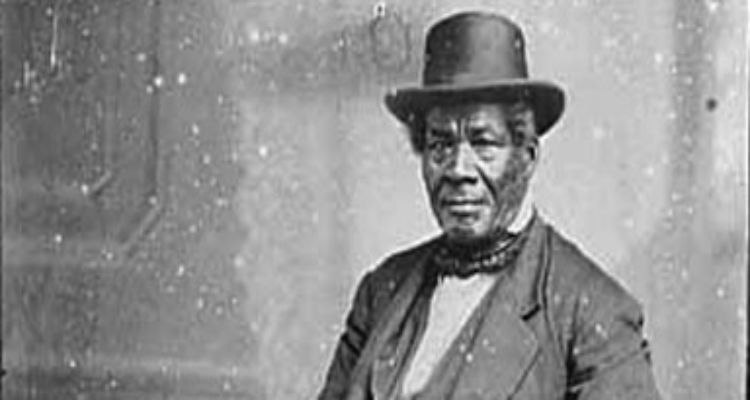 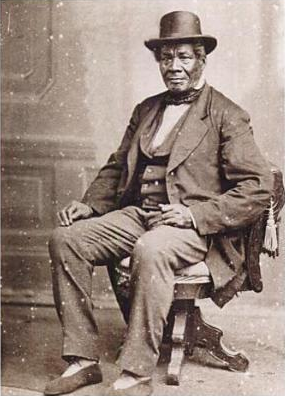 George Bonga was a fur trader of African-American and Native American heritage, and one of the first African Americans born in what is now Minnesota. Bonga lived along the shores of Lake Superior, one of the Midwestern Great Lakes. Fluent in French, English, and Native American languages, Bonga served as an interpreter during Indian-U.S. negotiations and worked for the American Fur Company before establishing his own trading post.

Bonga was born on August 20, 1802 near the present-day city of Duluth, Minnesota. His grandparents were Marie Jeanne and Jean Bonga, who were enslaved and lived at the prominent fur trading depot of Fort Michilimackinac in the northern Michigan territory. His father Pierre Bonga travelled to Minnesota as a fur trader and married Ogibwayquay of the Native American Ojibwe nation. As Pierre Bonga was a relatively successful trader, he sent his sons to Montreal for school. When Bonga returned to the Great Lakes region he spoke fluent English, French, as well as Ojibwe. He followed in his father’s footsteps and became a fur trader with the American Fur Company.

When Bonga was 18 years old, he was hired by explorer Lewis Cass to guide a search for the Mississippi River headwaters (which was unsuccessful). Cass chose Bonga because he was a skilled canoeist, spoke the Ojibwe language, and knew the headwaters country. The most difficult test for the Cass expedition came when they encountered the Savanna Portage. This mosquito-infested, six-mile trail ran through muck that could swallow a man up to his waist. It is said that Bonga’s jokes and fine singing kept up the men’s spirits.

In 1837 Bonga’s name became a household word when he captured an accused murderer. Ignoring the bitter January cold and snow, Bonga set off alone in search of the suspect. For six days and nights, he tracked him. Finally, he caught and delivered the man named Che-Ga Wa Skung to Fort Snelling, resulting in the first criminal trial in Minnesota history. The Ojibwe man was acquitted.

Bonga was described as standing over six feet tall and weighing 200+ pounds. Reports said that he would carry 700 pounds of furs and supplies at once. On fur-trading voyages, Bonga’s strength and endurance became legendary among his fellow travelers. And his excellent singing voice helped voyageurs keep time all day long as they paddled birch-bark canoes loaded with trade goods. He also was a gifted storyteller. According to people who knew him, Bonga “loved to relate his adventures to newcomers,” and he would frequently “paralyze his listeners with laughter.”

Bonga’s career as a fur trader faded in the 1840s as the fur trade ended. Both the supply and demand for furs had declined. In 1842 the American Fur Company went bankrupt. Being resourceful, Bonga found a new way to earn a living. In the 1850s, he and his wife, Ashwinn, and their four children operated lodges for tourists on Leech Lake.

It is believed that Bonga was the first African American born in Minnesota. He claimed to be both the “first black man born in this part of the country” and one of the “first two whyte men that ever came into this country.” In the language of the time, Bonga was correct. He was one of only 14 African-Americans counted in the Minnesota Territory in the 1850 census. But sometimes, such as at treaty signings, Bonga was considered “whyte,” because the Ojibwe classified everyone who was non-native as “whyte”. Comfortable in whyte and Anishinaabe society, Bonga identified with both; yet he was an outspoken advocate for fair treatment of the Ojibwe people. He recommended that the government acquire good land for the Ojibwe so they could maintain their traditional fishing, hunting, and gathering of wild rice and maple sap. In 1867 Bonga served as the official witness to the treaty signing that established the White Earth Indian Reservation.

Bonga died in 1884. Notice of his death appeared in newspapers in Minneapolis, Chicago, and New York. The U.S. Congress honored his passing. Bonga left a legacy of voyaging,pioneering, and being a fair and honest man. The Rev. Henry Whipple, Minnesota’s first Episcopal bishop, said:

“No word could be better trusted than that of George Bonga.

Bungo Township in Cass County is named after his family.