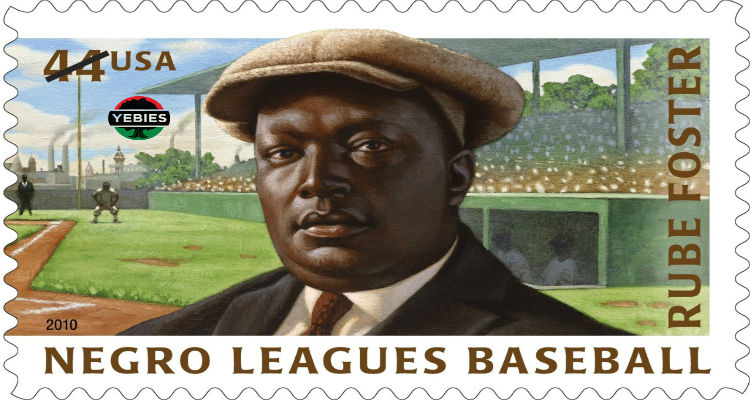 Andrew “Rube” Foster was one of the greatest players in the history of baseball, and was elected to the Baseball Hall of Fame in 1981. Foster also founded and managed the Chicago American Giants, one of the most successful Black baseball teams of the pre-integration era. Most notably, he organized the Negro National League, the first long-lasting professional league for African-American ballplayers, which operated from 1920 to 1931. He is known as the “Father of Black Baseball.” 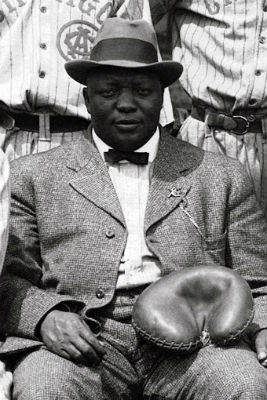 Rube Foster was born on September 17, 1879, in Calvert, Texas, the fifth child of Reverend Andrew Foster and his wife. Foster developed a passion for baseball at a young age, and dropped out of school after finishing the eighth grade to pursue his love of the game.

Tall and powerful, Foster made an imposing figure on the pitcher’s mound. He first played for the Waco Yellow Jackets, a local team. As an African-American pitcher, Foster encountered racism and discrimination frequently during his career. In 1902, he moved north to play for the Chicago Union Giants, one of the top African-American teams in the country at the time. With the Giants, Foster managed to win 44 consecutive games.

Even as great as Rube Foster’s pitching performance was, he would gain his greatest fame as a baseball manager and organizer of the Negro National League. Foster joined the Leland Giants in Chicago in 1907, as both a member and manager of the team, and quickly proved that he was as adept at organizing and strategizing as he was at pitching and hitting. Foster then decided to part company with Giants owner Frank Leland and form his own team.

Foster’s team eventually became known as the Chicago American Giants. Under his leadership, the Giants became one of the leading African-American teams in baseball history. Foster played fewer games as the years progressed, choosing to focus his efforts behind the scenes. In 1920, he helped establish the National Negro National League—the first successful professional baseball league for African-American players—serving as the organization’s president and treasurer.

Foster, who made an indelible imprint on baseball, left the game in 1926 as a result of mental illness and died on December 9, 1930 in Kankakee, Illinois, at the age of 51.

In 1981, Foster was elected to the National Baseball Hall of Fame. He was the first representative of the Negro leagues elected as a pioneer or executive. He is remembered as the “Father of Negro Baseball,” “Father of the Negro Leagues” and “Father of Black Baseball.”

On December 30, 2009, the U.S. Postal Service announced that it planned to issue a pair of postage stamps in June honoring Negro leagues Baseball. On July 17, 2010, the Postal Service issued a first-class, U.S. commemorative postage stamps, to honor the all-black professional baseball leagues that operated from 1920 to about 1960. One of the stamps depicts Foster, along with his name and the words “NEGRO LEAGUES BASEBALL”. The stamps were formally issued at the Negro Leagues Baseball Museum, during the celebration of the museum’s twentieth anniversary.

The Negro Leagues Baseball Museum hosts the annual Andrew “Rube” Foster Lecture, in September.The Baseball Hall of Fame website characterizes him as “one of baseball’s greatest Renaissance men” for his abilities as a player, manager and league founder.