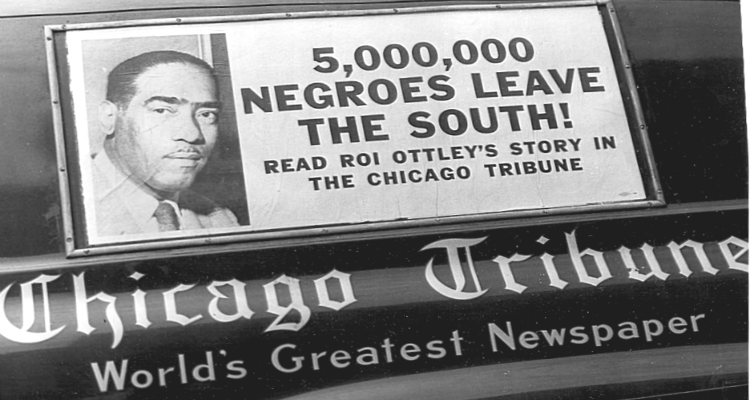 “All I have tried to do is to tell their story. Sometimes, moved deeply by such damnable acts of prejudice, I have allowed the words to cool and then I know it is not right. It must be told without passion. The facts must tell the story.” ~Roi Ottley 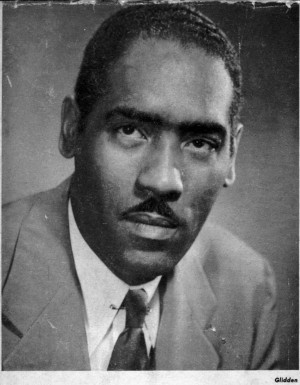 Vincent Lushington “Roi” Ottley was an African American journalist and writer. Although largely forgotten today, he was among the most famous African American correspondents in the United States during the mid-20th century.

Ottley was born in New York City on August 2, 1906, to Jerome Peter and Beatrice Ottley, the second of their three children. His parents had emigrated to the United States from the island of Grenada. He attended New York City public schools where he became known as an exceptional athlete in basketball, baseball and track. In 1926, Ottley went to St. Bonaventure College in Allegany, New York on a track and field scholarship, where he was among the very first group of African Americans to attend St. Bonaventure. A very popular and highly-respected student-athlete at St. Bonaventure, Ottley became involved in a number of activities. He was a frequent contributor to The Laurel, a literary magazine at St. Bonaventure. Ottley wrote articles and drew cartoons which appeared in both The Laurel as well as the campus newspaper, The Bona Venture. At St. Bonaventure, Ottley also managed and sang for Dumas Male Choir, an all-black youth chorus. Ottley, however, attended St. Bonaventure for only two years, as he transferred to the University of Michigan in 1928 to pursue a career in journalism.

In a 1944 interview with The New York Post, Ottley recalled how at St. Bonaventure, he “…found no racial prejudices but instead was accepted in all social gatherings.” Ottley’s experiences at the University of Michigan though, weren’t as positive. Instead, he “discovered plenty of prejudices,” and “was barred from such activities as debating and dramatics.” After staying at Michigan for only a year, Ottley decided to return home to New York City where he studied law for a short time at St. John’s University. While briefly attending school part time at Columbia and St. John’s, Ottley began working as a journalist.

From 1931 to 1937, Ottley worked for Amsterdam News as reporter, columnist, and editor. He also joined New York City Writers’ Project as editor in 1937. In 1943 he published New World A-Coming: Inside Black America, which described life for African Americans in Harlem, New York City, in the 1920s and 1930s. The book became a bestseller and was adapted into a series of radio programs; and won many literary prizes including the Life in America prize, an Anisfield-Wolf Book Award and a Peabody Award.

During World War II Ottley traveled to Europe where he became known as the first African-American war correspondent to write for a major paper. He covered the events of World War II on a day to basis for several major newspapers such as Liberty Magazine, PM, and the Pittsburgh Courier. Ottley focused primarily on race relations among the troops as well racism among Europeans and their respective countries. During his time in Europe, he logged over 60,000 miles and visited 22 countries. In 1945, he also became the first African American reporter to interview a Pope when he met with Pius XII in 1945.

He later worked for the Chicago Tribune, and for CBS and BBC radio.

Ottley reported on such events as the Normandy Invasion, the hanging of Mussolini, and the Arab–French conflict in Syria. He interviewed important political leaders such as Governor Talmadge of Georgia, and Samuel Green, Grand Dragon of the Ku Klux Klan. At the Chicago Tribune, he wrote series on the migration of African Americans from the rural South to the industrial North and its impact; the voting trends among African Americans; and the war. Ottley also devoted numerous columns to the individual accomplishments of Blacks within their communities. He wrote about new businesses and youth centers that Blacks were opening up throughout Chicago; the arrivals of new pastors; as well as the achievements of Black women within the city. While in Chicago, Ottley even hosted his own weekly radio show on WGN.

The Roi Ottley Collection at St. Bonaventure University has a significant amount of Ottley’s original work including the first drafts of his books, and a 194 page journal that he kept while he was overseas covering World War II which was finally published in 2011.